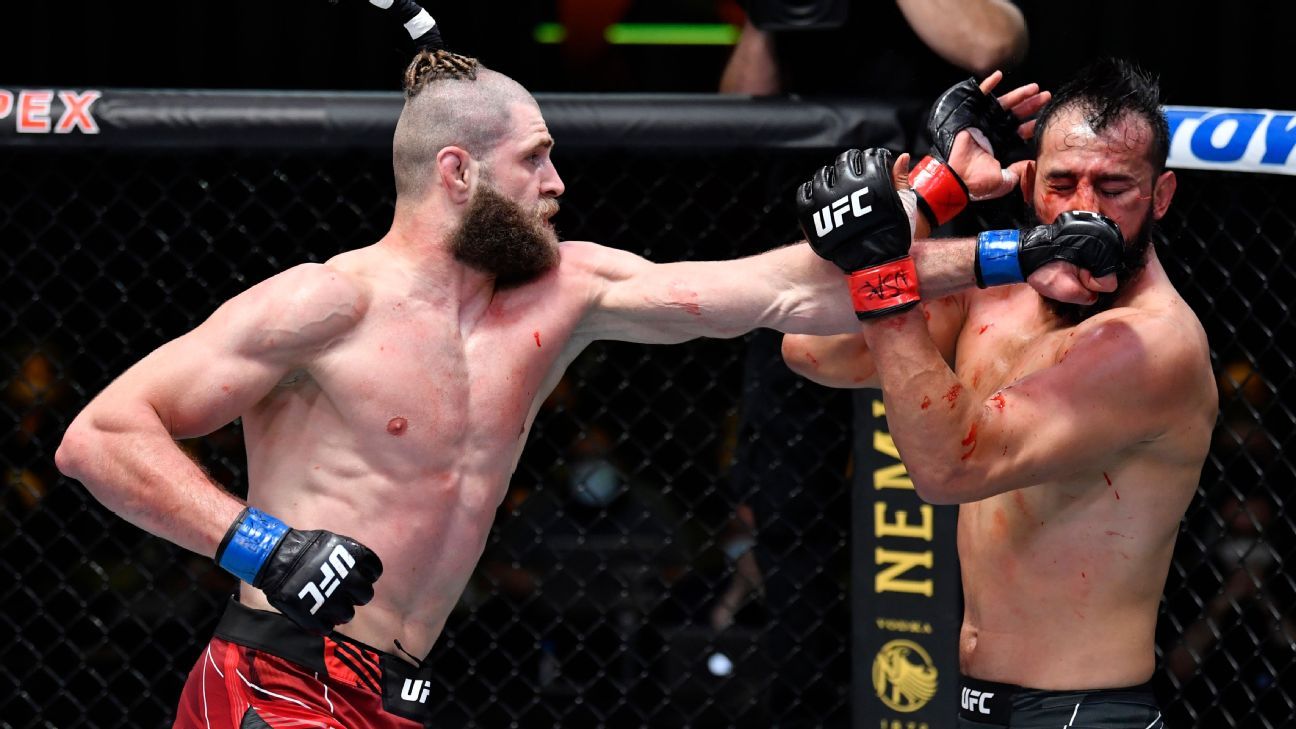 A new star might have just been born in one of the UFC’s premier divisions.

Jiri Prochazka knocked out Dominick Reyes with a spinning back elbow at 4 minutes, 29 seconds of the second round Saturday night in the main event of UFC Fight Night in Las Vegas.

It was only the third spinning back elbow KO in UFC history, and Prochazka is the heaviest man to pull off the feat in the Octagon. The spectacular finish will likely be a Knockout of the Year candidate.

The finish came as the culmination of nearly two rounds of a Prochazka onslaught. Prochazka bloodied Reyes up with unorthodox combinations out of switching stances in the first round. Reyes landed beautiful left-hand counters often, but Prochazka’s chin and pace were impressive. He never stopped coming — until Reyes wilted following the spinning left back elbow, which came after a right elbow with Reyes against the cage.

“I just flow,” Prochazka said in his postfight interview. “After some counter-punches from Dominick, I can have no chance to think for some plans. I just was in the flow. [I thought], ‘After that, maybe spinning elbow. OK, let’s try it.'”

Coming in, ESPN had Dominick Reyes ranked No. 4 in the world at light heavyweight and Prochazka at No. 10. UFC president Dana White said leading into this fight that the winner could be next in line for a light heavyweight title shot. Light heavyweight champion Jan Blachowicz will defend the belt against Glover Teixeira at UFC 266 in September.

“I just want to share the beauty of martial arts,” Prochazka said of his fighting style, which incorporates traditional martial arts.

Reyes (12-3) has now dropped three straight. In his last bout, he was knocked out by Blachowicz in a vacant light heavyweight title fight at UFC 253 last September. The California native is most known for taking all-time great Jon Jones to the brink in a unanimous decision loss at UFC 247 in February 2020, a bout many thought Reyes should have won.

Reyes, 31, has been considered by White as one of the future faces of the 205-pound division.

But now it seems like it could be Prochazka’s time.