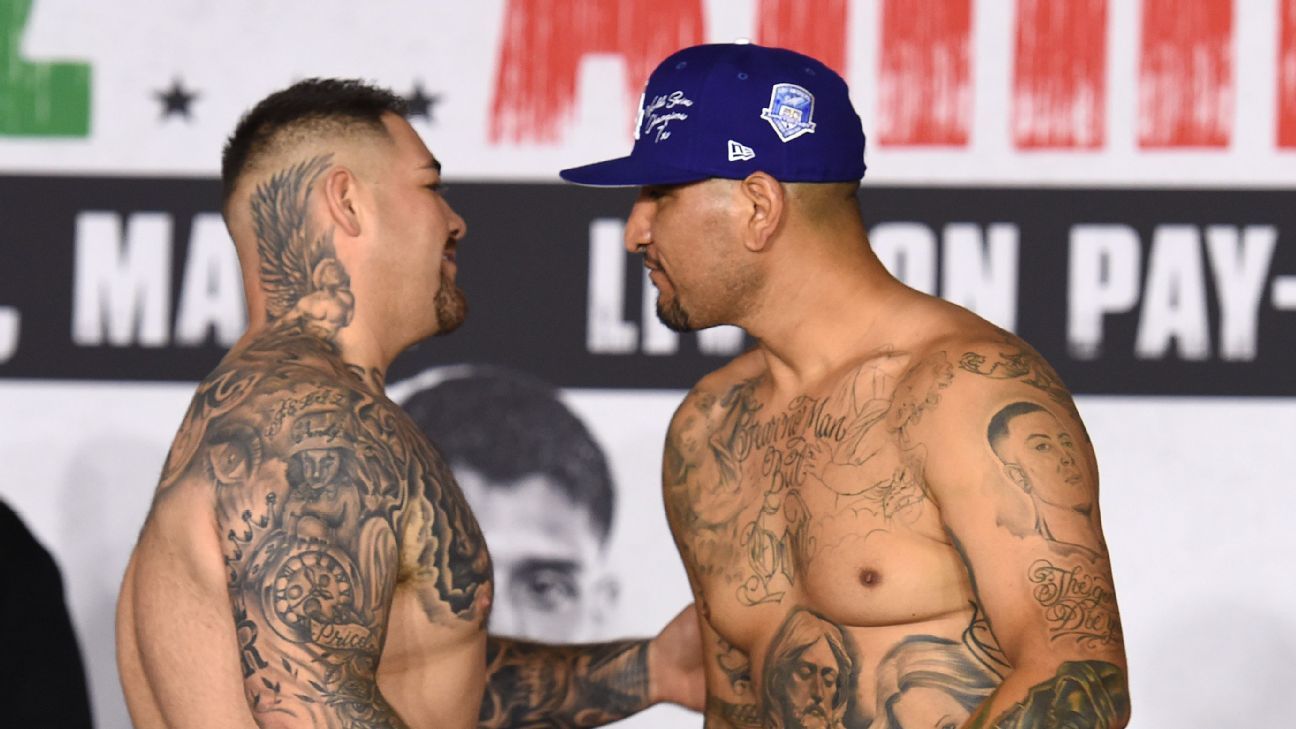 In a matter of three fights, Andy Ruiz has gone from underdog, to champion, to disappointment, to a man in search of a comeback — but the comeback is off to a good start.

It was an important night for Ruiz, 31, who upset Anthony Joshua to become the first Mexican heavyweight boxing champion in 2019, only to give his titles right back in an immediate rematch. After his weight ballooned to 310 pounds following the loss, Ruiz teamed up with Canelo Alvarez and trainer Eddy Reynoso, and came into this fight 27 pounds lighter than his last fight.