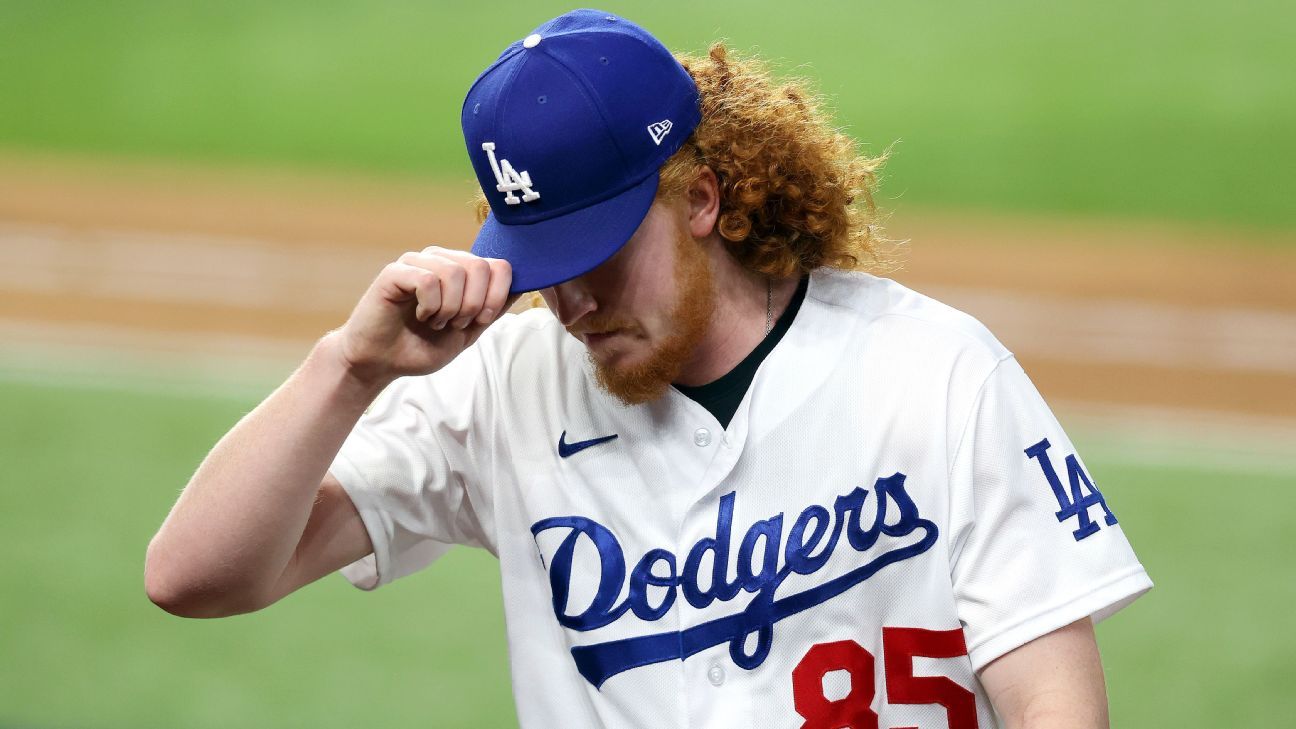 The surgery will be performed by Dr. Neal El Attrache. The recovery timetable usually falls somewhere between 12 and 16 months, a prognosis that could have May back for the stretch run of the 2022 season.

May, 23, has a 2.93 ERA with 111 strikeouts and 27 walks in 113 2/3 regular-season innings over the last three years. He won the fifth spot of the Dodgers’ rotation coming out of spring training and appeared to reach yet another level in his development, with a 2.74 ERA through five starts.

But May exited his Saturday start against the Milwaukee Brewers with pain in his right arm and underwent an MRI while the team was in Chicago on Monday.

The Dodgers began the season with an abundance of starting pitching, but are currently down to four starters — Clayton Kershaw, Walker Buehler, Trevor Bauer and Julio Urias. David Price, who was operating out of a bullpen role, is nursing a hamstring injury that could keep him out all month. And Tony Gonsolin is still on the injured list, though he has begun the process of being built back up as a starting pitcher.

The Dodgers have three scheduled days off over the next week and a half and should be able to get by with a four-man rotation momentarily.