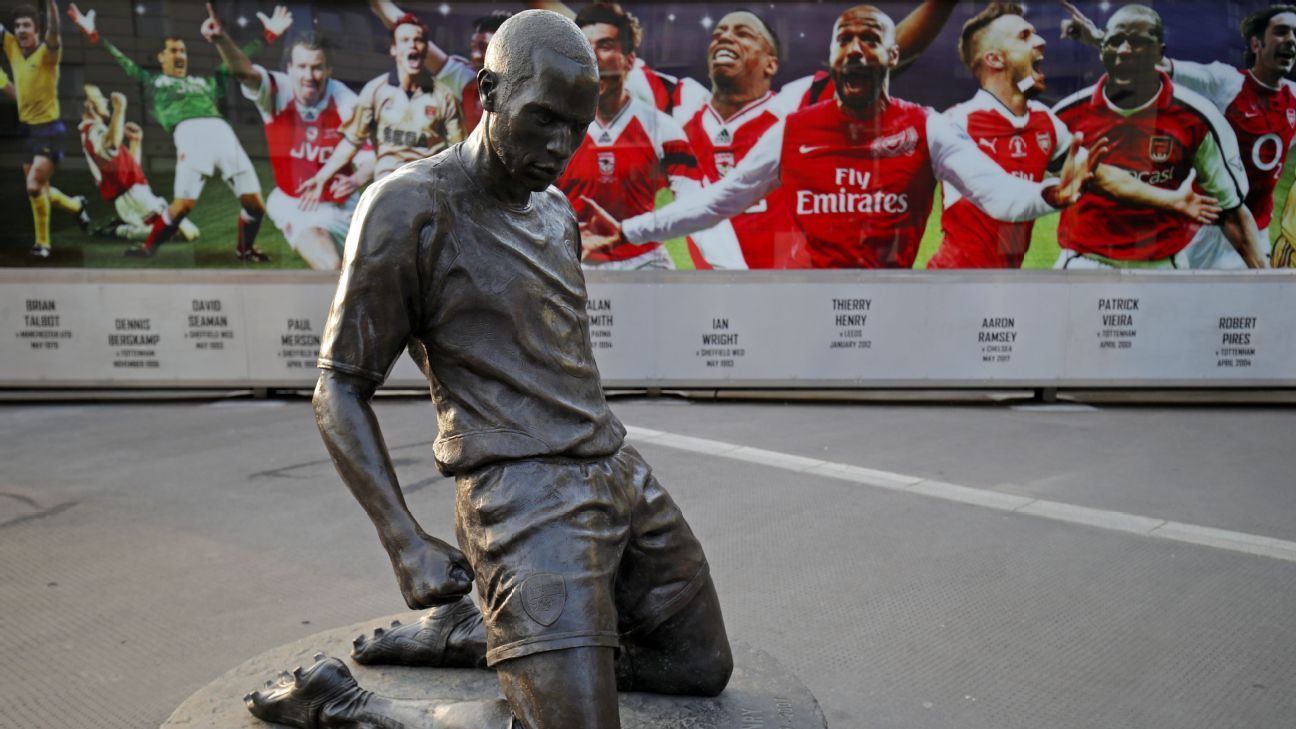 A potential takeover of Arsenal by Spotify CEO Daniel Ek will be protracted and might not happen, according to club great Thierry Henry, who has been consulted by the Swedish billionaire.

Ek recently spoke of his interest in buying Arsenal but has launched no official bid and current owner Stan Kroenke has stated the north London club is not for sale.

– Olley: Anti-Kroenke sentiment at Arsenal runs deep
– Arteta: Arsenal fans should get to know owners
– Ogden: Who were the ESL’s winners and losers?

“A takeover is going to be very long and not easy if it ever happens,” Henry told Sky Sports on Monday. “Daniel will not move away. He will be there waiting to see if they want to sell, that is going to take a long time.

“We know what we want to do but first and foremost we need to make sure we can take over, if they are listening. Let’s see where it is going to go, he reached out. I don’t know now how far they went.”

“He wants to reinject the Arsenal DNA, the identity that is long gone,” Henry said. “You don’t have Arsenal people there among the board that can sometimes show the right direction and that is what Daniel wants to do.

“He already said he collected the funds so he can make sure he can make a good bid. Now obviously they need to listen and see what they can do.

“Something that is very important about it, saying they want the owner out, we are trying to offer a solution of having the fans as the DNA back of the club.”