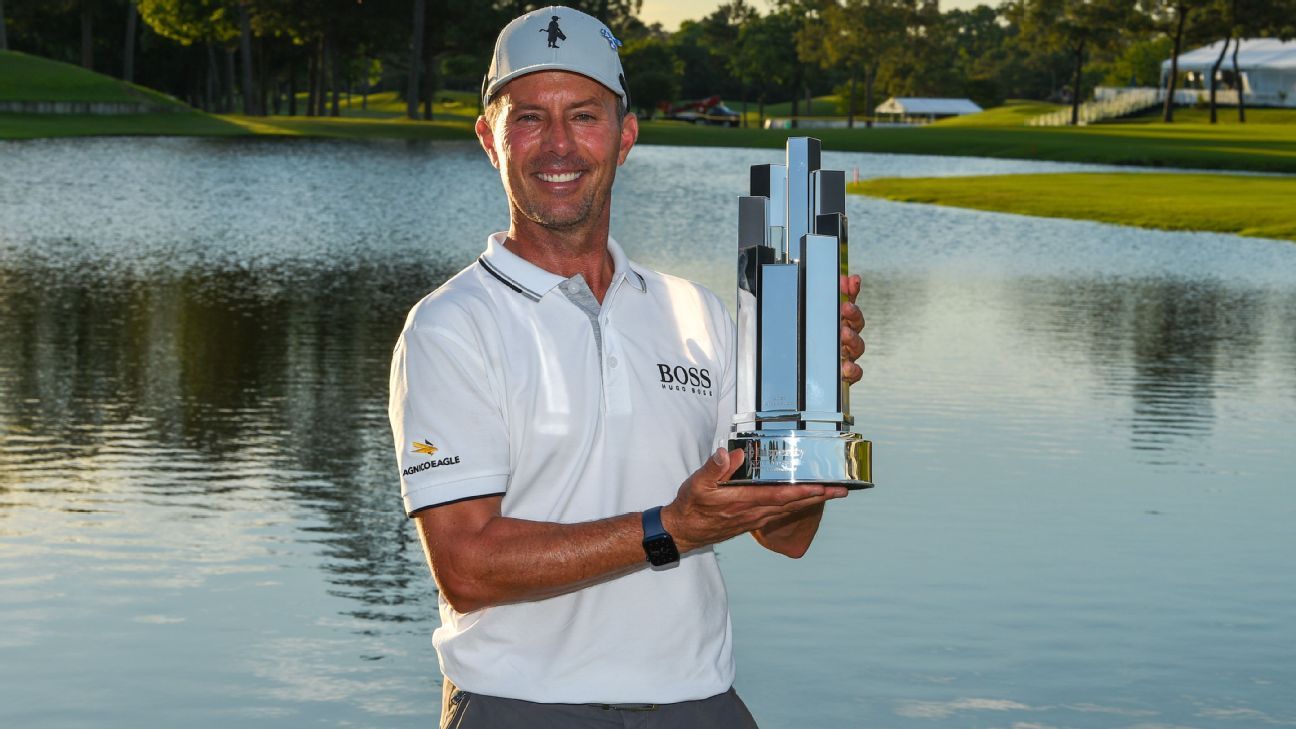 THE WOODLANDS, Texas — Former Masters champion Mike Weir won his first PGA Tour Champions event Sunday when he held steady with pars down the stretch for a 4-under 68 and let John Daly made the last mistake in the Insperity Invitational.

Weir and Daly were tied going down the stretch at The Woodlands, which was reduced to 36 holes because of heavy rain earlier in the week.

Daly, playing in the group ahead of Weir, was posing over his 9-iron over the water to the 18th green when it came up a fraction short and splashed next to the bulkhead. He made double bogey for a 69 and had to settle for runner-up.

Weir, who missed birdie chances inside 10 feet on the 16th and 17th holes, watched it all unfold and knew what he had to do. He fired his approach to about 15 feet behind the hole, and pumped his fist as he walked toward the green. He wound up winning by two shots.

“J.D. played great. It was unfortunate for him on the last,” Weir said. “This means a lot. I played really well today. I’m still a little off with my putting. I made it hard on myself. But I hit the shots that I needed. It feels very good.”

Because of rain that washed out the opening round Friday, the first round wasn’t finished until Sunday morning and the tournament was reduced to 36 holes. That turned it into a shootout, and Daly and Weir provided most of the action.

Daly holed a 25-foot eagle putt on the par-5 13th to take a two-shot lead, and it looked as though he was on his way. In the next group, Weir hit his approach to 3 feet on the 13th for a matching eagle to tie for the lead again.

Weir fell back with a bogey on the 14th, but he caught a break when Daly missed his 3-wood into the par-5 15th and had to settle for par, and Weir made birdie to catch him again.

Daly couldn’t believe he hit into the water on the final hole.

The 50-and-over circuit plays the first of its five majors next week at the Regions Tradition.

Daly tied for second with David Toms and Tim Petrovic, who each closed with a 71. Bernhard Langer (69) and Bob Estes (68) tied for fifth.