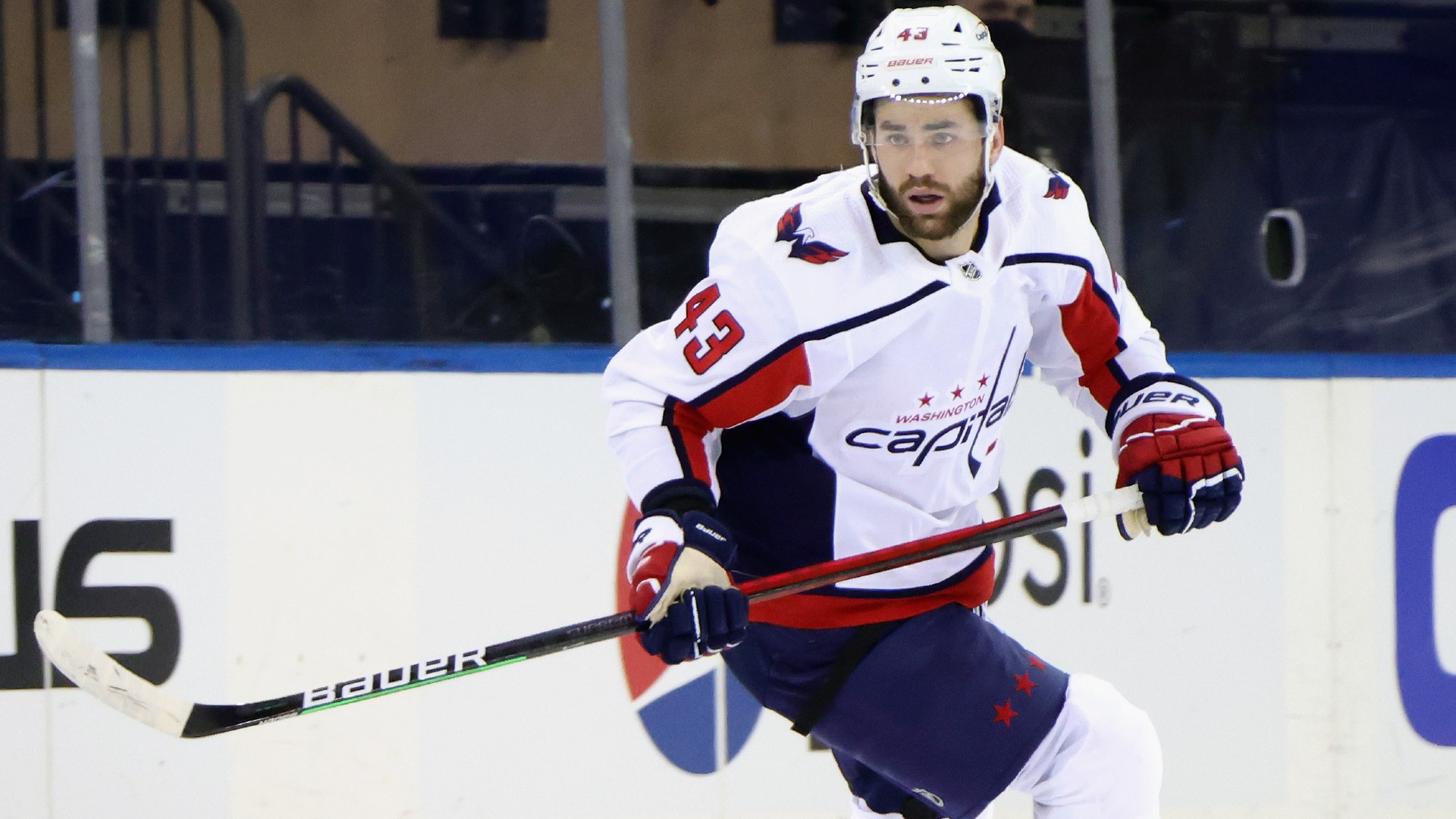 The Capitals’ forward sparked a skirmish during Monday night’s matchup vs. the Rangers after he sucker punched a prone Pavel Buchnevich in the second period, but the NHL deemed that Wilson’s conduct, somehow, wasn’t worthy of suspension. Instead, he was fined a maximum $5,000 for the punch.

Washington’s Tom Wilson has been fined $5,000, the maximum allowable under the CBA, for Roughing NY Rangers’ Pavel Buchnevich.

Wilson’s punch on Buchnevich, though, wasn’t particularly the most egregious act in the dust-up: As Rangers and Capitals players came together, Wilson grabbed a helmet-less Artemi Panarin by the hair and slammed him to the ice in an incredibly vicious and dangerous maneuver.

#AllCaps Tom Wilson should be suspended indefinitely from the NHL.

Tom Wilson grabs #NYR Artemi Panarin by the hair pulling him down as he body slams Panarin head first into the ice.

Enough is enough! Ban him for life. pic.twitter.com/M0pAtcLd60

Panarin’s head missed the ice by inches, and he would miss the rest of the game with a lower-body injury. Interestingly enough, the NHL decided not to take a look at the Panarin incident separately.

Wilson would be handed a 10-minute misconduct penalty for his role in the brawl, and the Rangers would go on to lose the game 6-3, also missing out on a spot in the Stanley Cup playoffs.

Needless to say, the NHL demonstrating questionable judgement in a punishment once again sparked outrage among fans on Tuesday.

This is so embarrassing, it almost makes me not want to watch hockey anymore. If someone like Tom Wilson can keep endangering everyone on the ice and get slaps on the wrist for it, I’m not sure this is a league I can support anymore

Pushing a player down by his neck and punching him in the head while his head is pinned against the ice is only a fine? Good to know!

You guys should take the “player safety” part of your title out. How many players does Wilson have to hurt before you have seen enough? Embarrassing.

You realize teams taking retribution into their own hands is the only result when you enable players like this right? You’re making the game more dangerous by not taking players like Wilson to task.

and what about the incident with Panarin?