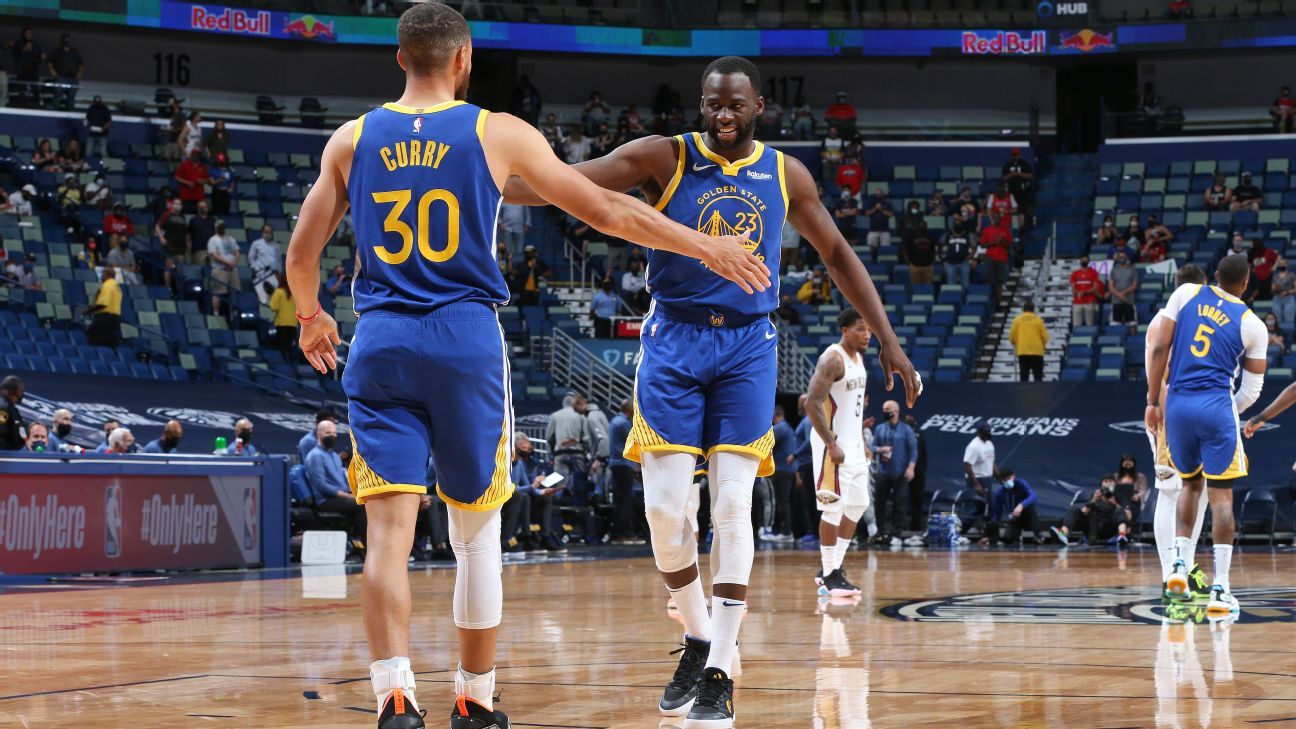 Stephen Curry has set the bar so high for himself that nobody seems surprised anymore when he puts up eye-popping numbers on a nightly basis.

The latest example came Monday night during a 123-104 win over the New Orleans Pelicans, as the Golden State Warriors star guard poured in 41 points. The offensive explosion marked the ninth time this season Curry scored 40 or more points in a game, and the sixth time in his past 15 games.

“Any time you step on the floor with Steph Curry there’s an advantage there,” Warriors forward Draymond Green said. “So teams are terrified of him — and everywhere he runs on the floor — with or without the ball, teams are terrified. That type of gravity, he pulls a lot of weight … I wouldn’t want to see a team with Steph Curry on it. We all know what he’s capable of. The guy can take over a game and make it hard for any team in the NBA on any given night.”

Curry’s offensive fireworks have given his young team a huge confidence boost as it embarks on the final two weeks of the regular season. With Monday’s win, the Warriors moved a half-game ahead of the Memphis Grizzlies for the eighth spot in the Western Conference playoffs. With the possibility of having to participate in the NBA’s play-in tournament growing stronger, the Warriors know that they have a trump card in Curry that the rest of the league fears.

“If you get into a street fight and you’ve got Mike Tyson standing on the side of you, how you gonna feel?” Warriors forward Juan Toscano-Anderson said. “That’s the best analogy I can give you. He’s just — he’s different, man. So I know if I get into a pickle, I’m looking for him; he’s going to make something happen more often than not. The defense, he’s just a magnet, the defense is just gravitating towards him so it’s opening up a lot of things.”

Even after all the accolades Curry has earned during his 12-year career, the two-time MVP understands the recent stretch he’s been on is different. Curry has always had high expectations for his own game — but after averaging 37.3 points in April and scoring 71 points over his first two games in May, even Curry seems a bit surprised at the level he’s been able to maintain for such a long stretch.

“Yes and no,” he said. “I haven’t done anything like this stretch in my career, but the work that goes into it — there’s no surprise there, so it’s just a matter of staying in the moment, enjoying what I get to do. Having the utmost confidence in what I can do out on the floor. And just enjoying the challenge because I know I got to play well for us to be who we want to be this year, and defenses are going to throw everything at me, and I got to be able to work with everybody out there on the floor to create shots and create offense and I’m enjoying it.”

Aside from Curry’s ongoing excellence, Warriors coach Steve Kerr offered high praise to Green for his own game on Monday. Green, who scored 10 points, grabbed 13 rebounds and dished out 15 assists while registering his fifth triple double of the season, also did his best to limit the Pelicans defensively, especially star forward Zion WIlliamson. Williamson still managed 32 points, but as Kerr noted, it was Curry and Green’s lead that the rest of the Warriors followed.

“If you had to pick one guy in the NBA to guard Zion, Draymond would be that guy,” Kerr said. “Because he’s seen everything, he’s the smartest defender in the league, but he’s got the strength to be able to stay in front of him. And we tried to help as much as we could without completely leaving shooters, but when you have Draymond it’s the ultimate weapon defensively.”

And with the ultimate offensive weapon in Curry, the Warriors are feeling good about their chances of qualifying for the playoffs in the near future. Curry knows the impact his game is having on the rest of his teammates — and their desire to raise the level of their own play is motivating him even more.

“You can feel it,” Curry said. “Especially like a night like tonight where I get it going in the first quarter, it boosts everybody’s confidence that we can create good shots … at the end of the day that’s what a vet’s supposed to do, they’re supposed to uplift everybody and I get energy from them when they meet that intensity and that aggressiveness and that attitude that we have.”