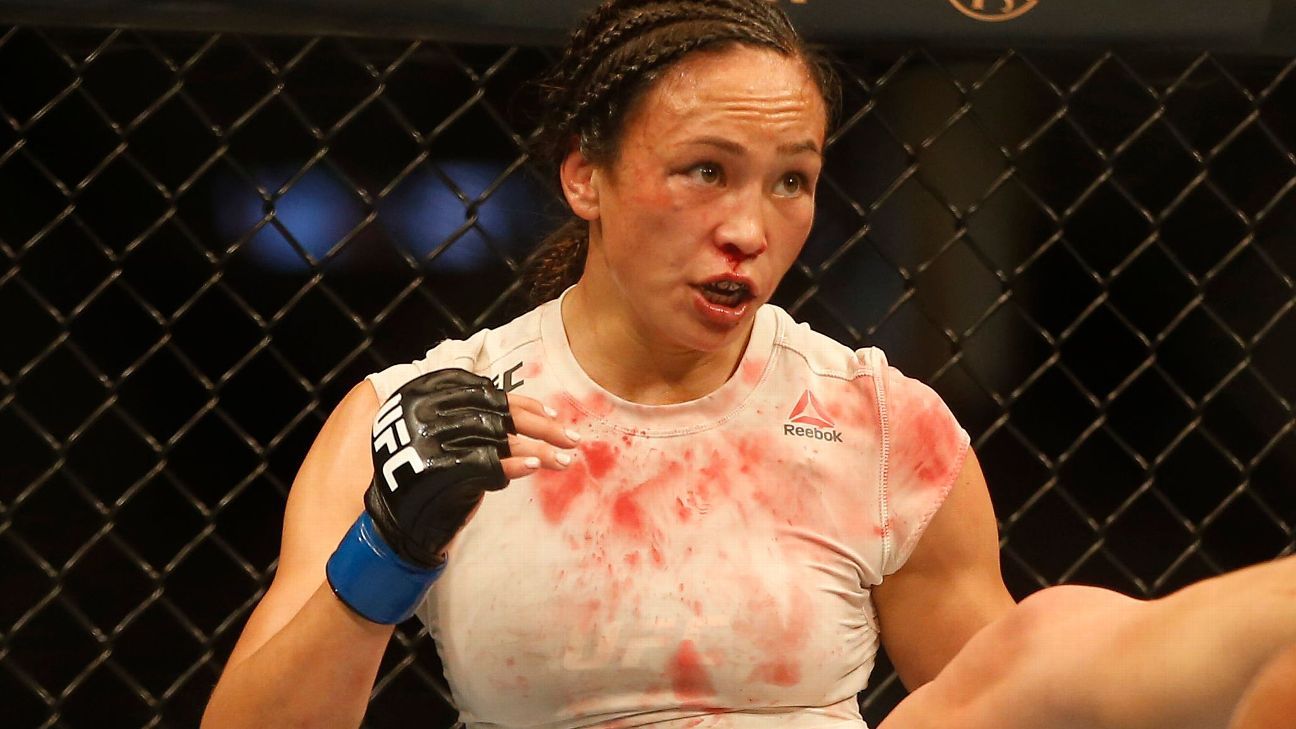 The UFC finally has an official main event for this coming weekend.

Rodriguez and Waterson are both top strawweights, but the bout will be contested a division up at flyweight due to the short-notice nature of the situation. The bout will still be five rounds, like typical UFC main events.

ESPN has Rodriguez ranked No. 6 in the world at strawweight; Waterson comes in at No. 9.

Rodriguez (13-1-2) has just one loss in six UFC appearances. The Brazil native is coming off a second-round TKO win over prospect Amanda Ribas in January. Rodriguez, 34, has lost just once in her career, to former UFC women’s strawweight champion Carla Esparza in a split decision last July.

Waterson (18-8) is one of the most well-known women’s fighters in mixed martial arts. Nicknamed “The Karate Hottie,” the New Mexico resident is coming off a split decision win over Angela Hill last September. Waterson, 35, has won four of her past six bouts with the only losses coming against Esparza and Joanna Jedrzejczyk, another former UFC champion.