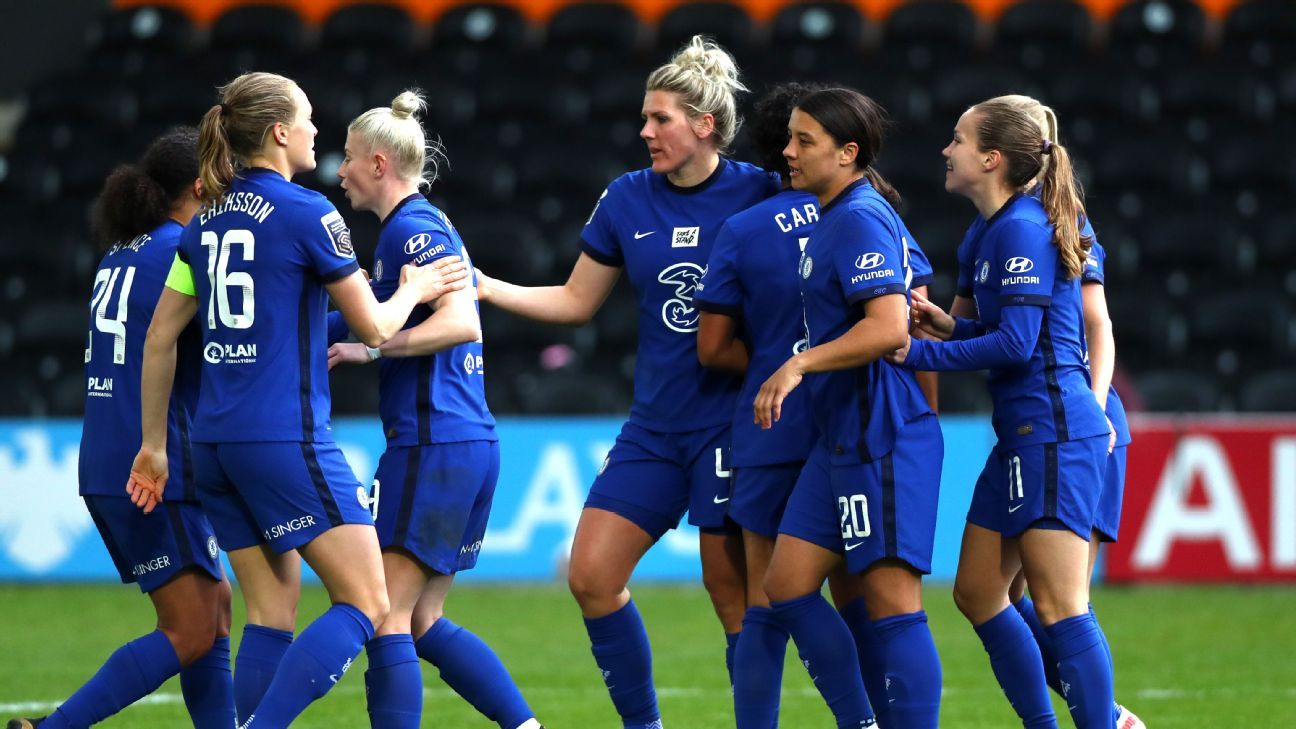 Striker Sam Kerr scored a goal in each half as Chelsea beat Tottenham Hotspur 2-0 to move back to the top of the FA Women’s Super League on Wednesday ahead of the final round of games.

The Blues are on course for a Quadruple this season having already won the League Cup and beating Bayern Munich to qualify for the Champions League final on Sunday, are on 54 points, two ahead of Manchester City with a goal difference of 54 compared to City’s 51. They are also still in the running for the FA Cup.

Australian Kerr put Chelsea ahead in the 41st minute when Norway winger Guro Reiten volleyed in a brilliant cross and although Bethany England failed to connect, Kerr was on hand to slam the ball into the net.

Reiten picked out Kerr again seven minutes into the second half. Her initial header was parried by Spurs keeper Rebecca Spencer, but Kerr blasted home the rebound for her 20th goal of the season.

Chelsea host sixth-placed Reading on Sunday and Manchester City visit West Ham United, who are ninth in the 12-team league and safe from relegation.

Information from Reuters was used in this report.