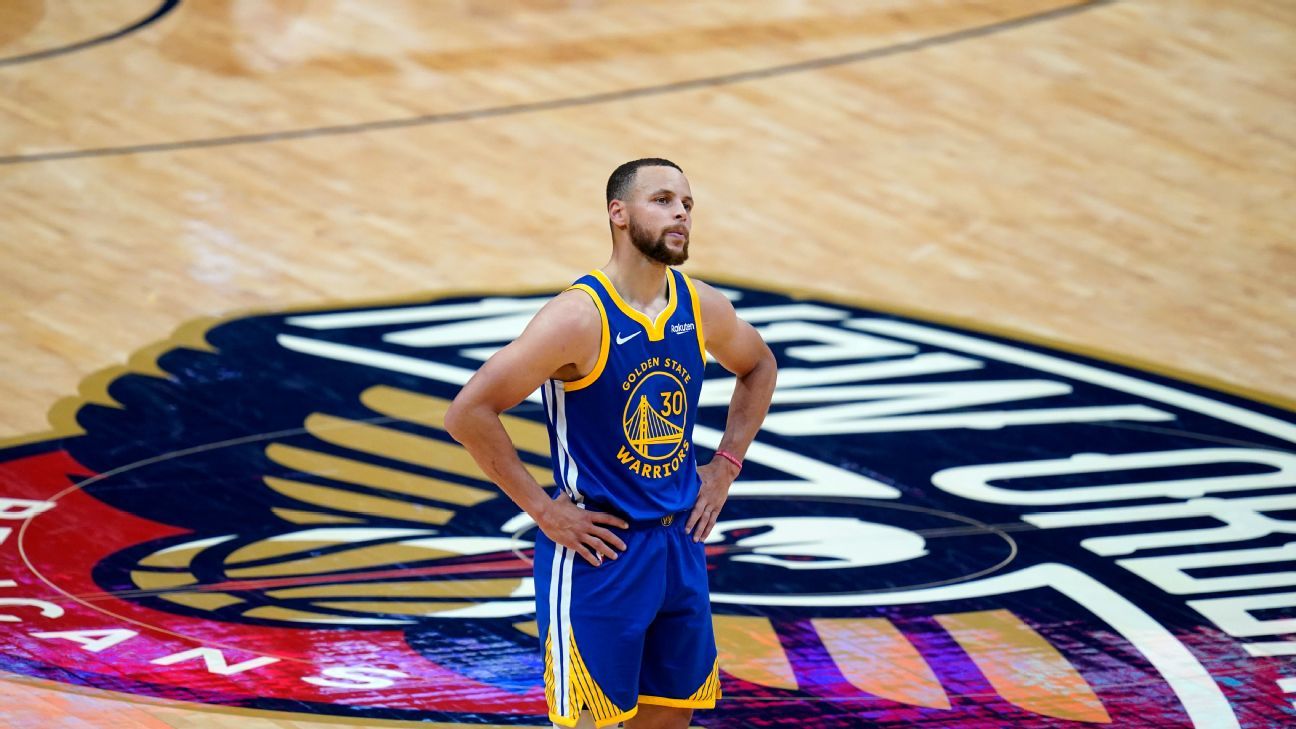 The New Orleans Pelicans finally found a way to slow down Golden State Warriors star guard Stephen Curry — all they needed was a lighting failure inside Smoothie King Center on Tuesday night.

With 3:58 remaining in the third quarter and the Warriors leading 77-71, Curry set up for another 3-pointer when the lights inside the building went out, leading to a one-minute delay before they came back on. Curry, who had scored 35 points up until then and appeared headed for his second straight 40-point game, managed just two more points in the final 16 minutes on 1-for-11 shooting, including 0-for-6 from beyond the arc.

And the Pelicans, who entered the night four games out of a Western Conference play-in position, started on a run that kept their faint playoff hopes alive with a 108-103 victory.

“I hadn’t seen that one before,” Curry said of the lights delay. “They tried to get me saying I shot it before the lights went out, but it’s a weird situation because we were flowing a little bit and I guess kinda after that it was kind of a rough offensive situation but — a tough game all the way around.”

ASM Global, which manages the venue, said it was “a brief technical error that was identified immediately and rectified.”

The Warriors followed Curry’s lead in going ice cold from the field after the lights came back on, scoring only 26 points in the final 16 minutes while shooting just 10-for-31 from the field.

So how much of an impact does Curry think the delay had down the stretch?

“It’s hard to say,” he said. “But it wasn’t as long as that one that happened in the Super Bowl that one year [Super Bowl XLVII in 2013], but it was kind of weird just in general, but it is what it is.”

Warriors coach Steve Kerr said he’s seen a lights delay “maybe a handful of times” during his career, but he did not think the stoppage had any impact on his team’s play — with both teams playing on the second night of a back-to-back.

Pelicans star forward Zion Williamson also said this was the first time he had ever played in a game with a lighting delay, before recalling a different stoppage that occurred during his professional debut at the Vegas Summer League on July 5, 2019.

“I have been a part of a game where an earthquake happened and stopped the game,” Williamson said. “Been around a little bit.”