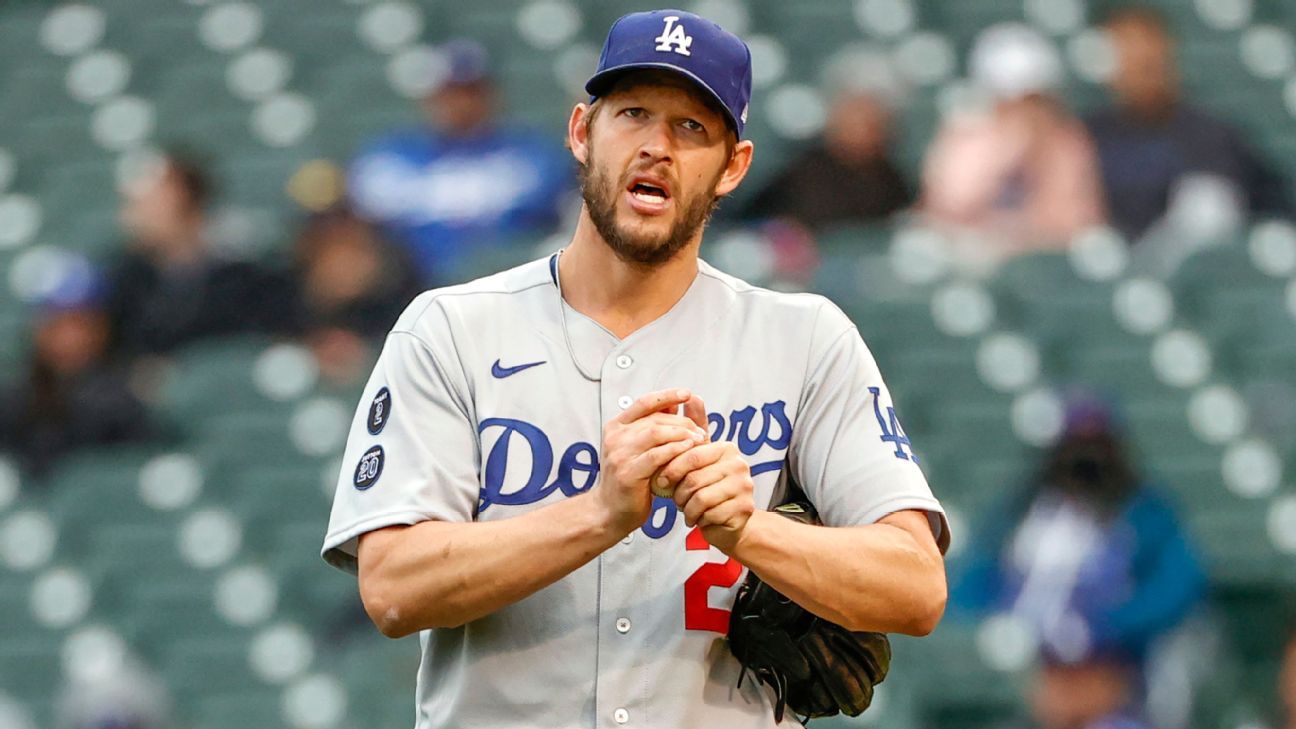 Los Angeles Dodgers ace Clayton Kershaw gave up four runs in just one inning — the shortest start of his career — in a 7-1 loss to the Cubs in the first game of a doubleheader Tuesday in Chicago.

Kershaw was pulled by manager Dave Roberts after throwing 39 pitches, giving up four hits and two walks while striking out two. According to ESPN Stats & Information, Kershaw’s previous shortest career start was 1 1/3 innings, which also came on May 4 (in 2010).

Roberts told reporters after the game there were no physical issues with Kershaw and that it was “an outlier of an outing.” Both said there have been no discussion about the left-hander pitching Saturday on short rest.

“It’s embarrassing,” Kershaw said. “No excuses. I was horrible. I put our team in a really bad spot. … Chalk it up to a really bad start and get ready for the next one.”

“I would have liked to continue to go and try to be better,” Kershaw said. “But when you’re that bad, you really can’t stand up for yourself too much.”

The three-time Cy Young Award winner saw his ERA rise from 2.09 to 2.95 as the Dodgers lost for the seventh time in nine games.

Kershaw gave up a one-out double to Kris Bryant, and things unraveled for him from there. Anthony Rizzo followed with an RBI single. Javier Baez walked and Matt Duffy singled to load the bases before David Bote drove a three-run double off the wall in left-center to make it 4-0.

“Everything was bad,” Kershaw said. “I’m not going to try and analyze it too much.”