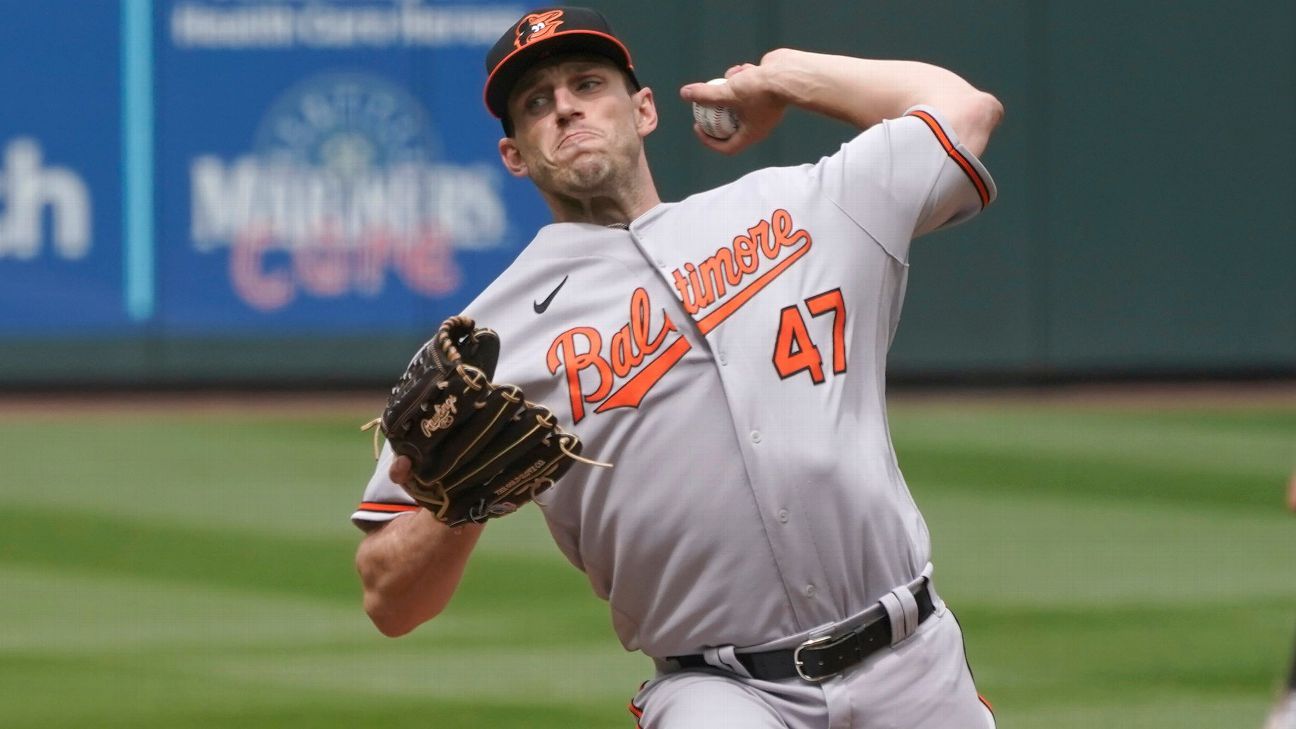 John Means was almost perfect for the Baltimore Orioles on Wednesday, but will happily settle for a no-hitter and one of the greatest pitching performances in Orioles history.

Means had never pitched more than seven innings in a game, but had the Mariners confused all day with his arsenal of a low-90s sinker, curveball and a terrific changeup. He struck out 12 and induced 26 swings and misses. He threw first-pitch strikes to a remarkable 26 of the 27 batters he faced — the highest percentage of first-pitch strikes in a complete game in the pitch-tracking era (since 1988).

The closest ball to a hit was J.P. Crawford’s flare to center field with two outs in the sixth inning, but Cedric Mullins made a sliding grab. That blooper had a chance to drop with a .480 expected batting average via Statcast measurements, but Mullins got a good jump and handled it easily.

Kyle Lewis flew out to the warning track in left field leading off the bottom of the eighth and the only hard-hit ball — a ball hit at 95 mph or higher — was a routine infield pop-up. Means entered the ninth inning at 101 pitches, but got Dylan Moore to pop up to third base on a 2-2 changeup, struck out Haggerty on another changeup, then got Crawford on a soft liner to shortstop for the 113-pitch no-hitter.

Means finished with a Game Score of 99, the highest in Orioles history for a nine-inning game. Erik Bedard and Mike Mussina shared the record at 98, both in 15-strikeout shutouts. Means improved to 4-0 with a 1.37 ERA in 2021.

Mean’s no-hitter is already the third this season. The San Diego Padres‘ Joe Musgrove (against the Texas Rangers on April 9) and the Chicago White Sox‘s Carlos Rodon (against the Cleveland Indians on April 14) also have achieved the feat this season.