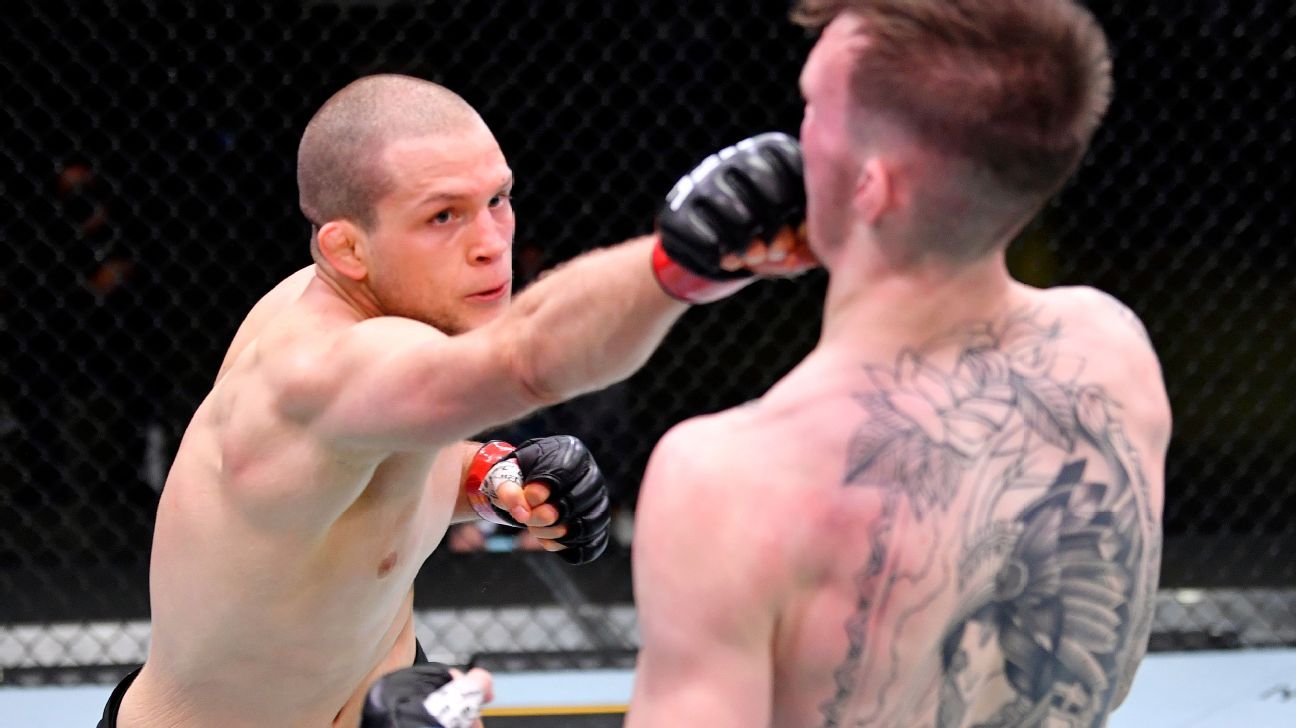 Donald “Cowboy” Cerrone has a new, short-notice opponent for his welterweight bout this weekend.

The popular UFC veteran will take on Alex Morono at UFC Fight Night on Saturday in Las Vegas, sources confirmed to ESPN on Monday night. The bout will be the co-main event of the card.

Morono is taking the bout on just five days’ notice. Cerrone’s initial opponent, former JacksonWink MMA teammate Diego Sanchez, was removed from the fight and subsequently released by the UFC last week when Sanchez’s team would not confirm with the promotion that the fighter was in good health.

Cerrone (36-15, 2 NC) has the most wins (23) and finishes (16) in UFC history. The Colorado native, who fights out of New Mexico, last fought in September, a split draw with Niko Price that was then overturned by the Nevada State Athletic Commission (NSAC) to a no contest when Price tested positive for marijuana.

Cerrone, 38, is looking for his first win since 2019, a winless stretch of five bouts.