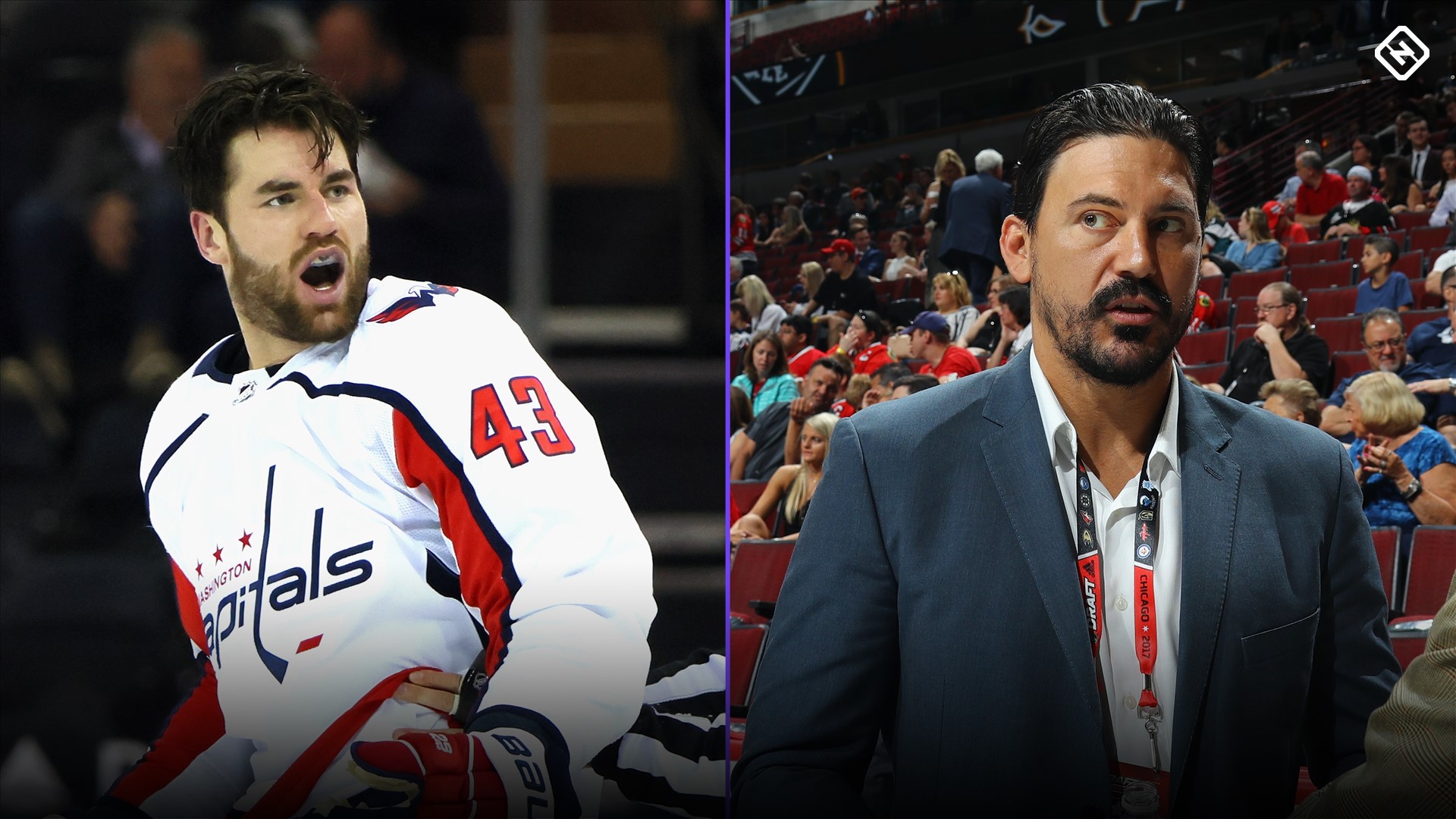 In what may be a first for the NHL, the Rangers organization took direct aim at the NHL’s Department of Player Safety and George Parros on Tuesday regarding the lack of a suspension to Capitals forward Tom Wilson.

“The New York Rangers are extremely disappointed that Capitals forward Tom Wilson was not suspended for his horrifying act of violence last night at Madison Square Garden,” the team statement read.

“Wilson is a repeat offender with a long history of these type of acts and we find it shocking that the NHL and their Department of Player Safety failed to take the appropriate action and suspend him indefinitely. Wilson’s dangerous and reckless actions caused an injury to Artemi Panarin that will prevent him from playing again this season.

“We view this as a dereliction of duty by NHL Head of Player Safety, George Parros, and believe he is unfit to continue in his current role.”

Wilson on Monday punched a defenseless Pavel Buchnevich while the latter was down on the ice. After Ryan Strome came to his teammates’ aid, Panarin then stepped in as well; WIlson pulled the helmet-less Russian’s hair before body-slamming him to the ice and punching him.

For his role, Wilson got 14 minutes in penalties (a double-minor and a 10-minute misconduct). Panarin, a Hart Trophy finalist in 2020, did not play the rest of the game. On Tuesday it was confirmed he would miss the team’s last three games of the season with a lower-body injury. Per the statement, the injury occurred during the incident with Wilson.

Earlier on Tuesday, the NHL’s Department of Player Safety announced Wilson was fined the maximum $5,000 allowed by the CBA for “roughing” Buchnevich. His interactions with Panarin went unscathed. Wilson’s salary is $5.16 million, so the sum is just peanuts to him.

“I just think it’s a joke, to be honest with you,” Strome told reporters Tuesday. “I know it’s not my responsibility to make decisions, but I just can’t believe that. I think it sends a bad message, in my opinion. I think everyone pretty much agrees with that. And I just think that the league missed one here big time.”

The Rangers, an Original Six franchise with one of the most powerful owners in the game, called on the league to fire Parros. While this is likely the first time a franchise took aim at him, Parros’ suspensions (or lack of) have often been called into question. An ex-NHL enforcer, Parros has been in charge of the league’s player safety department since September 2017.

There’s a good chance the Rangers get a hefty fine from the NHL — more than what Wilson paid — regarding their statement.

Considering Wilson’s longstanding history of dirty plays and suspensions — three fines and five suspensions that date back to before Parros’ tenure began — his lack of suspension left many around the hockey world shocked. That includes ex-NHL enforcer John Scott and ex-NHL referee Paul Stewart. (The pair released their thoughts on what occurred prior to the Rangers statement).

Scott, who played for a number of teams, including the Rangers, was a contemporary of Parros. He called Wilson’s actions “gutless, terrible hockey.”

“What this means though is it’s fair game, baby, in any scrum,” he said during the two-minute video. “If you go into a scrum anywhere on the ice and you see a star player I’m throwing sucker punches, I’m grabbing this guy, I’m twisting ankles, I’m doing whatever I can because the worst thing that’s going to happen to me is a $5,000 (fine) because I can’t see anyone doing anything more than what Tom Wilson did to Panarin. Honestly. I feel bad for Panarin. The guy comes in to help out his teammate just to calm things down and Wilson jumps on his back.

“Shame on you, NHL, you guys should’ve did something to protect Panarin and then shame on Wilson. You gotta know better.”

Stewart, an eight-year hockey professional and 17-season official in the league, posted a Twitter thread in which he called DoPS spineless. He added that Parros is merely a figurehead and that the issues really fall at the feet of hockey operations — senior executive vice president of hockey operations Colin Campbell.

Tom Wilson (again) showed himself to be a fraudulent “tough guy” by opportunistically going after skill/finesse players. He wouldn’t have pulled that crap if he had to directly answer for it to a Probert, O’Reilly, Dave Brown, Fotiu, Odjick, Grimson, Twist, Chase, etc.

Also, blaming George Parros for DOPS’ flaws is like blaming Ronald McDonald for the food quality at McDonald’s. He’s a figurehead symbol.

For those who don’t know: In the NHL, the officiating department and DOPS are under the thumb of the director of hockey ops.