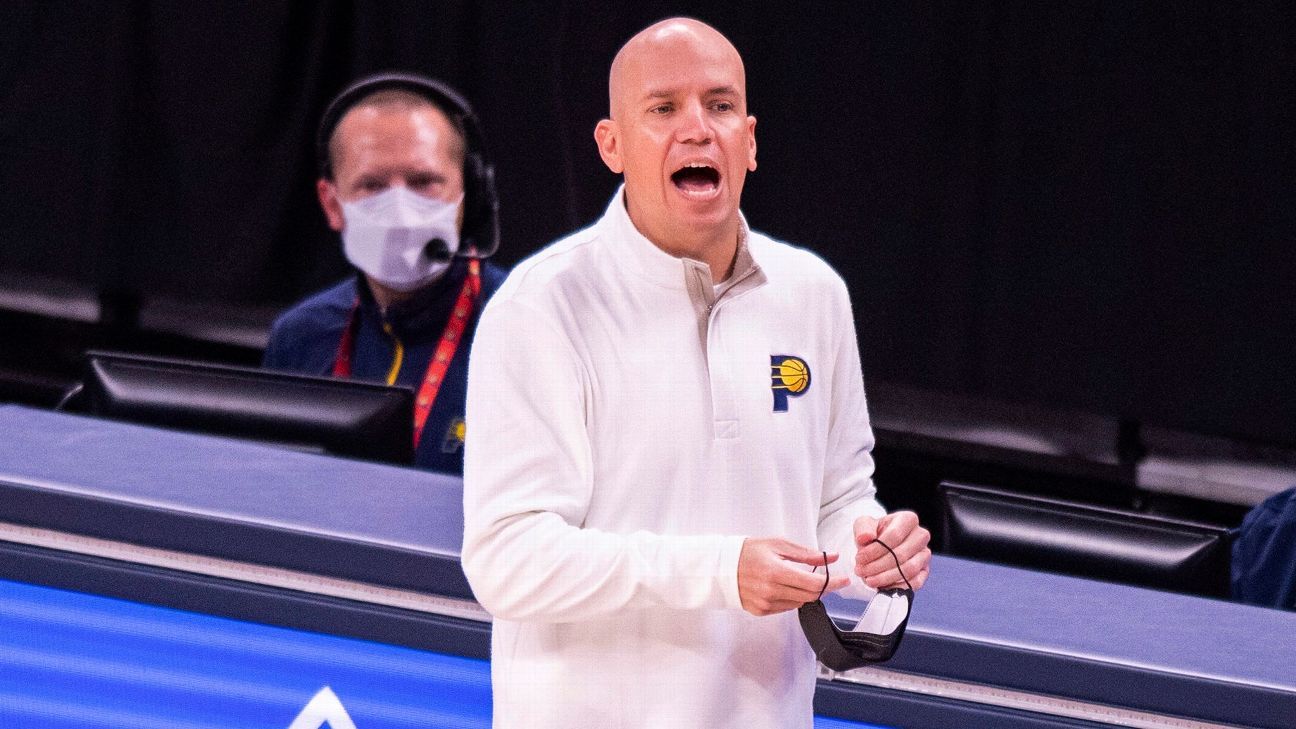 Amid a year of difficulties with players and staff, Indiana Pacers coach Nate Bjorkgren’s future with the franchise is uncertain as the regular season nears an end, sources tell ESPN.

Bjorkgren has significant work to do with his relationships among players throughout the team and with some members of the organization, but has thus far shown a willingness to try to address those issues, sources told ESPN.

The Pacers, 30-34 and ninth in the Eastern Conference, have been beset with injuries and missed games this season, but Bjorkgren’s style of coaching and communication — on the court, in the locker room and individual settings with players and staff — has often been the root of team turmoil this season, sources said.

Bjorkgren has one more guaranteed year on the three-year contract he signed with the Pacers upon arriving from his assistant coaching position with the Toronto Raptors. Bjorkgren’s future as coach is expected to be addressed after the season, sources said.