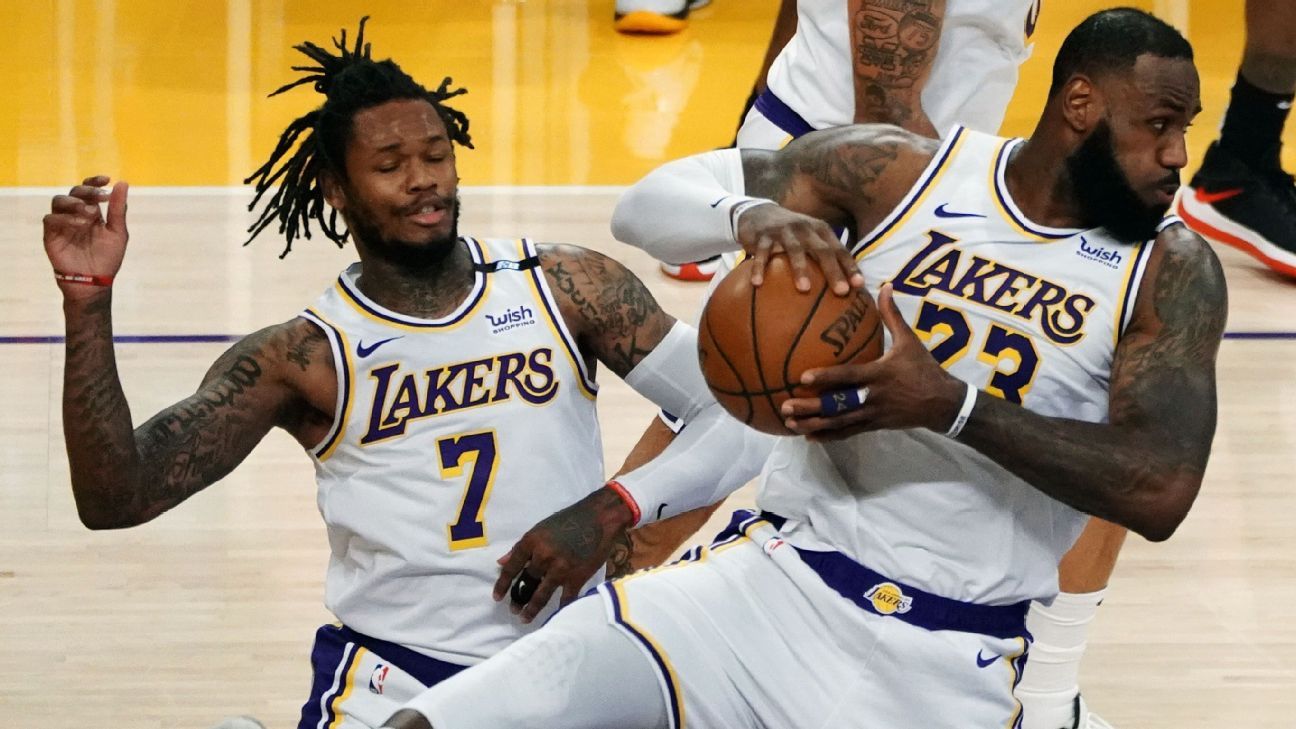 It is possible James could miss more games, sources said, as he works through discomfort in a right ankle that kept him out six weeks until a two-game return that included home losses to Toronto and Sacramento over the weekend.

James and the Lakers will continue to evaluate the injury, and proceed cautiously as the Lakers ramp up for the postseason, sources said.

James has experienced some trouble making hard cuts and exploding since his return from six weeks on the sidelines with the injury, sources said.

James was held out out of the final 6 minutes, 42 seconds of Sunday’s game against the Raptors after experiencing soreness in the ankle, and did not play Monday against the Denver Nuggets.

The Lakers (37-28) are a half-game ahead of Dallas for the fifth spot in the Western Conference, and a full game ahead of seventh-place Portland with four games against the Clippers, Blazers, Suns and Knicks in the next week. The Lakers are trying to avoid landing in the play-in tournament for seeds No. 7 to No. 10.