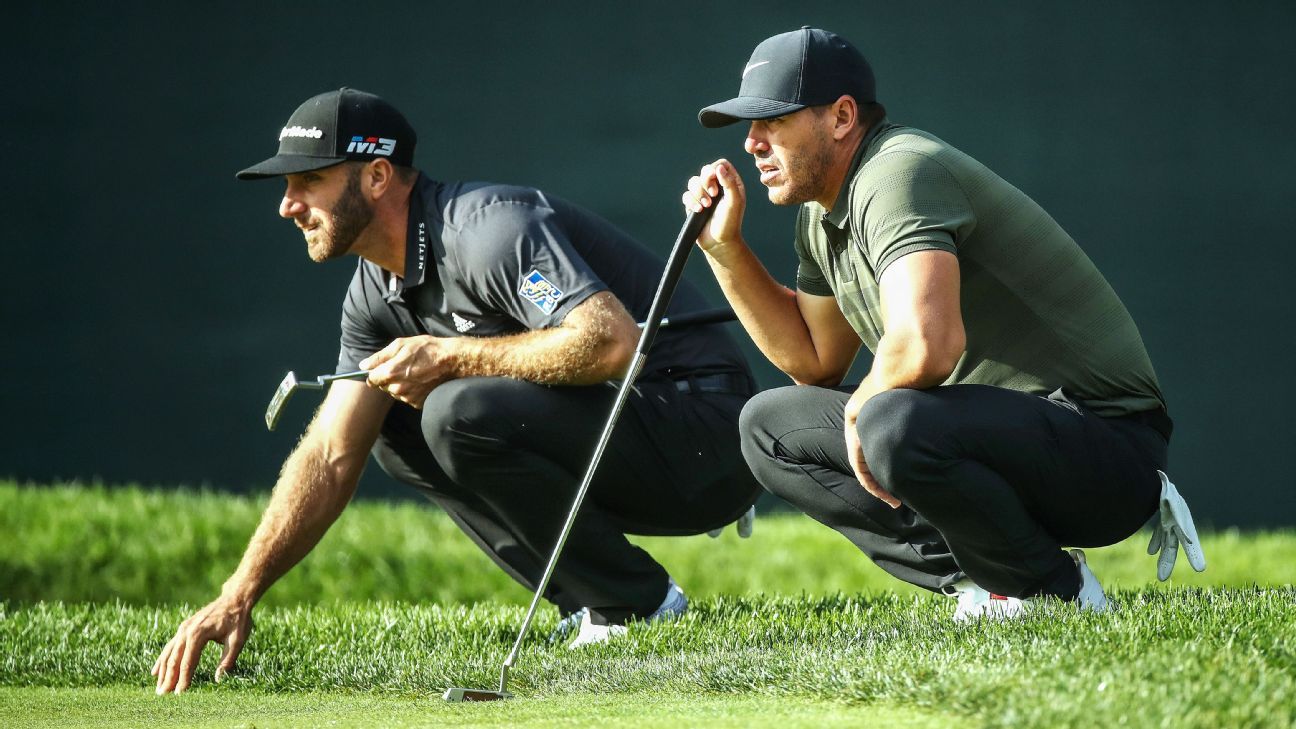 CHARLOTTE, N.C. — The Premier Golf League, which was promising multimillion-dollar guarantees to top-ranked golfers to break away from the PGA and European Tours, has reemerged with big offers to Dustin Johnson, Justin Rose, Brooks Koepka and Phil Mickelson.

The Daily Telegraph reported that the “World Tour” would begin in September 2022, likely forcing players to choose between the PGA Tour and the circuit that is backed by Saudi Arabia money interests.

Two agents who wished to remain anonymous confirmed to ESPN that the Premier Golf League is again courting players.

“It’s still alive, and players and agents are just listening to their pitch,” one agent told ESPN. “That’s about it at this point. Just a lot of listening.”

According to the Telegraph story, there is plenty to consider.

The idea for a rival golf tour gained traction early in 2020, with talk of big guarantees and a team structure to create a star-driven tour that would play around the world. Originally, plans were for an 18-event schedule from January to September with 48-player fields and $10 million purses each week, with a season-ending team championship.

The plan, however, seemingly lost momentum when several players, including Rory McIlroy — who was ranked No. 1 at the time — said they would not be taking part. The coronavirus pandemic, which shut down all of golf more than three months, also stalled the situation.

But the plan has not died. According to the Telegraph, a Saudi team of investors has set up in Jupiter, Florida, and are looking for fast decisions from players in order to get the tour up and running.

Anyone who signs on would almost certainly not be allowed to compete on the PGA Tour, which requires releases for conflicting events on other tours that are typically limited to a handful of events each year.

“Our governance system has been driven by our players and our board, and we have regulations in place that allow us to protect the interests of our media partners, our sponsors and all of our constituents,” PGA Tour commissioner Jay Monahan said last year about the Premier Golf League. “And if we got to that point in time, we would take measures to vigilantly protect this business model.”

Monahan was scheduled to take part in an afternoon meeting with PGA Tour players at Quail Hollow Golf Club, site of this week’s Wells Fargo Championship.

The PGA Tour has already taken steps to push back against players looking for guaranteed money.

Last fall, when the Premier Golf League made an offer to the European Tour to “take the Tour to another level but in a different direction,” according to chief executive Keith Pelley, Monahan moved to set up a “strategic alliance” with the European Tour that saw the PGA Tour buy a stake in European Tour Productions and get a seat on the European Tour board. Further collaboration is expected.

Two weeks after that came the disclosure of a player-incentive program that was quietly approved last year and began in 2021 with a $40 million bonus pool to be split among 10 players who perform the best in various engagement activities that “move the needle,” and would pay $8 million to the player who leads the program.

According to the Telegraph story, the Premier Golf League would offer the top players $30 million up front with a share of the teams they would be part of. Those teams would compete week to week, with individual results also logged and big-money purses for each tournament.

Because of the PGA Tour’s alliance with the European Tour, it is possible that Ryder Cup participation would also be denied to those who jump to the new circuit. Unclear is how the Official World Golf Ranking might work and how that would impact the major championships.