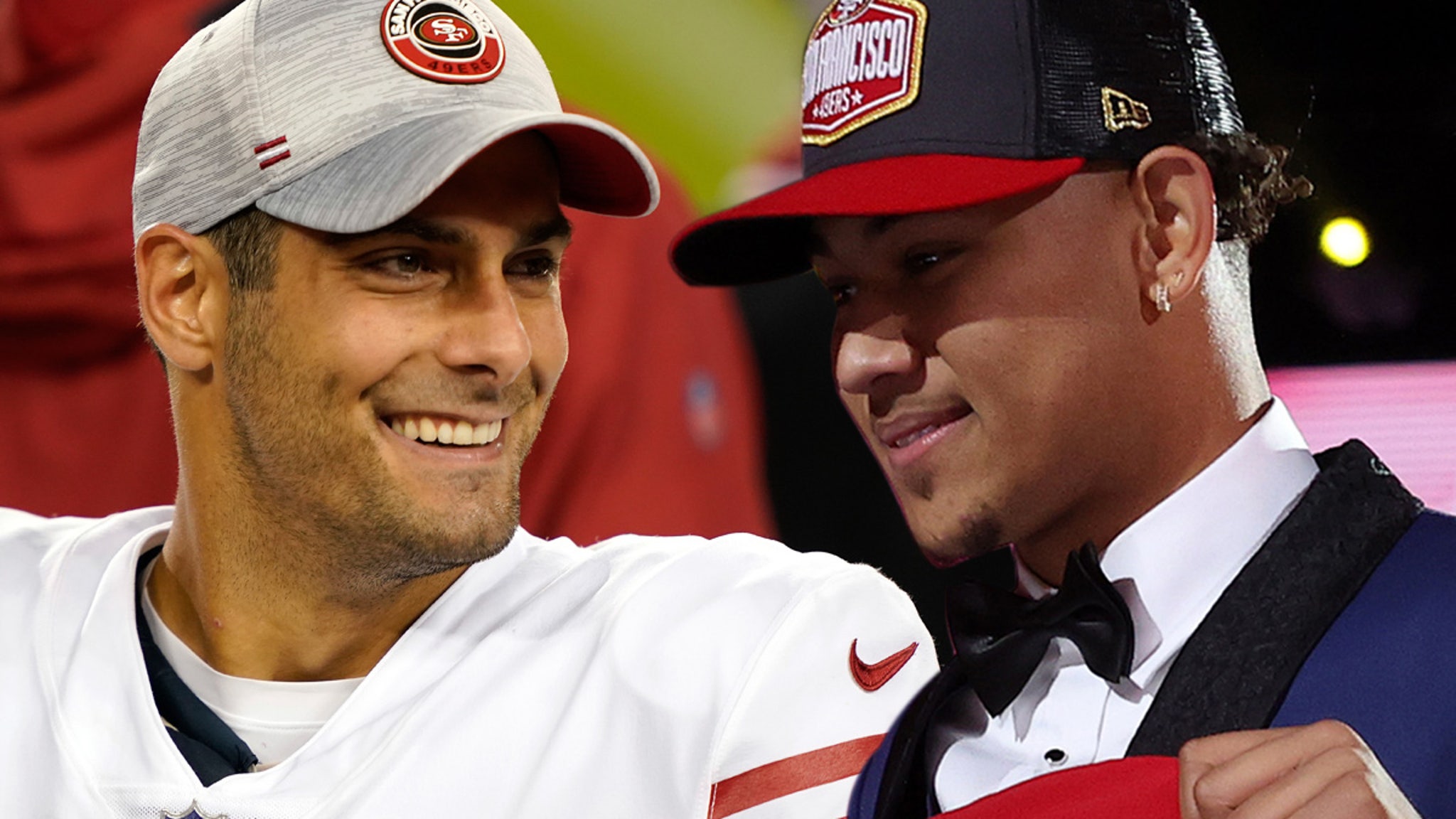 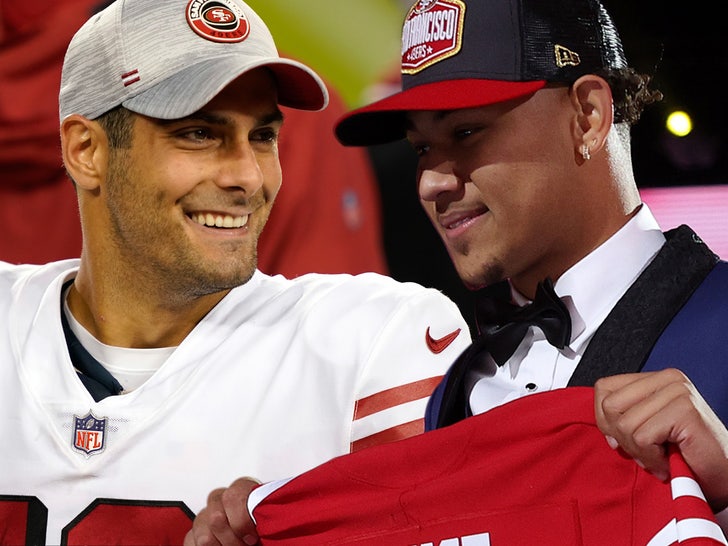 The 2021 49ers’ quarterback room will NOT be icy … Jimmy Garoppolo just revealed he’ll mentor his future replacement Trey Lance — explaining he’s got no beef at all with the rookie QB.

Garoppolo could be just months away from losing his job to the ex-North Dakota State signal-caller … the Niners drafted Lance #3 overall last week, and it’s only a matter of time before he takes over in SF.

But, Jimmy said on the Keyshawn, JWill & Zubin show on ESPN radio that won’t impact their relationship one bit … ’cause Garoppolo says he’ll help out Trey any chance he gets.

As for why … Garoppolo says the way Tom Brady helped him when he came in as the G.O.A.T.’s potential replacement in New England back in 2014 really changed his career, and he’s now down to do the same for Trey.

“It’s kind of coming full circle,” Garoppolo said. “You go through this NFL career and you start as a young guy coming in. Tom kind of showed me the ropes. The competition between us was awesome. It really made me grow as a rookie and as a young player.”

“So, that’s kind of what me and Trey, we’ll mold our relationship into that. But it will happen naturally. It’s one of those things you can’t force anything. Just let it come as it may.”

Garoppolo says he’s already reached out to Trey to welcome him to the team … and noted his own experience coming from an FCS school to the NFL will help him mentor Lance tremendously.

“It’s a bit of an adjustment,” Jimmy says, “the speed, whatever you want to call it, it’s just different. So, whatever I can do to help him, I’ll be more than happy.”

It’s all got to be music to the 49ers’ ears … ’cause it’s certainly not always this way in the NFL.

You’ll recall, Brett Favre and Aaron Rodgers didn’t have the world’s greatest relationship when Rodgers was a rookie — and it doesn’t seem Rodgers is handling Jordan Love‘s appearance on the Packers’ roster very well either.

So, props to Jimmy for the maturity … we’re sure Kyle Shanahan‘s somewhere smiling.