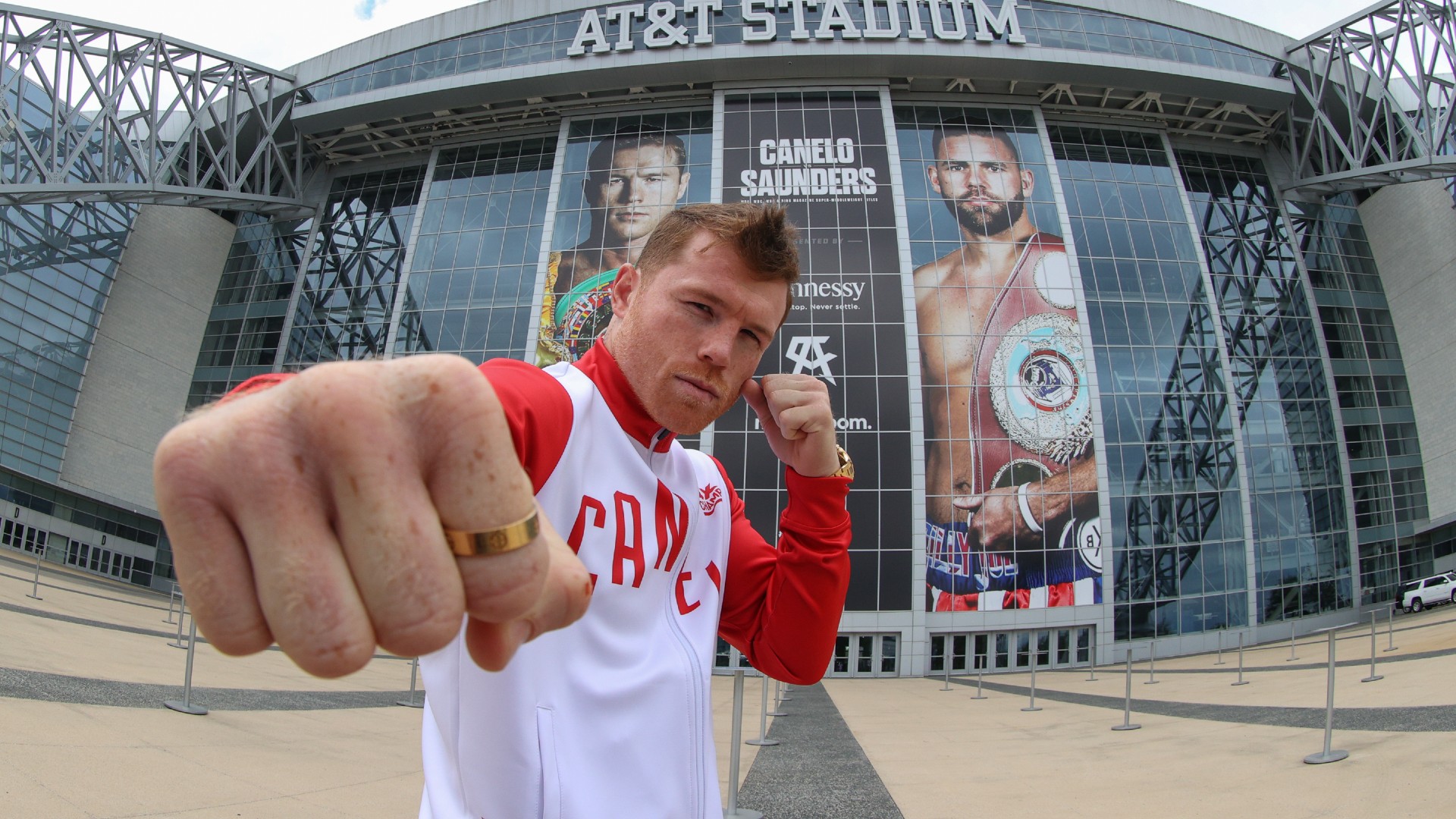 Unified 168-pound champion Saul “Canelo” Alvarez will look to get one step closer to becoming the first undisputed super middleweight champion in the four-belt era when he challenges WBO titleholder Billy Joe Saunders on May 8 at AT&T Stadium in Arlington, Texas.

Canelo has been actively pursuing all of the titles at 168 pounds. He started off by picking up the vacant WBC title and WBA (Super) championship when he defeated Callum Smith in December and is aiming to add the WBO title from Saunders before completing the task in a potential undisputed championship showdown with IBF titleholder Caleb Plant later this year. But he’s going to have to defeat an opponent who has yet to lose a fight in the slick boxing Brit.

MORE: Watch Canelo vs. Saunders live on DAZN on May 8

Saunders (30-0, 14 KOs) won the vacant title when he defeated Shefat Isufi in May 2019 and successfully defended it twice, against Marcelo Esteban Coceres and Martin Murray. Canelo will be his toughest test to date.

As for Canelo (55-1-2, 37 KOs), the pound-for-pound king of boxing is coming off a dominant third-round stoppage of mandatory challenger Avni Yildirim. It will be his third fight In five months.

Here’s a look at the odds for the Canelo-Saunders fight, and our prediction for the fight.

Although Saunders is undefeated and the WBO champion, he enters the fight as a heavy betting underdog at +510. A $100 bet on Saunders would return a profit of $510 should he come out victorious. With Alvarez currently recognized by most as the best pound-for-pound fighter in the world, he’ll be a considerable favorite heading into the fight at -800. It would take a bet of $800 to see a $100 profit should the unified champion defeat Saunders.

When this fight was first announced, it seemed likely that it would head to a decision with Alvarez coming out on top — Saunders is an excellent boxer who has never touched the canvas and Alvarez is arguably the best pound-for-pound fighter in the world. However, Saunders has done a lot to attempt to get under Alvarez’s skin during fight week by threatening to pull out of the fight over the size of the ring and talking trash during their first face-off. Saunders may think he’s playing mind games with Alvarez, but he’s facing an opponent who negotiated the release of his kidnapped brother the week of his fight with Rocky Fielding.

It’s pretty safe to say that it will take a lot to rattle the poker-faced Canelo.

Instead, what Saunders might be doing is unwittingly shaking an unlocked cage with a raging monster inside. Alvarez is rarely incensed to finish an opponent, but it appears that he may be inspired to get the job done against Saunders.

Taking away the emotional aspect, Canelo is simply a better fighter with a higher degree of opposition. Saunders is no slouch, but his offensive output leaves a lot to be desired. He works well off his jab but he simply doesn’t throw it enough. Saunders struggled with the unheralded Marcelo Esteban Coceres before getting the finish in the 11th round back in December 2020 and is often known to fight to the level of his competition. That should mean that he’ll be at his best against Alvarez, but that’s exactly what Alvarez wants. He’ll likely look for Saunders to advance and pick him off with counters early before applying pressure in the middle rounds with bodywork in an effort to slow down his British opponent.

It seems absurd that the betting line for a draw has better odds than Saunders winning by knockout, but the reality is that Saunders hasn’t knocked out a quality opponent in years. Not to mention that Alvarez has never been dropped and survived 24 rounds with Gennadiy Golovkin without ever appearing to be hurt.

If you also take into consideration that Saunders often runs out of gas in the later rounds as he did against Chris Eubank Jr. and Andy Lee, it can be expected that Alvarez will aim to wear his opponent down with pressure and seek a late-round stoppage.

The Alvarez by (T)KO in rounds 7-9 at +450 may seem tantalizing, but it’s a risky bet. With Alvarez a huge favorite to win, the best line is the prop bet of Alvarez by (T)KO at +105. Alvarez is going to be looking for the knockout all night so there is truly no telling when it will come. It’s all dependant on Saunders’ ability to absorb punishment and the end could come at any time