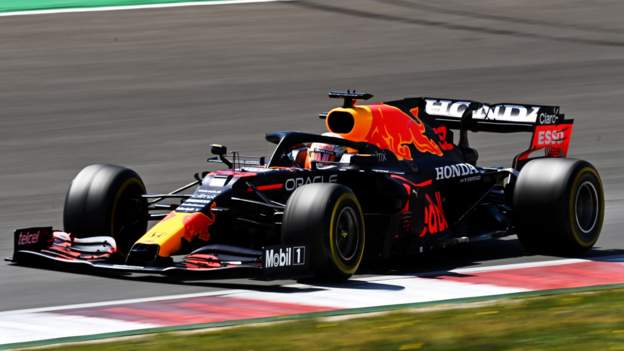 Red Bull team boss Christian Horner said the recruits “provide us with the strongest possible technical platform for the future”.

The facility gives Red Bull the possibility to design their own power-unit for new rules expected for 2025.

The company are taking over the power-units of its current partner Honda when the Japanese company pulls put of F1 at the end of this year.

There is an engine development freeze being introduced from next season to prevent companies having to develop two engine designs at the same time.

Horner said: “Red Bull’s mission to bring all aspects of its F1 operations in-house through Red Bull Powertrains is an enormously exciting undertaking but also an extremely demanding one.

“We know that success will only be achieved by bringing in the best and brightest talent, by providing them with the right tools and by creating the right environment in which they can thrive.”

Mercedes motorsport director Toro Wolff said he had “expected” Red Bull to try to recruit some of their employees.

“This is just a battleground such as the one on track,” Wolff said. “You need to acknowledge that and the last few weeks were certainly very much pulling on both sides of the rope, which I enjoyed. It’s part of the competition. You need to take it as a sportsman. Sportsmanship.”

Red Bull’s engine facility is based at the same campus as the F1 chassis design department in Milton Keynes, making it the only team other than Ferrari to build its cars and engines on the same site.

Mercedes HPP is in Brixworth, Northamptonshire, about 30 miles away from the chassis base in Brackley.

Red Bull have approached a number of other Mercedes employees who have turned them down, BBC Sport understands.

“We will lose some, we will win some. But at the end of the day, I believe in the philosophy of Mercedes, and I believe that we are a really good employer,” Wolff added.

“It’s a place where there’s high pressure, but there’s also a lot of fun. We can be proud of that and we have to rely on that.

“There will always be a back and forth. But let’s put it this way, I understand where Christian is coming from – he wants to build a structure and that’s where you have to write a big cheque sometimes. But that’s OK.”