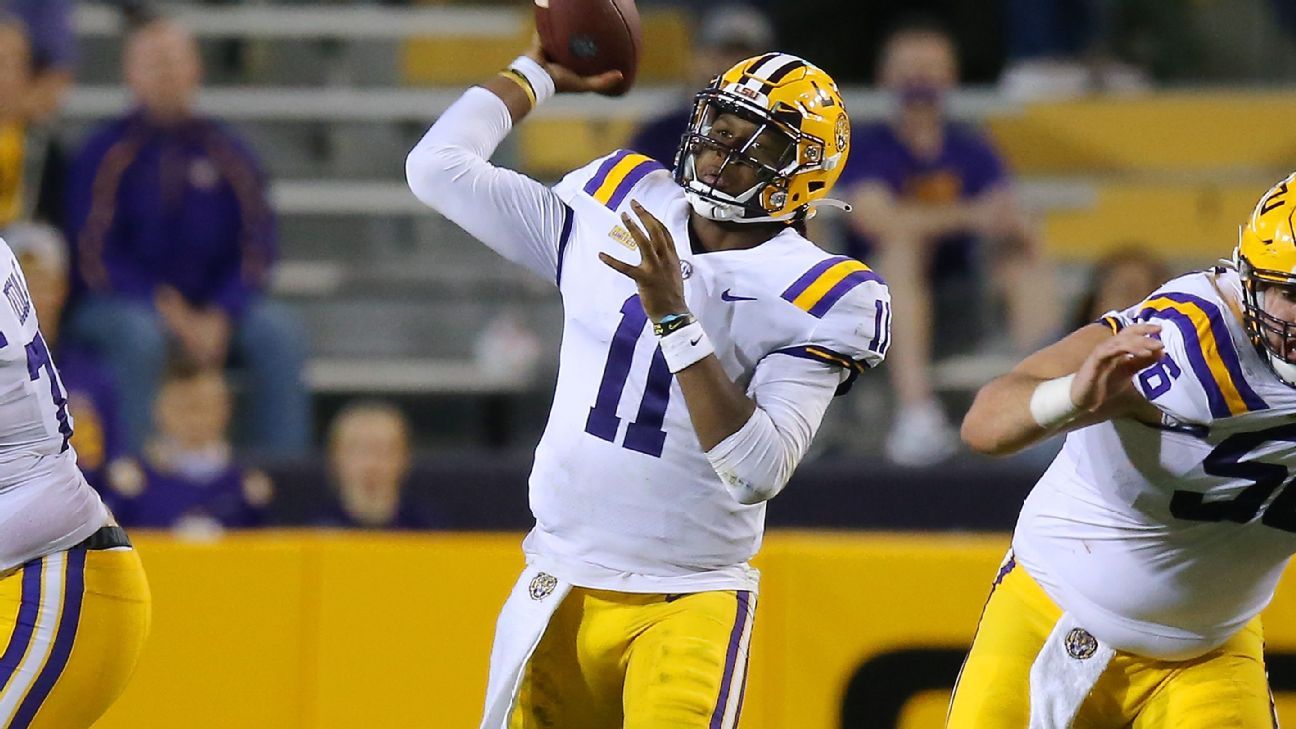 LSU quarterback TJ Finley, who started five games for the Tigers as a freshman in 2020, is set to enter the NCAA’s transfer portal, he told WAFB-TV on Wednesday.

Finley’s name does not yet appear in the portal, but he told WAFB, “I plan on taking a few trips to other schools before deciding where I will be attending.” He and three other quarterbacks competed during spring practice at LSU, but Myles Brennan and Max Johnson emerged as the likely leaders in the race to start.

Brennan opened the 2020 season as LSU’s starter and played three games before an abdominal injury sidelined him. Finley then took over, passing for 941 yards with five touchdowns and five interceptions, as LSU went 2-3 during the stretch. Johnson, also a freshman, started LSU’s final two games and passed for 674 yards and six touchdowns in wins over Florida and Ole Miss.

The 6-foot-6, 242-pound Finley, a native of Ponchatoula, Louisiana, was a four-star recruit who picked LSU over several other SEC programs.