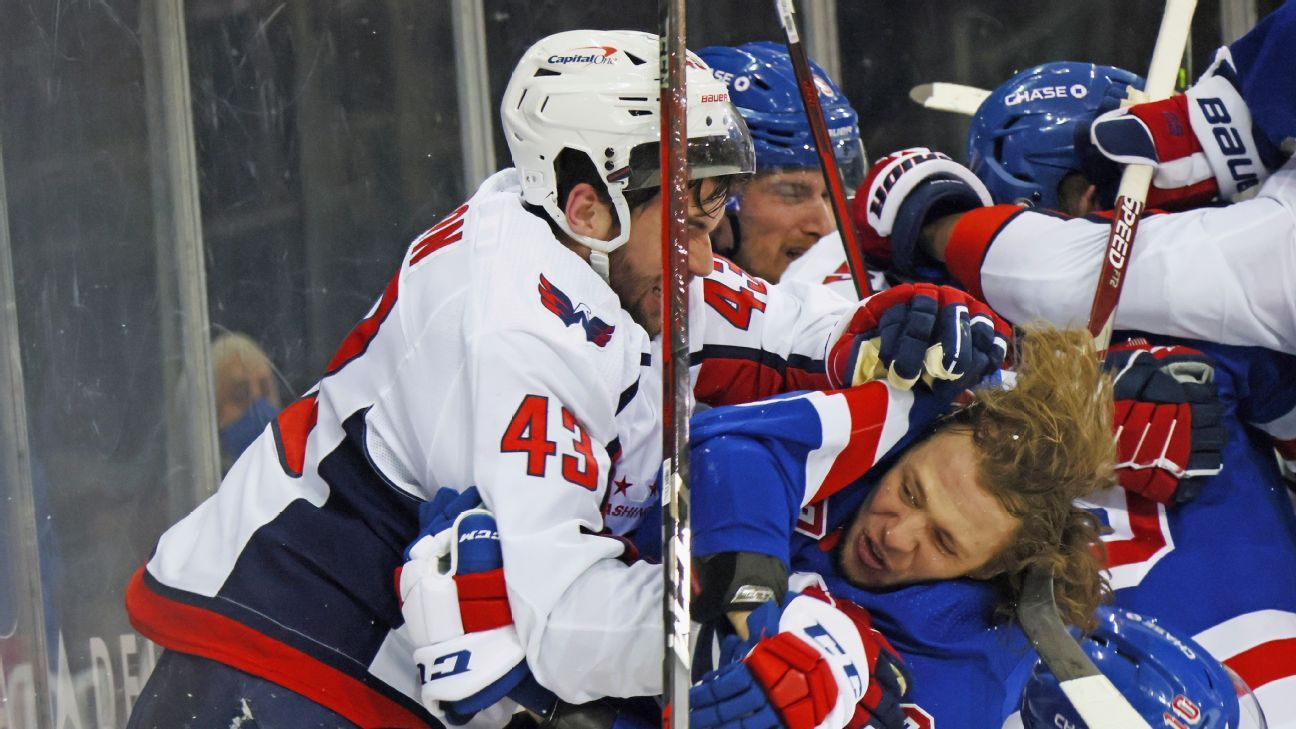 The New York Rangers were walloped with a $250,000 fine by the NHL after the team called for the firing of Department of Player Safety head George Parros this week.

The Rangers were incensed after the NHL opted to fine but not suspend Washington Capitals forward Tom Wilson for altercations with New York forwards Pavel Buchnevich and Artemi Panarin on Monday night. He was given a $5,000 fine, the maximum allowable under the collective bargaining agreement, for punching Buchnevich in the head when he was flat on the ice. Wilson wasn’t further penalized by the league for throwing down Panarin, which the Rangers said caused an injury that put their star winger out for their remaining games this season.

On Tuesday, the Rangers released a statement — which sources told ESPN was commissioned by owner James Dolan himself — that cited Wilson for a “horrifying act of violence” and criticized the player safety department for failing to suspend him indefinitely. The statement went on to say that it was a “dereliction of duty” by Parros and that he is “unfit to continue in his current role” as senior vice president of player safety.

“Public comments of the nature issued by the Rangers that were personal in nature and demeaning of a League executive will not be tolerated,” Bettman said. “While we don’t expect our Clubs to agree with every decision rendered by the Department of Player Safety, the extent to which the Rangers expressed their disagreement was unacceptable. It is terribly unfair to question George Parros’ professionalism and dedication to his role and the Department of Player Safety.”

This isn’t the first time the NHL has issued fines for public criticism of league officials. The San Jose Sharks and GM Ron Wilson were fined $100,000 in 2013 for criticizing the NHL’s decision to suspend forward Raffi Torres for the second round of the playoffs for an illegal hit to the head of Los Angeles Kings forward Jarret Stoll. Wilson said “this decision is grossly unfair to the Raffi, his teammates and our fans.”

In 2011, Kings GM Dean Lombardi was fined $50,000 after calling out senior vice president of hockey operations Mike Murphy for a controversial goal review, saying Murphy ruled against the Kings because Lombardi was hired by Los Angeles for the job Murphy was chasing. Lombardi apologized to Murphy the following day.

The Rangers had an eventful week. GM Jeff Gorton and team president John Davidson were fired Wednesday, and associate GM Chris Drury took over in both capacities. Rangers senior adviser Glen Sather said the dismissals were not related to the statement that criticized the NHL.

On Wednesday night, the Rangers faced Wilson and the Capitals for the first time since Panarin was injured. The result: six fights in the first 4:14 of the game and 141 penalty minutes between the teams in Washington’s 4-2 win. Buchnevich also earned a hearing with Parros and player safety for high-sticking Anthony Mantha of the Capitals.