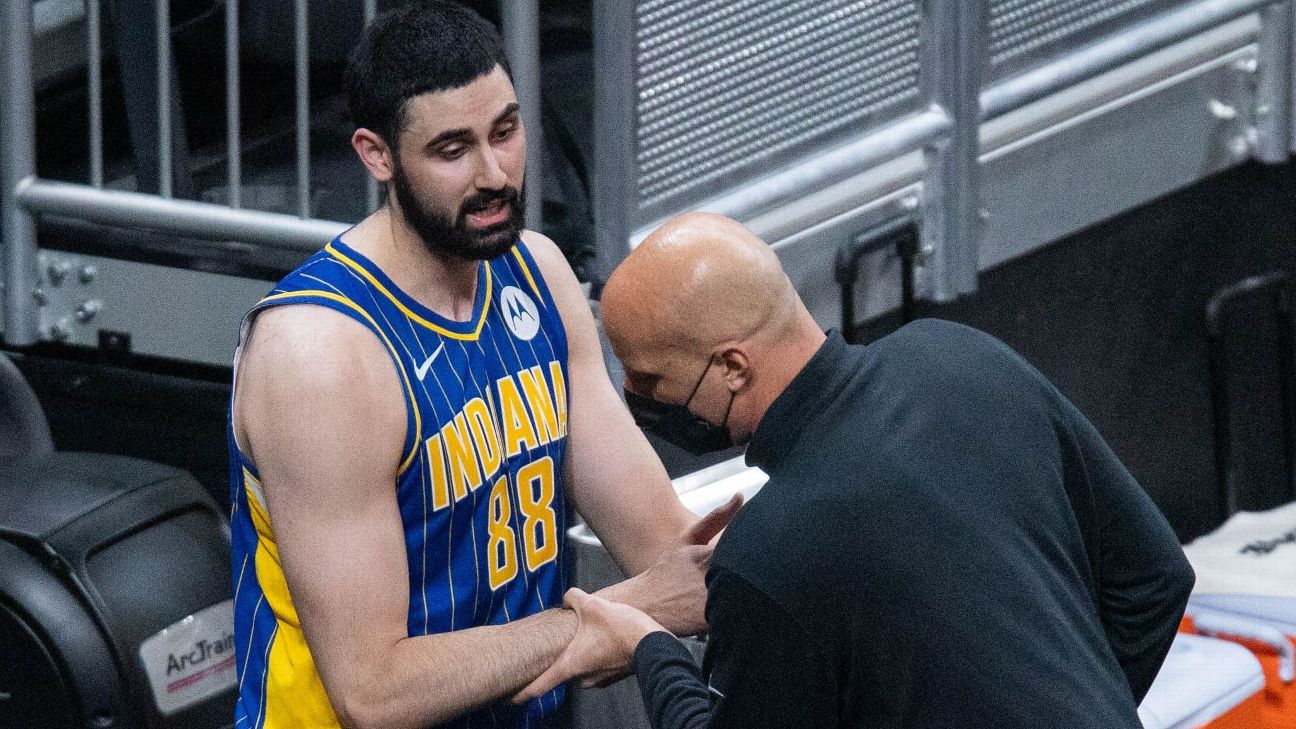 The Indiana Pacers are suspending assistant coach Greg Foster for one game and fining center Goga Bitadze for an emotionally-charged on-court exchange Wednesday night in a loss to the Sacramento Kings, sources told ESPN.

Foster will serve the suspension Thursday night for the Pacers’ home game against the Atlanta Hawks, sources said.

Foster and Bitadze have had a strong working relationship this season for the Pacers, and that’s expected to continue despite the exchange in the third quarter of Wednesday’s 104-93 loss. The Pacers have been in turmoil for weeks because of the frayed relationship between head coach Nate Bjorkgren and the players, staff and organization, sources said.

After a Kings dunk in the lane, Foster called on Bitadze to protect the rim better. Down the floor, Bitadze made a 3-pointer and turned toward the Pacers bench and told Foster to, “Sit the f— down,” according to replay and confirmed by sources.

During the next timeout, Foster erupted toward Bitadze and had to held back by staff and players.

Foster, a veteran of 13 years as a player and eight years an assistant coach in the NBA, has worked closely with the Bitadze, second-year center, and both the coach and player have been anxious to move past the incident, sources said.

The crux of the Pacers’ issues have run much deeper this season, centered squarely on the first-year head coach’s struggles to command respect within the locker room and organization because of what sources have described as a volatile and abrasive style in both his coaching and personal interactions. Bjorkgren’s job is in peril at season’s end, sources said.

The Pacers are 30-35 and holding onto ninth place — which would put them into the Eastern Conference play-in tournament.