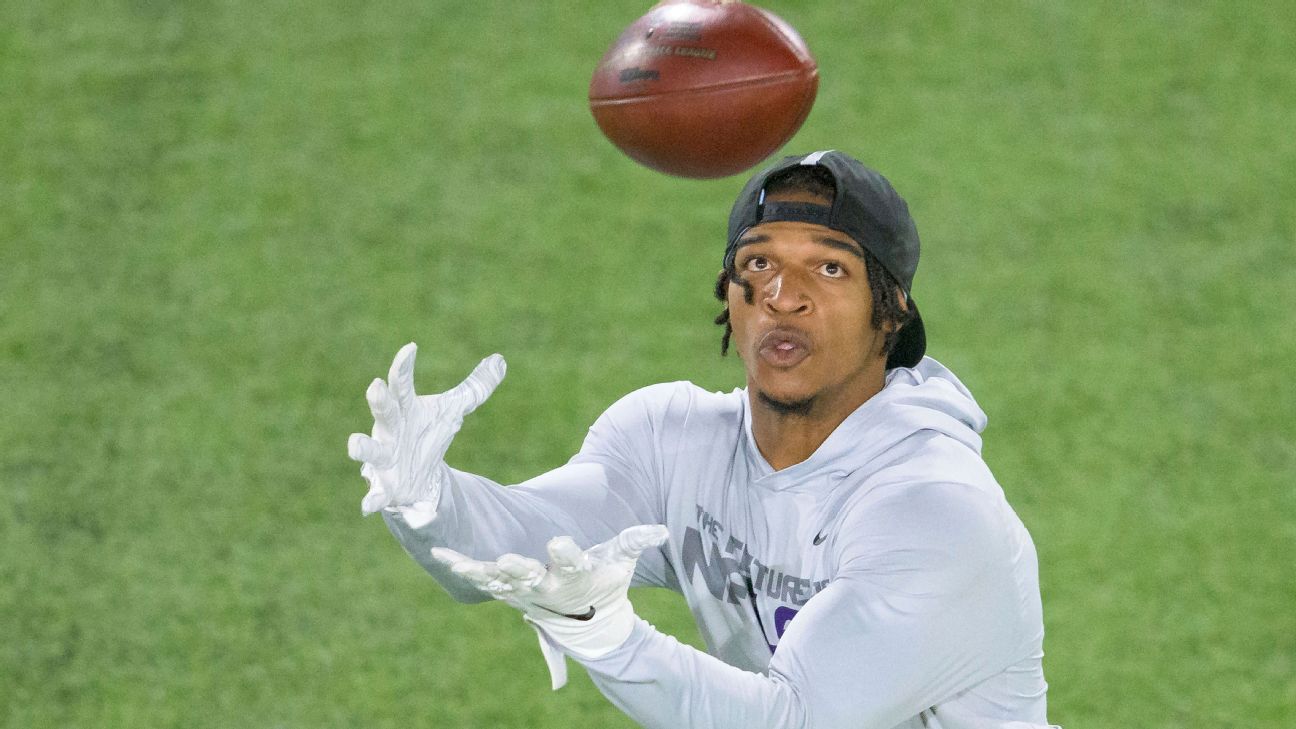 CINCINNATI — Like most things with the Cincinnati Bengals these days, it all started with quarterback Joe Burrow.

Bengals coaches watched film from the 2019 LSU season before they drafted Burrow with the top overall pick in the 2020 draft and spotted wide receiver Ja’Marr Chase. They started to dream of a scenario where Chase is on Cincinnati’s roster.

That became a reality last week when the Bengals selected Chase with the fifth overall pick in the NFL draft. The decision to reunite Burrow and Chase was a key step in the franchise’s offseason mission of building around its young quarterback.

It also could be the key to maximizing Burrow’s effectiveness. At LSU and in his truncated rookie NFL season, he thrived with quick and intermediate passes. Giving Burrow another receiver will optimize that strategy.

“What you see around the league is that it’s hard to hold the ball,” Bengals offensive coordinator Brian Callahan said after they drafted Chase. “That’s every team across the league.

“There’s nobody that sits back and drops back and hangs on to the ball for a long time because those guys on the other side are freak shows.”

A lot of the conversation surrounding the Bengals’ draft strategy pitted two options against each other — Chase and Oregon offensive tackle Penei Sewell, who ESPN ranked as the top offensive tackle in the draft.

Burrow’s season-ending knee injury suffered while in the pocket last season was the primary reason cited in the case for drafting Sewell. But the numbers from last season suggest Burrow was significantly worse the longer he held the ball.

Through the end of Week 10 — Burrow’s last complete game — he ranked fourth among qualifying passers in expected completion percentage on throws under four seconds, according to NFL Next Gen.

When Burrow held the ball for more than four seconds, it was a different story. Among quarterbacks with at least 200 pass attempts last season, Burrow ranked third to last in total expected points added on extended throws, per NFL Next Gen. Carson Wentz of the Philadelphia Eagles and Daniel Jones of the New York Giants were the only quarterbacks with a worse total EPA through Week 10.

The quick passing game was the one Cincinnati used most with Burrow under center. In his first nine games, Burrow was second in the NFL in attempts under 2.5 seconds and his pressure rate on such throws ranked 10th.

Chase could help the Bengals produce big passing plays — an area they struggled with under Burrow — while getting the ball out of the quarterback’s hand quickly. In 2019, Chase’s final year at LSU before he opted out of the 2020 season, he was fifth among all Power 5 receivers in yards after the catch, according to ESPN Stats & Information.

“He’s got speed and he’s got great hands, but his ability to make that first man miss or break that first tackle to get additional yardage there is really exciting to watch when you turn on his tape from 2019.”

It’s not the first time in the draft the Bengals have opted to use a premium pick to help Burrow. The Bengals used their second-round pick in 2020 on Clemson’s Tee Higgins, who led Cincinnati in receiving yards last season. Veteran Tyler Boyd is considered one of the best slot receivers in the game.

By adding Chase, Cincinnati gets an outside receiver who already has a built-in chemistry with Burrow.

“We’re on the same page, communicating about the defenses, offenses,” Chase said on draft night. “I’m always willing to learn and have an open ear when Joe is talking to me.”

The Bengals drafted Chase to be open on the field, too, and boost their chances of being a playoff team in 2021.