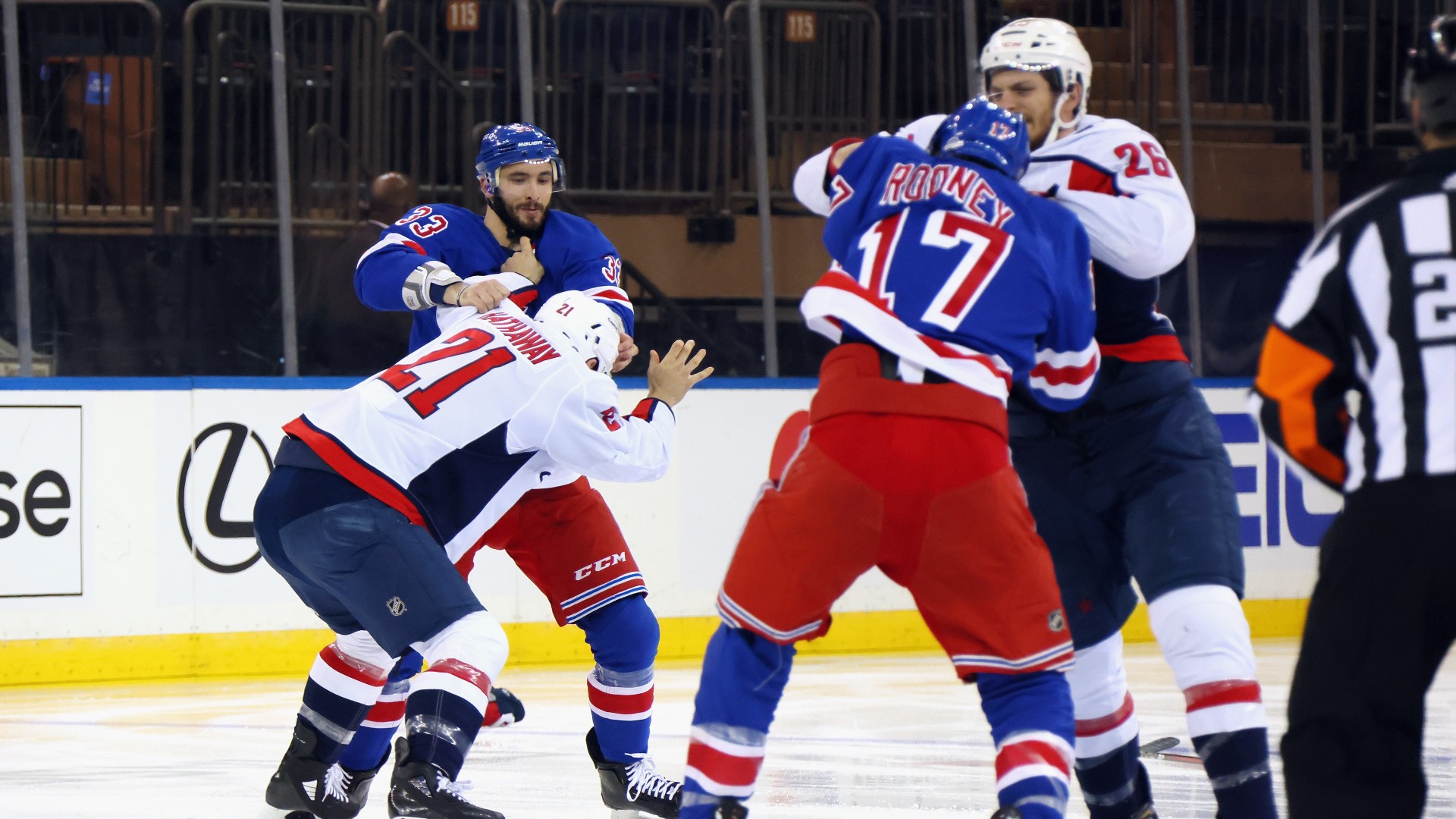 NEW YORK — When the puck dropped to start the Capitals-Rangers game on Wednesday at Madison Square Garden, so did the gloves.

After Monday night’s incident where Capitals forward Tom Wilson punched a prone Pavel Buchnevich and then body-slammed, and injured, Artemi Panarin — and the league only slapped Wilson on the wrist with a fine for punching Buchnevich — the Rangers responded.

First, the Rangers released a statement Tuesday slamming the NHL for its lack of a suspension and calling for the firing of George Parros, the head of the NHL’s Department of Player Safety.

On Wednesday, the Rangers responded on the ice.

Right off the opening faceoff, there was a line brawl. Centermen Kevin Rooney and Nic Dowd chatted and then dropped the gloves before the puck could hit the ice. Joining them in the donnybrook were Rangers wingers Phillip Di Guiseppe and Colin Blackwell and Capitals wingers Carl Hagelin and Garnet Hathaway. Hagelin, the former Ranger, went up against Blackwell.

Not any heavyweights there in those matchups. And the retribution didn’t stop there.

After Wilson — Public Enemy No. 1 — got on the ice, defenseman Brendan Smith — who is one of the few Rangers with fights under his belt — went right after him. Smith got 17 minutes in penalties, including two for instigating. Based on his teammates banging on the glass from the penalty box or tapping their sticks on the bench, the Rangers think the extra two were well worth it.

Despite Wilson having to drop the gloves to answer for his actions, the fighting didn’t stop there. Next up was Long Island kid Anthony Bitetto vs. Michael Raffl and Ryan Strome vs. Lars Eller.

Through the first five minutes of the game, there were six fights and 72 penalty minutes handed out. By the end of the period, the total was 100 penalty minutes.

No one expected this to happen; after all, the Rangers don’t have a prototypical tough guy on the roster.

Well, don’t tell that to the guys who lined up for the opening faceoff — or anyone on the roster, for that matter.