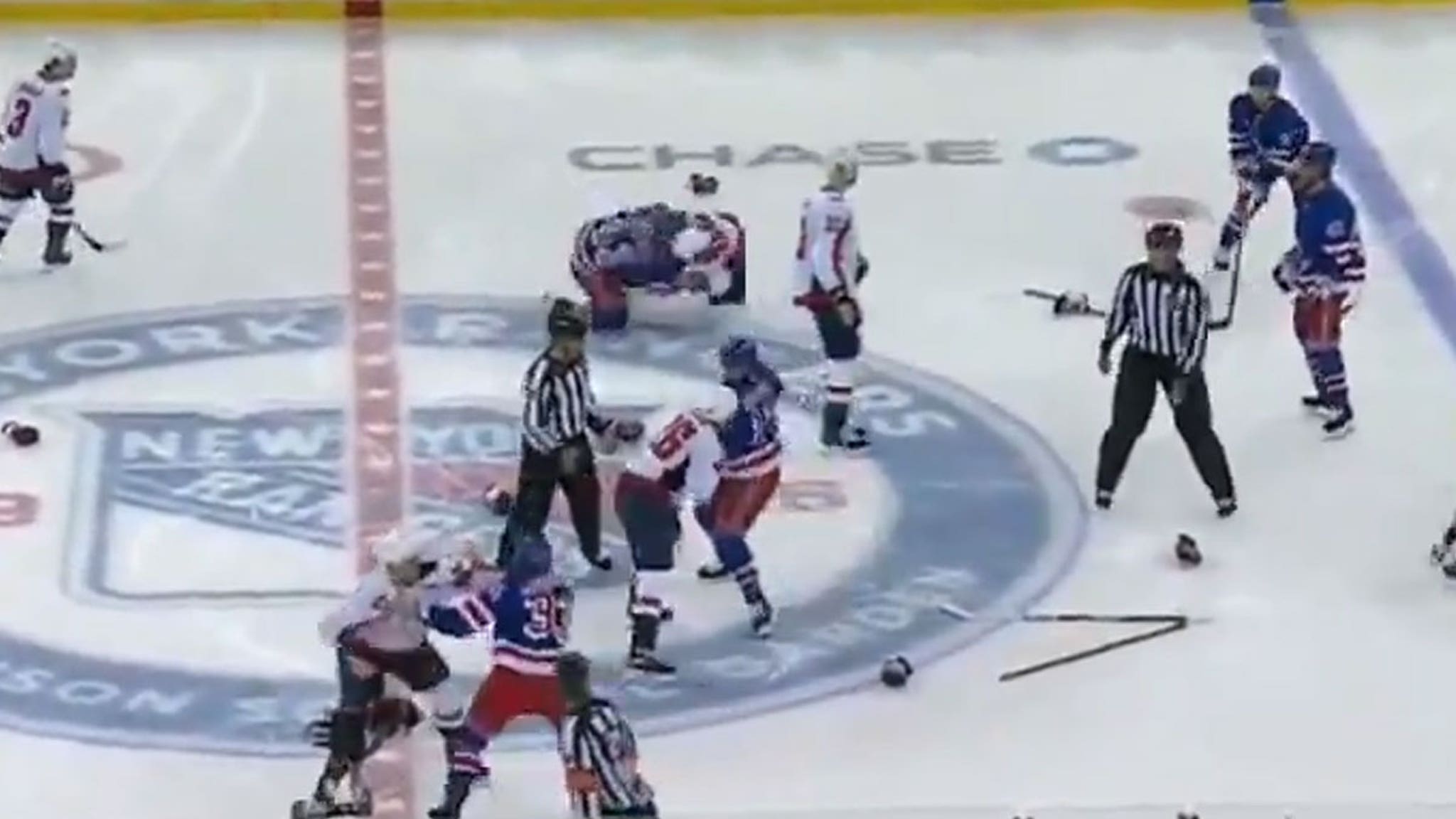 Forget the hockey game, the Rangers vs. Capitals matchup turned into “MMA on Ice” on Wednesday … in the wake of a violent incident earlier this week.

The chaos started as soon as the puck dropped … with several players attacking each other as retaliation for what happened on Monday between Capitals forward Tom Wilson and Rangers superstar Artemi Panarin.

Line brawl to start tonight’s game between the Rangers and Capitals at MSG pic.twitter.com/52pvvVZHwx

The line brawl broke out one second into the game … with at least 3 separate scraps going down.

The mayhem continued as Wilson entered the game … with Rangers defenseman Brendan Smith going after him as soon as he touched the puck. Wilson later left the game with an undisclosed upper-body injury.

Brendan Smith goes straight after Tom Wilson once he stepped onto the ice for the first time tonight.pic.twitter.com/Dxz1NNwJ22

Overall, there were more than 100 penalty minutes assigned stemming from 6 fights within the first 5 minutes of the game at Madison Square Garden.

As we previously reported, the Rangers were LIVID with the NHL for handing just a $5,000 fine to Wilson for his brawl with Panarin, which left the Rangers star with a season-ending lower-body injury.

The first five minutes of Rangers-Capitals…

The Rangers claimed Head of Player Safety, George Parros, was unfit for his job in a scathing statement on Tuesday … and called Wilson’s involvement a “horrifying act of violence.”

Oh, and for what it’s worth — the Capitals were winning 3-0 at the end of the second period … but something tells us no one will remember the score of this one.