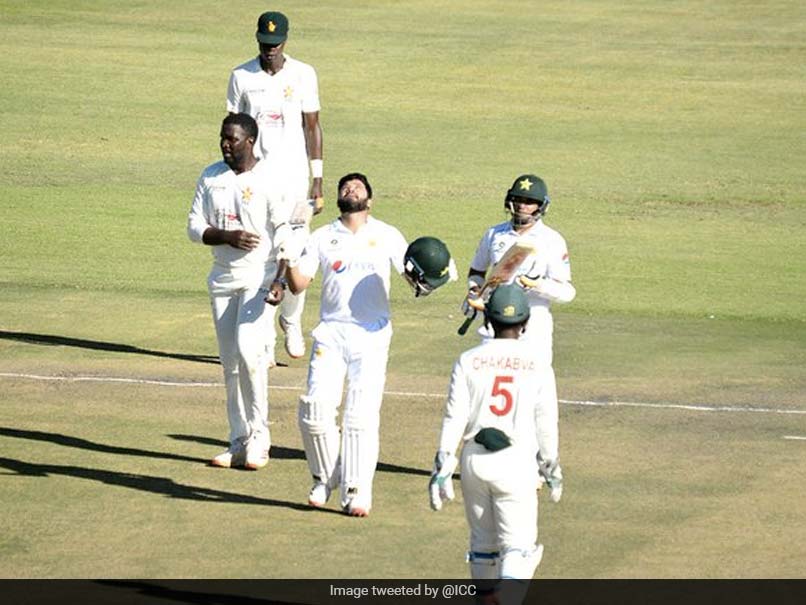 Centuries by Abid Ali and Azhar Ali put Pakistan in a strong position on the first day of the second Test against Zimbabwe at Harare Sports Club on Friday. Abid (118 not out) and Azhar (126) put on 236 for the second wicket before tall fast bowler Blessing Muzarabani brought Zimbabwe back into the match by taking three wickets with the second new ball. Pakistan had reached 268 for four at the close. Abid and Azhar came together with the total on 12 in the eighth over and ground down the Zimbabwe bowlers before Azhar edged Muzarabani to gully in the last half hour of the day.

“It wasn’t a tough wicket so after we lost an early wicket we thought we should bat long and wise,” said Azhar.

“It came off and Abid and I had a long partnership.”

Azhar admitted that despite his team’s dominance there was still pressure to perform.

“Since I only play one format, it’s not too tough to motivate yourself.

“But there’s a bit of pressure when you play Zimbabwe because if you do well it’s not recognised because it’s against Zimbabwe.

“If you don’t do well, people say he can’t score against Zimbabwe.”

Azhar’s dismissal was followed by a second failure in the series for Babar Azam, Pakistan’s captain and star batsman, who drove Muzarabani to point after scoring two.

Babar was out for a first-ball duck in the first Test at the same venue, which Pakistan won by an innings and 116 runs.

Muzarabani finished the day with three for 41. His five-over spell with the second new ball yielded three for 12.

“It was a really tough day,” said Muzarabani. “We just had to be patient. If we can keep them under 360 we will be happy.”

Azhar did not give a chance on the way to his 18th Test century.

Abid was dropped on 94 during an anxious progress to his third Test hundred – his first since reaching three figures in both his first two Tests, against Sri Lanka, in December 2019.

Abid had already spent 17 balls in the nineties when he stretched for a flighted, wide delivery from left-arm spinner Milton Shumba and edged a chance which was put down by wicketkeeper Regis Chakabva.

It took Abid another 19 deliveries before he cut Tendai Chisoro, another left-armer spinner, to reach the milestone with his 14th boundary.

Abid faced 246 balls and hit 17 fours in his innings. Azhar scored his runs off 240 deliveries with 17 fours and a six.

Zimbabwe started the day well, claiming the wicket of Imran Butt in the eighth over.

But Abid and Azhar settled in on an easy-paced pitch after seeing off some good bowling by Ngarava and Muzarabani.

Zimbabwe, already hit by injuries to three leading batsmen, had a new injury concern when Roy Kaia was taken off on a stretcher shortly before tea.

Fielding at short leg, he was struck a heavy blow above the left knee by a pull shot from Abid.

Zimbabwe Cricket said in a statement at close of play that Kaia had suffered bruising and his knee was swollen and tender.

He was unable to return to the field but will be assessed on Saturday morning.