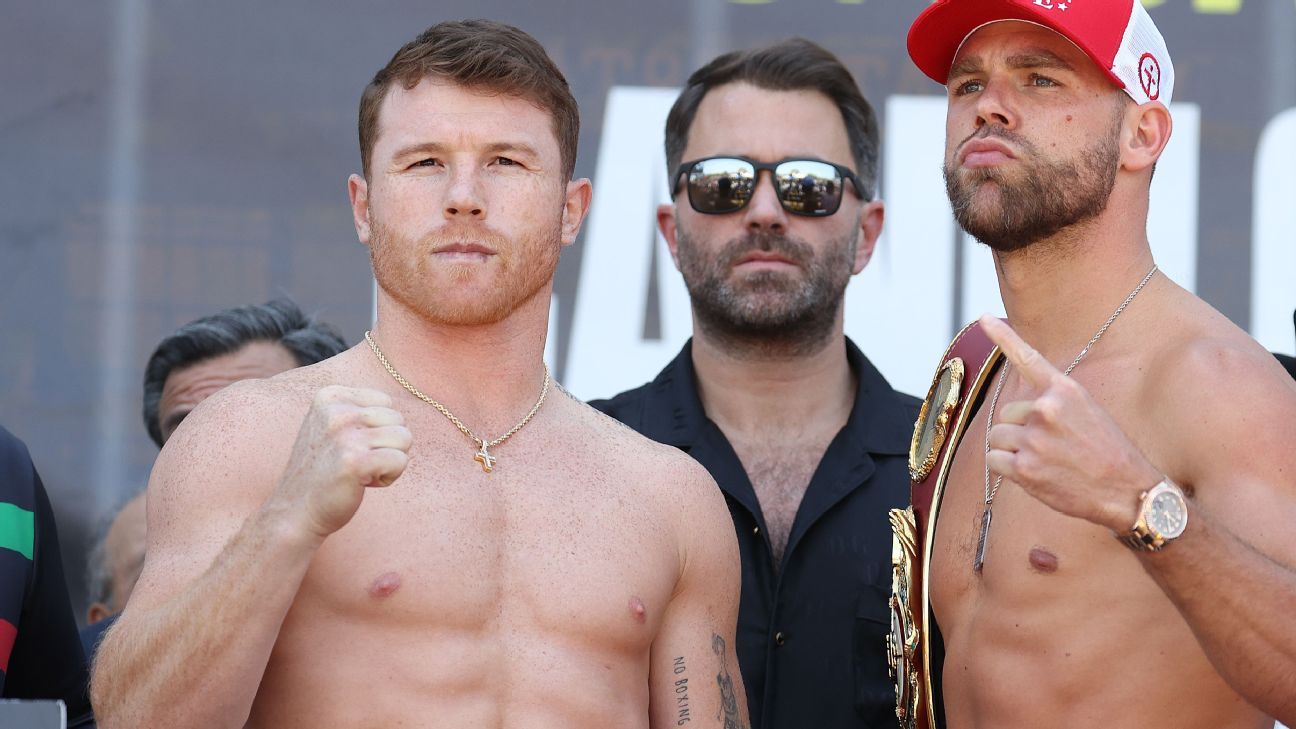 ARLINGTON, Texas — There was no drama on the scales ahead of Saturday’s super middleweight title fight between Canelo Alvarez and Billy Joe Saunders.

Alvarez and Saunders each weighed in under the division’s 168-pound limit. Alvarez, the WBA and WBC champion, stepped on the scale at 167.4 pounds. Sanders, the WBO titlist, was at 167.8 pounds.

Despite the jawing between the camps during fight week, the scenes in front of AT&T Stadium in Arlington, Texas, were relatively calm. Saunders, whose entourage had been responsible for most of the banter at the hotel, praised Alvarez ahead of the bout.

“It’s going to be a good fight,” Saunders said after the weigh-in on DAZN. “He’s a great champion. But to be honest with you, I’ve come here to take all of his titles and take them by storm.”

Saunders (30-0, 14 KOs) was booed heavily by a predominantly pro-Alvarez crowd of at least 3,000. Alvarez (55-1-2, 37 KOs) smirked during an exchange with Saunders in their final faceoff and maintained that the Englishman was unsuccessful in getting under his skin.

“I’ve been in big fights before,” Alvarez said through an interpreter. “I have the experience to deal with it. I’m ready for tomorrow.”