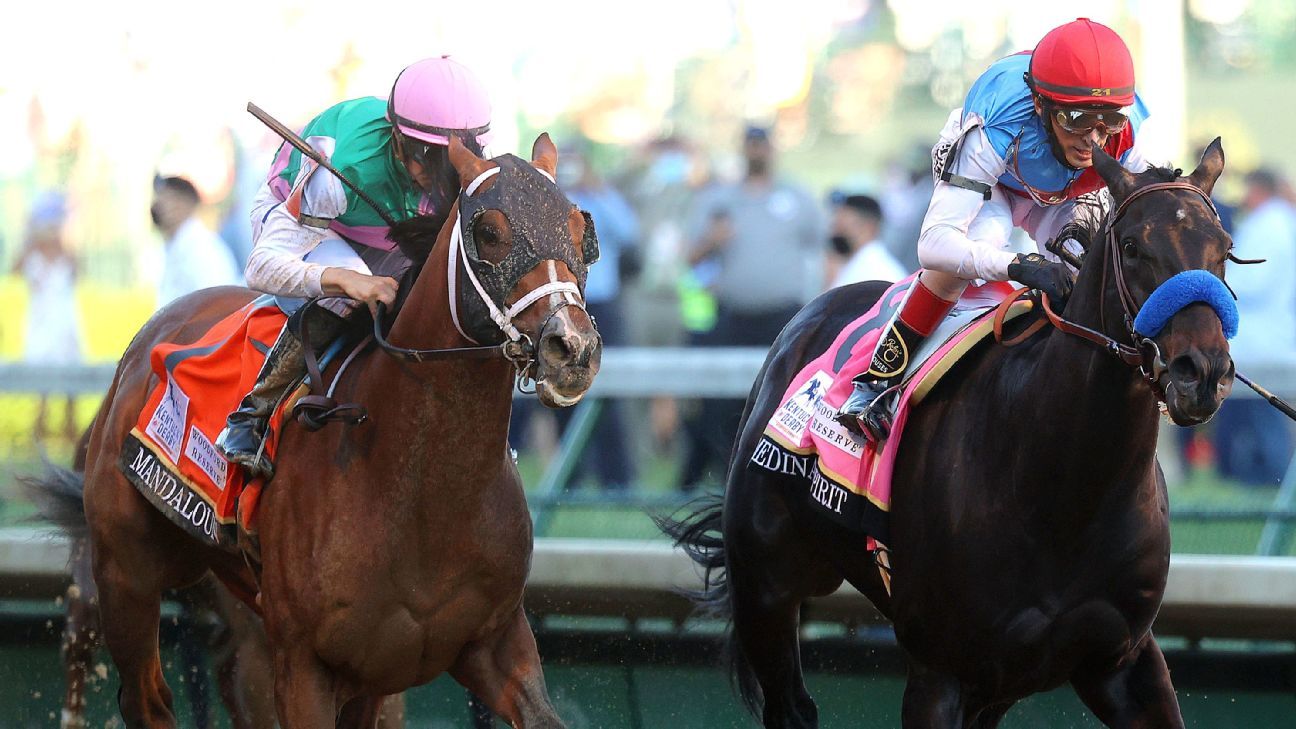 Cox said he will skip the second jewel of the Triple Crown with those two horses and Caddo River, who was scratched from the Derby after spiking a fever.

Mandaloun finished a half-length back of Medina Spirit as a 27-1 long shot, while Essential Quality was fourth after going off as the 3-1 Derby favorite.

Cox said Mandaloun was moving extremely well with good energy after jogging Thursday, adding that the horse showed “everything you want to see from a colt that performed at a high level at a mile and a quarter race.”

But the decision was made to skip the May 15 Preakness in Baltimore in the hope of keeping Mandaloun ready for more races as a 3-year-old and beyond.

Mandaloun “ran extremely well and hard and just feel like we would like to give him some time,” Cox said on a National Thoroughbred Racing Association conference call. “We just feel like, in the best interest of the horse, to run him back in two weeks is just not the right thing for him.”

The Travers Stakes in August at Saratoga Race Course is the new target for Essential Quality, who fell short of being the first gray horse to win the Derby since Giacomo in 2005. Cox said Caddo River, who has early speed and was expected to challenge Medina Spirit out of the gate in the Preakness, will be pointed to the Matt Winn Stakes at Churchill Downs on May 29.

Without Mandaloun or Essential Quality in the Preakness, Medina Spirit’s biggest challenger could be Concert Tour, who is also trained by two-time Triple Crown winner Bob Baffert. Owner Gary West opted to pass on the Derby with Concert Tour after a disappointing third-place finish in the Arkansas Derby, and Baffert expects the horse to be ready for the Preakness.

Medina Spirit surprised Baffert by going wire to wire with jockey John Velazquez aboard to win the Derby at 12-1. While Baffert said he can’t compare Medina Spirit to Triple Crown champions American Pharoah from 2015 and Justify from 2018, the colt who gave the Hall of Fame trainer his record seventh Derby win is on pace to try to make it a record eight in the Preakness.

Medina Spirit jogged a mile at Churchill Downs in Louisville, Kentucky, on Wednesday and stood in the starting gate Thursday before a light gallop. Baffert said the plan is for “normal gallops from here on out,” with the horse expected to arrive at Pimlico Race Course in Baltimore by the middle of next week.

The Preakness draw is set for Monday.