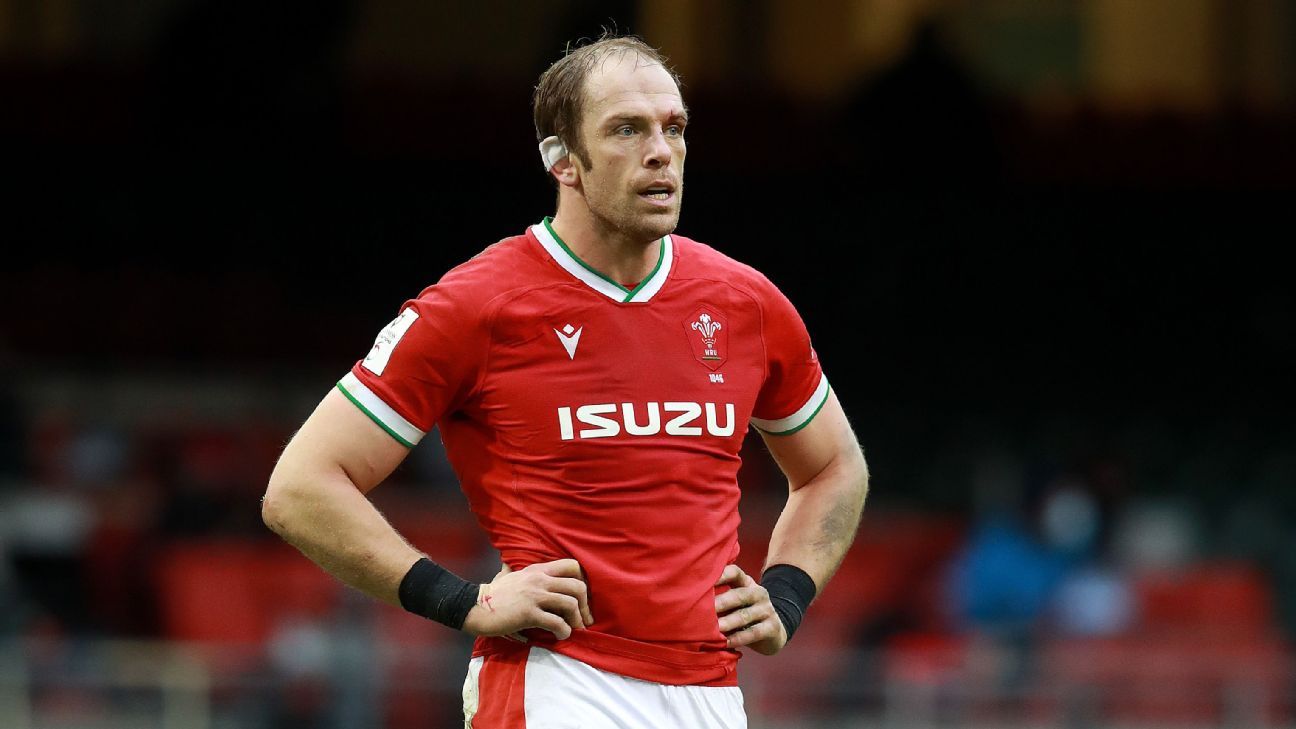 Wales captain Alun Wyn Jones will lead the 2021 British & Irish Lions on their tour of South Africa this summer.

Jones, 35, holds the record for the most caps in men’s international rugby, and is regarded as one of the great second rows.

The hugely experienced lock will join forces with his old Wales boss Warren Gatland as they aim to win the Lions’ first Test series against the Springboks since 1997.

This will be Jones’ fourth tour with the Lions having journeyed to South Africa in 2009, Australia in 2013 and New Zealand in 2017. He has won nine Lions Test caps to date and captained the side in the third Test against the Wallabies in 2013.

Jones has just skippered Wales to the 2021 Six Nations, and has been picked ahead of other contenders Maro Itoje, Owen Farrell and Stuart Hogg.

“I’m obviously very proud and privileged,” Jones said. “To be selected in the squad is initially what you want to be hearing as a player. To have the armband as well is a privilege.

“I had a call from Gats on Sunday evening — actually a missed call. I thought I’d better give him a call back. We had a quick chat and I accepted obviously.

“Initially the draw is to get into the squad. I’ve just got a huge amount of pride to be able to add this to the CV.”

While Gatland has previously emphasised that tour captaincy does not guarantee Test selection, Jones will be charged with heading up the leadership group as the Lions embark on this eight-match tour in South Africa, including the three Tests against the reigning World Cup champions.

Gatland also confirmed that he will take a 37-man squad on tour rather than 36 players.

The Lions’ schedule starts with a game against Japan at Murrayfield on June 26. They then travel to South Africa where their stay will be split between Johannesburg and Cape Town, due to scheduling challenges because of COVID-19 restrictions.

The team will open their South Africa programme against the Stormers on July 3 and then face a South Africa Invitation XV, the Sharks, South Africa A and the Bulls before playing the Springboks on July 24 in Johannesburg.

Then the Lions will journey back to Cape Town for the second Test, before finishing up in Johannesburg for the final Test against South Africa on Aug. 7.