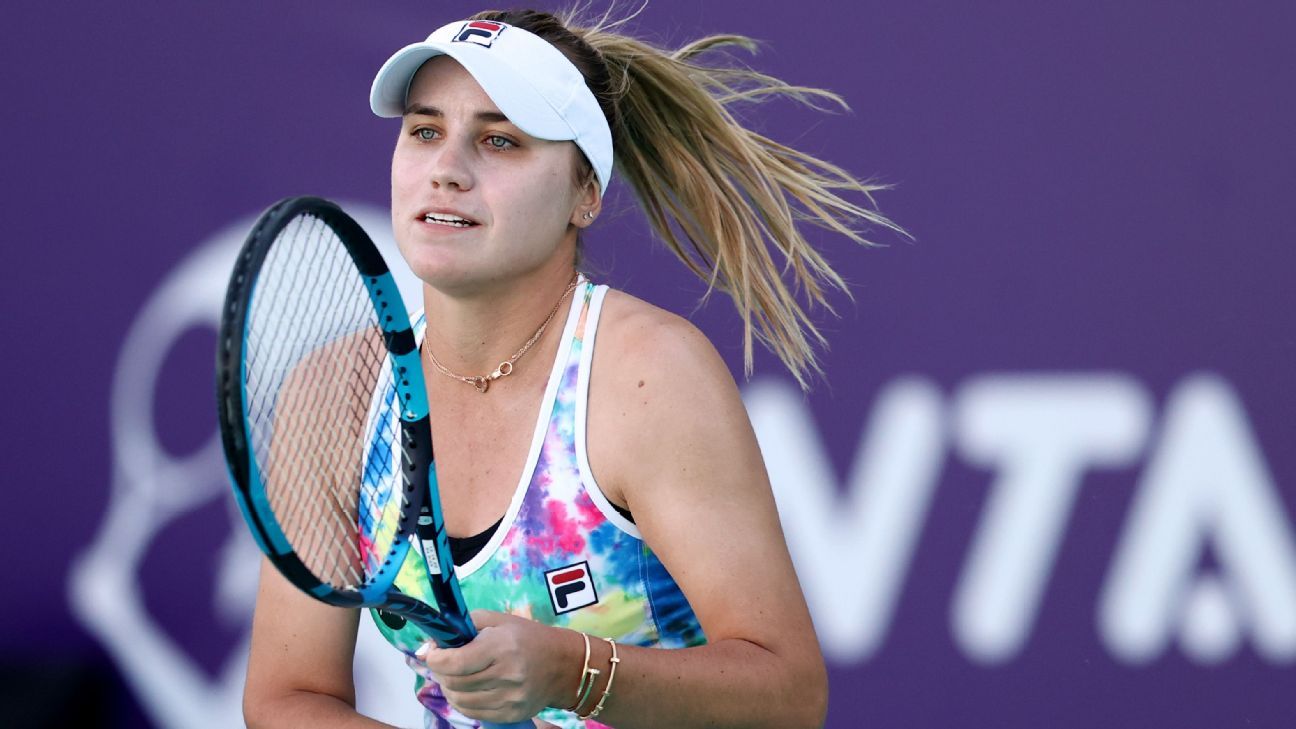 Sofia Kenin no longer will be coached by her father, announcing just weeks before the French Open she is “putting together a new technical team.”

Kenin, the Australian Open champion and French Open runner-up in 2020, wrote about the switch on Instagram on Friday.

The post included a photo of Kenin and her dad, Alex, posing with the Australian Open trophy last year.

“I wanted to let everyone know that after many years together I have decided to part ways with my father as my coach. This was not an easy decision for me as we shared many great moments together and had a lot of success,” Kenin said. “I will be forever grateful for my dad’s sacrifice and contributions towards getting me to where I am today.”

The 22-year-old American is No. 4 in the WTA rankings.

Her father has been a constant presence at Kenin’s side on tour and in the stands, sometimes warned by chair umpires for coaching during matches, which isn’t allowed at major tournaments. That happened during the fourth round of last year’s French Open, when Alex Kenin also switched seats and plopped himself down right next to the coach of Sofia’s opponent (so much for social distancing amid a pandemic).

About a decade before Kenin was born, her parents moved from Moscow to New York City. Alex took English classes and went to computer school during the day; he drove for a car service at night. Then, just before their daughter was born, the family returned to Russia. Later, they went back to New York and eventually settled in Florida, which Kenin still calls home.

She had been as far as the fourth round only once at any Grand Slam tournament before collecting her first major championship in Australia last year. That was followed with a run to the final at Roland Garros in October before losing to Polish teenager Iga Swiatek.

Kenin has been going through a slower start to 2021, with a record of just 7-7 heading into the Italian Open next week on red clay. The French Open begins May 30.

In her first Grand Slam appearance as the defending champion, she lost in straight sets to Kaia Kanepi in the second round at Melbourne Park in February.

That began a stretch in which Kenin has lost five of her six most recent matches.

“I am excited for what the future holds and look forward to putting together a new technical team in the coming weeks ahead,” Kenin wrote Friday. “I can’t wait to get back on the court next week in Rome.”