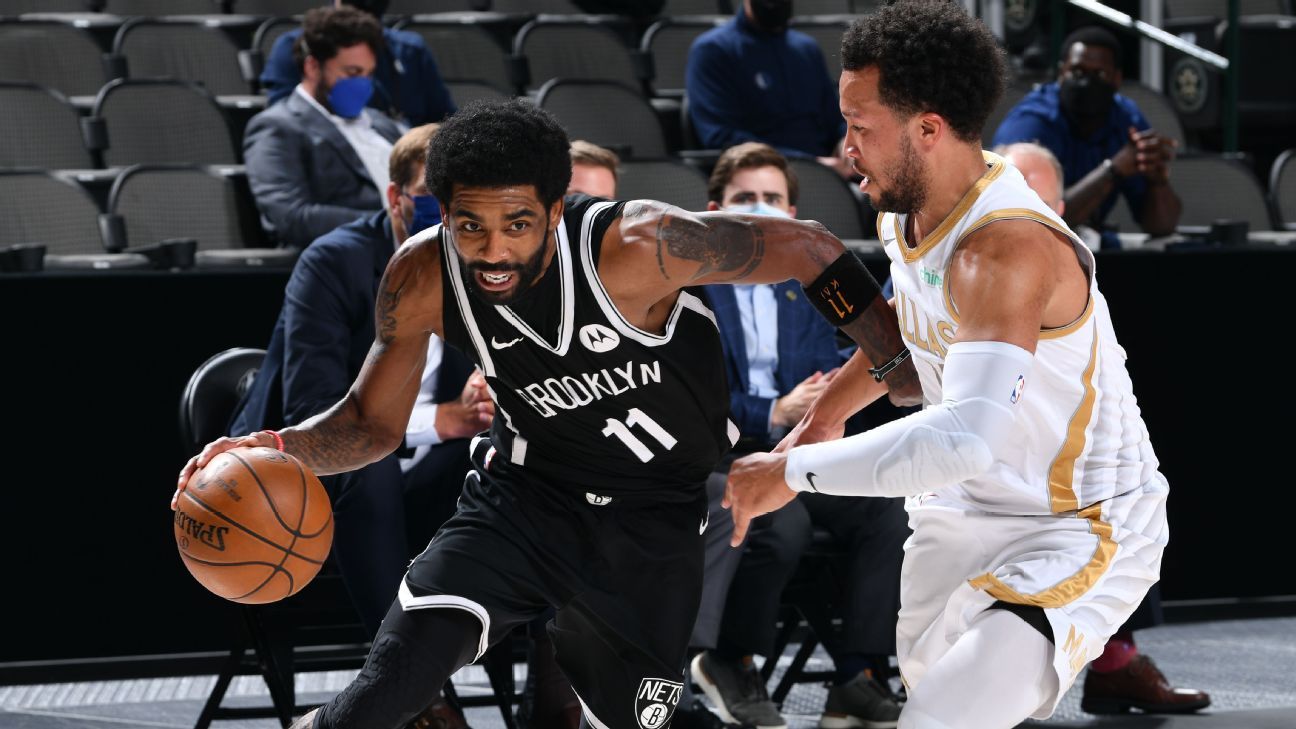 The Nets are in serious jeopardy of slipping to the East’s third seed after their 113-109 loss to the Dallas Mavericks on Thursday as Brooklyn has lost four straight games for the first time all season.

The Milwaukee Bucks are only a half game behind Brooklyn and own the tiebreaker between the teams. The Nets reclaiming first place in the East appears exceedingly unlikely, as the Philadelphia 76ers have a 2½-game lead and are riding a six-game winning streak.

The Mavericks’ eighth win in an 11-game span — with all of the losses strangely to the lottery-bound Sacramento Kings — was another step toward avoiding the play-in tournament that Luka Doncic so strongly dislikes.

Dallas is alone in the fifth spot of the Western Conference standings (pending the Lakers’ result against the Clippers, but the Mavs own the tiebreaker against the Lakers). The Mavs moved a full game ahead of the seventh-place Portland Trail Blazers, who own the season tiebreaker over Dallas. The No. 7 seed will fall to play-in games.

A fifth-place finish might get the Mavs a first-round rematch with the LA Clippers, who bounced them from the bubble in the first round last season. — Tim MacMahon

Wizards deal Raptors major blow — In what was pretty much last call for Toronto, the Raptors lost to the Wizards 131-129 to fall four games behind Washington with five to play in the battle for the final play-in spot. It didn’t come easy for the Wizards, who were pushed to overtime on a 3-pointer by Toronto’s Fred VanVleet with two second left in regulation.

Pacers cool off Hawks — The Pacers beat the Hawks 133-126 to hold on to their half-game edge on the Wizards for the ninth spot in the East, with the teams squaring off Saturday. Atlanta, which had a three-game winning streak snapped, sits a game behind the Knicks for the No. 4 seed in the East and a game ahead of the Celtics and Heat in the race to avoid the No. 7 seed.

Grizzlies can’t take advantage — Memphis entered the game with a half-game lead over Golden State for eighth place in the Western Conference, but couldn’t take advantage of a matchup with the lowly Pistons, losing 111-97. The Warriors can take over the No. 8 spot with a win over the Thunder later Thursday night.

• How the play-in tournament will work
• Current NBA standings

Game 2: No. 10 Washington at No. 9 Indiana — winner moves on in play-in; loser is eliminated

Game 3: Indiana/Washington winner at Miami/Charlotte loser — winner is No. 8 seed in playoffs

Game 2: No. 10 San Antonio at No. 9 Golden State — winner moves on in play-in; loser is eliminated

Highlight of the night

180 — Russell Westbrook had the 180th triple-double of his career, leaving him one shy of tying Oscar Robertson for the most in NBA history. Westbrook had 13 points, 17 rebounds and 17 assists, but was 5-for-19 from the field, had seven turnovers and fouled out in overtime.

4-6 — The Nets are 4-6 since Jan. 16 when Kevin Durant and Kyrie Irving play without James Harden.