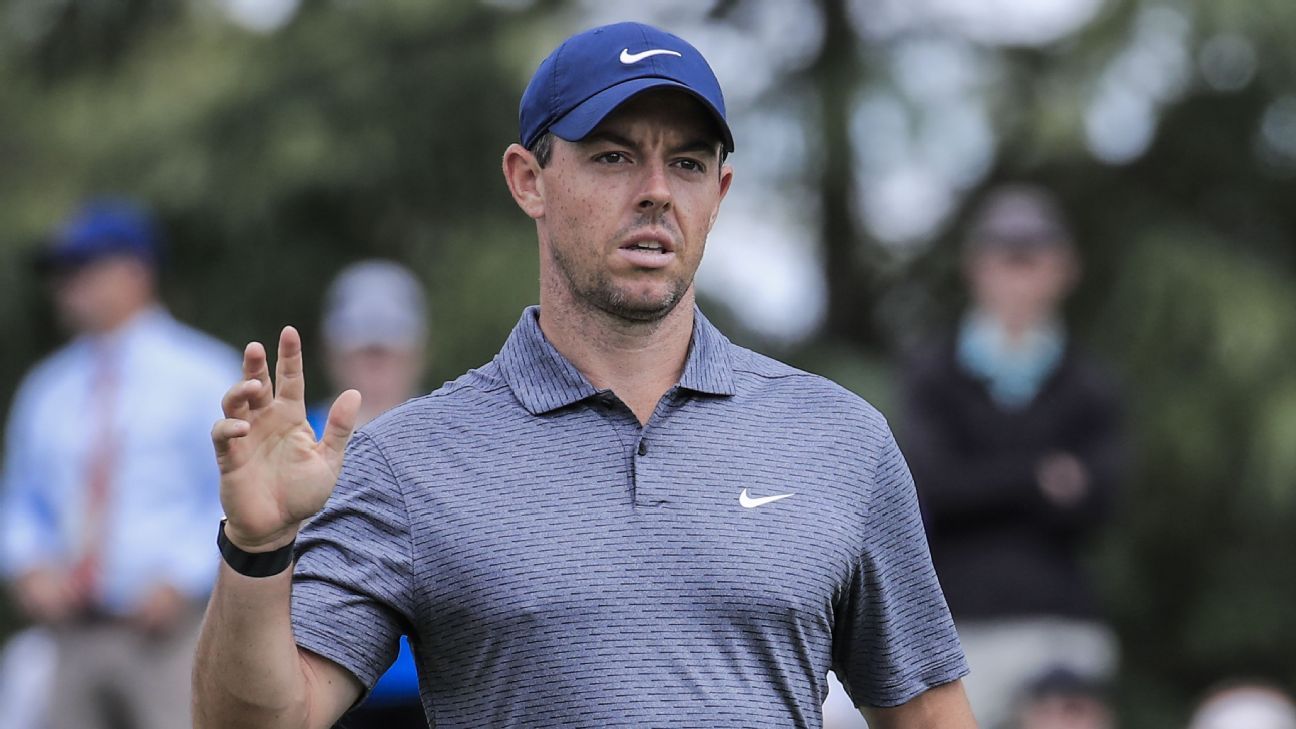 CHARLOTTE, N.C. — Rory McIlroy slipped to 15th in the world this week, which in golf’s big-picture world is not a huge deal. But when you consider that it is the lowest he has been since 2009 — when he was just 20 years old — it means a good bit more.

McIlroy, who celebrated his 32nd birthday this week, has been struggling with his form throughout the coronavirus pandemic, dropping from No. 1 in the world when play was halted in March 2020 to his current ranking.

It’s been a frustrating time for one of the game’s best players, which is why his 5-under-par 66 at the Wells Fargo Championship on Friday was such a welcome result.

The score he shot at Quail Hollow was just one round, but it helped McIlroy make it to the weekend of a golf tournament for the first time in two months. He had missed the cut at the Players Championship and Masters and also failed to advance to the final 16 players at the WGC-Dell Technologies Match Play Championship.

This is McIlroy’s first event since having the weekend off at the Masters.

“When you’re playing bad, you feel so far away. And when you’re playing good, you always think to yourself, how did I feel like I was so far away?” said McIlroy, who completed 36 holes at 4-under 138. “It’s such fine margins, especially out here when the difference between a good tee shot and an average tee shot is probably one shot.

“When you played the way I played sort of through that stretch in March and into April, you’re going to feel like you’re not as close as you probably are. But I worked hard after Augusta. I took a week off and reset, which I needed. But then I put my head down and worked hard and at least felt better about everything coming in here.”

Two of McIlroy’s 18 PGA Tour titles have come at Quail Hollow, including his first in 2010. That helps, as well as the work he’s been doing recently with veteran instructor Pete Cowen, who was brought in after the Players Championship to help McIlroy with his swing.

McIlroy’s results have not been horrible — he has three top-10s in nine worldwide starts in 2021. But he’s also missed three cuts and has not won since November of 2019.

Last year was particularly frustrating for the four-time major champion, as he had top-10s at the U.S. Open and Masters, but never really contended down the stretch of any tournament.

After opening the tournament with a 1-over-72, McIlroy made six birdies and a bogey on Friday despite hitting just five fairways. He still managed to hit 15 of 18 greens.

“It was better,” McIlroy said. “I felt like I found something with my iron play last week. I didn’t get a chance to show it yesterday because I wasn’t finding the fairway much. But having some more opportunities today, I was able to show it a bit and it was nice. I played some really good shots into the par-3s and that’s something that I haven’t been doing for the last few months, so that was nice.”