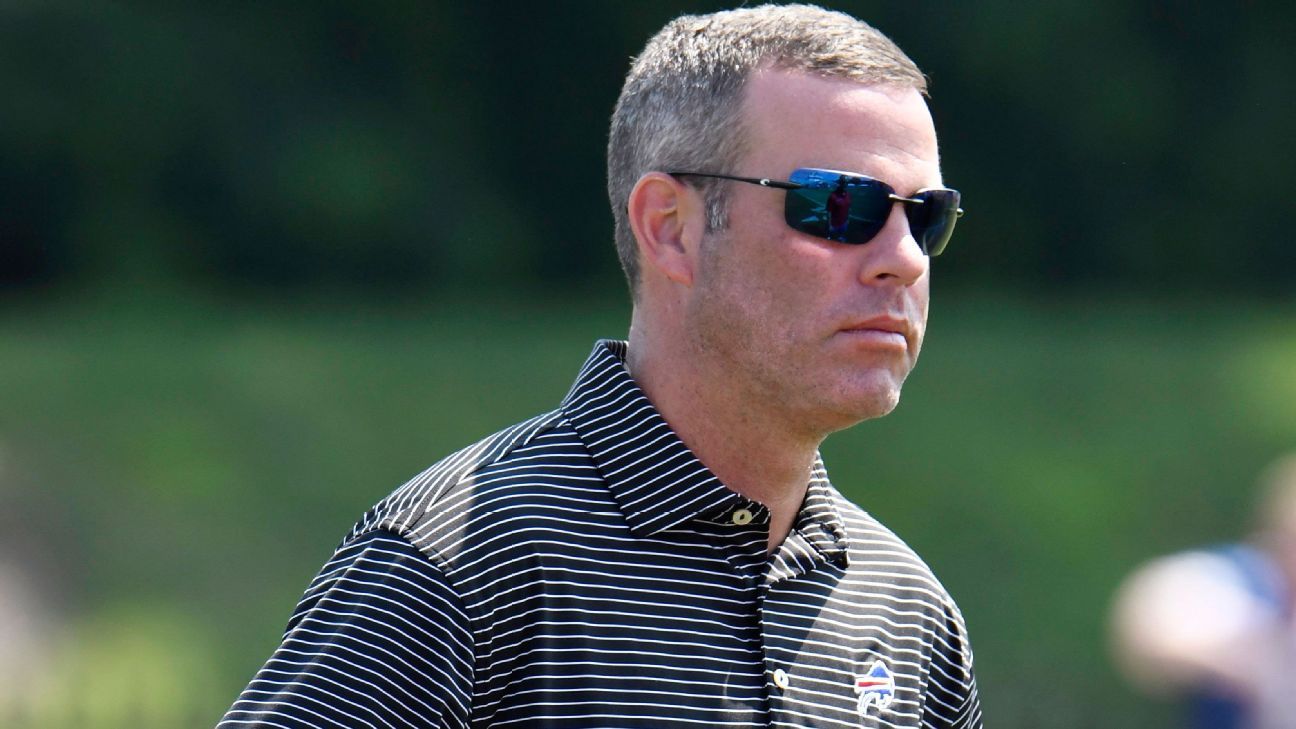 Brandon Beane got a call from the NFL league office this week, a league source said, about the Buffalo Bills general manager’s comments during a radio interview about whether he would hypothetically release an unvaccinated player if it meant the team reaching a league-imposed minimum percentage of vaccinated individuals.

The message the league delivered to Beane, according to the source, was that a team may not release a player solely due to vaccination status.

During an interview on “One Bills Live” on Wednesday, Beane was presented a scenario in which the Bills were one player away from reaching an undefined percentage of vaccinated players, asking if he would cut an unvaccinated player to return to normalcy.

Beane said he would, citing the advantage it would give the team.

“We’re laughing, but these meetings [last season] were not as productive as before,” Beane said. “You guys saw it in the field house — sometimes we’d have three to four meetings going on, and sometimes you’re talking over each other. But it was the only way to pull it off and be socially distanced.

“So it would be an advantage to cut a player and fall under that umbrella.”

The NFL and NFLPA have not finalized the coronavirus-related workplace guidelines for this offseason and the 2021 season. But in various memos to teams, the league has said that vaccinated individuals will be able to enjoy more relaxed COVID-19 protocols than unvaccinated ones — i.e., weekly COVID-19 testing instead of daily, lack of quarantine requirements if deemed a close contact of an infected individual and more freedom to gather with others outside of the team facility.

“It is also anticipated that clubs that achieve a certain rate of vaccination among its tiered staff and players may be permitted to relax restrictions that apply to meetings, mealtime and use of locker rooms,” the NFL said in a recent memo. It was that item to which Beane referred in the interview.

The NFL has said it will not require players to be vaccinated but has directed its teams to educate all players and staff about vaccines and to encourage them to get vaccinated. The league has provided educational materials, developed in consultation with outside medical experts, about the vaccines and has told teams, “We strongly recommend that each club consider ways to further share and disseminate the information outlined in these educational programs.”

The league hopes that the relaxation of COVID-19 restrictions for vaccinated players and for teams that reach a certain percentage threshold of vaccinated personnel will act as incentive for as many players and team personnel as possible to get vaccinated.

Information from ESPN’s Marcel Louis-Jacques was used in this report.