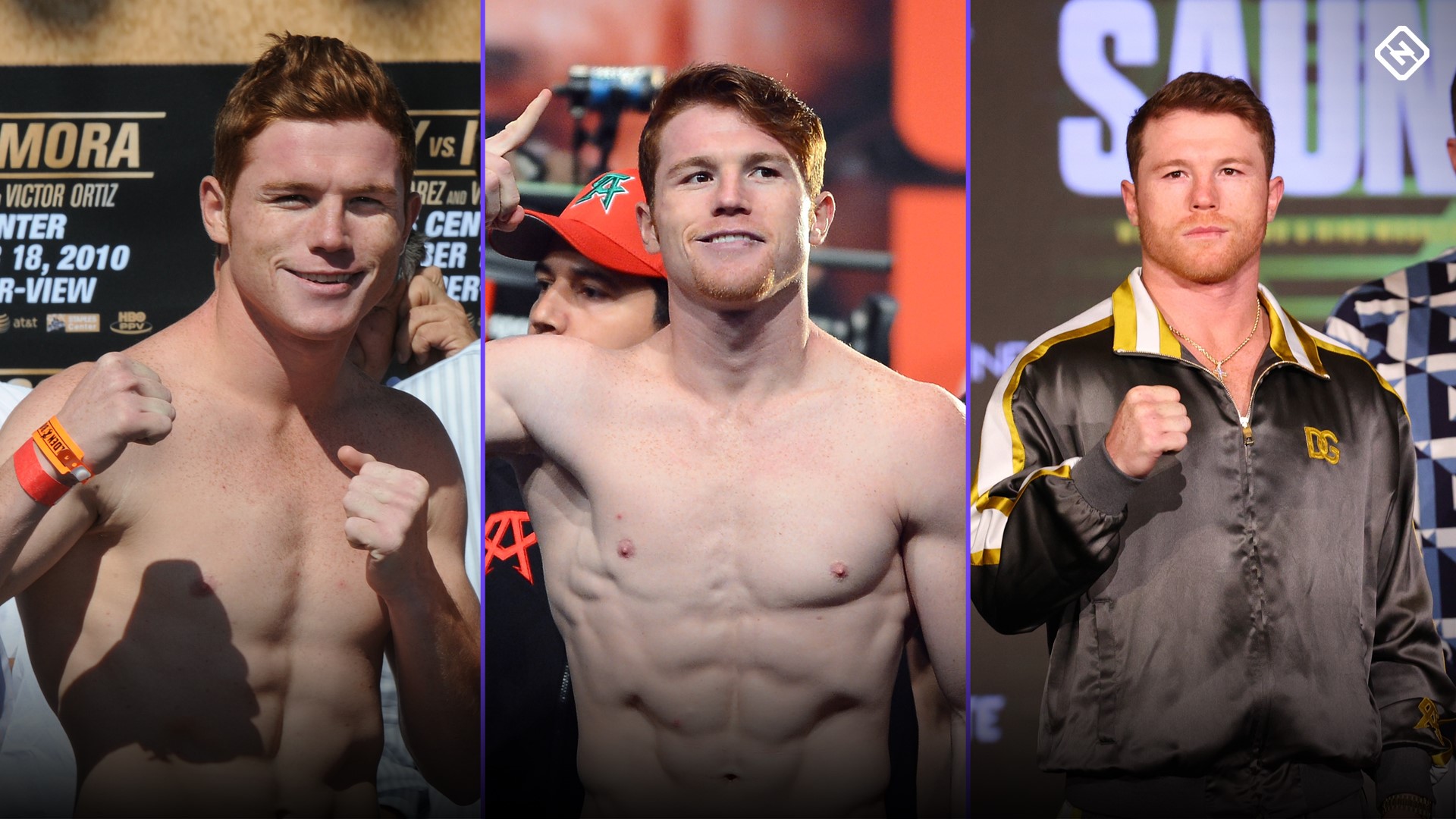 Canelo Alvarez is a four-division world champion that is currently recognized by many as the best pound-for-pound fighter in the world. The WBC and WBA (Super) 168-pound champion will attempt to get closer to becoming the first undisputed super middleweight champion in the four-belt era when he faces WBO titleholder Billy Joe Saunders on May 8.

With 15 years as a professional fighter, a fantastic 55-1-2 record and being widely recognized as the biggest star in boxing, few could argue that Alvarez doesn’t already possess the credentials to be a first-ballot hall of famer.

With a list of opponents that already includes the likes of Floyd Mayweather, Miguel Cotto, Shane Mosley and Gennadiy Golovkin, it can be said that he’s just about accomplished everything a fighter would want in their career.  However, Alvarez is only 30 years of age and just now entering his prime years. And the frightening thing is that it means we have yet to see the Mexican superstar take his final form both in and out of the ring.

MORE: Sign up to watch Canelo vs. Saunders on DAZN

As a fighter, Alvarez has shown immense improvement since suffering his only loss to Floyd Mayweather in 2013. He tightened up his defense, become a dangerous counterpuncher and has figured out how to make adjustments on the fly. He has also learned what it means to be boxing’s cash cow by making few concessions when it comes to his opponents. When Mayweather forced Canelo into a 152-pound catchweight, the physically drained Alvarez wasn’t completely at his best against the undefeated fighter. Not that it would have made much of a difference, but he learned that every little advantage counts and applies it today.

Since then, Canelo has not only become a better fighter, but he’s also learning what it takes to become a bigger star.

After declaring himself as a free agent, Alvarez swiftly struck a deal with Matchroom Boxing and began his hunt to become the undisputed super-middleweight champion by dominating previously unbeaten Callum Smith in December to claim the vacant WBC title along with Smith’s WBA (Super) championship. Rather than sit idle, Canelo jumped right back into action in February and throttled the mandatory challenger for his WBC title with a brutal third-round stoppage of Avni Yildirim.

While some scoffed at the idea of Alvarez facing Yildirim, it was an opportunity for Canelo to protect his WBC title while staying active. And with activity comes visibility. Alvarez didn’t risk a long layoff and remained in the public eye while scheduling his upcoming fight with Saunders three months later.

We’ve seen more personality than we ever have with Alvarez during this particular fight week. He has openly discussed his rift with Oscar De La Hoya while also showing a different side of his usually stoic persona.

In an appearance on “In Depth with Graham Bensinger,” Alvarez did everything from offer a tour of his luxurious mansion in Guadalajara to offer the shocking story of how he negotiated the release of his kidnapped brother during the week of his fight with Rocky Fielding in 2019. The usually guarded fighter opened up in ways that he hadn’t before by giving viewers a peek inside of his life. For years, Alvarez interviews were relatively mundane with the red-headed fighter offering very little insight into his life. This particular interview was a huge departure from the Canelo we used to know.

But what you may also notice is that Alvarez speaks in English for much of the interview. For many, it has been known that Alvarez understands the language but has been reluctant to speak it on camera. And that may have hamstrung his marketability in the U.S. market. But now he’s opening himself up in ways that he hasn’t before, and it’s clear that he understands what it takes to be a global superstar. It has never just been about being a great fighter inside of the ring as much as it is about being an entertaining one outside of it. And Alvarez now realizes that there is more to boxing than … well … boxing.

But there’s still work to be done inside of the ring, and Canelo seems to be focused squarely on the task. It has also helped that Saunders made a decision to be the antagonist heading into the fight. He threatened to pull out of the fight over the ring size and no-showed a photo opportunity early in the fight week. His antics have caused Alvarez to react accordingly as the two have been seen jawing at each other whenever they are in close quarters. Perhaps unwittingly, Saunders’ behavior is playing right into his opponent’s hand.

It adds another wrinkle to the fight that engages fans and adds interest to the showdown, which is set to break the indoor boxing attendance record in the United States with over 70,000 expected to attend.

At the age of 30, Alvarez has a lot of fight left in him, and it appears that he’s about to enter the next level of stardom by embracing the other aspects of entertainment that he once ignored on his way up. If you take into account that he continues to improve as a fighter and is prepping himself for a run as a global megastar, the possibilities are endless in terms of income and visibility.

It’s rare that the best fighter in the world is also the sport’s biggest draw, but Alvarez has sewn both up. Much like LeBron James, Canelo has decided to push past his potential in an effort to become bigger than the sport he’s a star in. Just when you think he can’t get better, he does.

Who knows when Canelo will hit his ceiling? Between his unique look that seems ready made for Hollywood and his stellar fighting ability, Canelo has an opportunity to become one of the biggest stars the sport has ever seen while also securing his place among the all-time best fighters. It’s a unique combination of business savvy and the willingness to face any opponent that has allowed Canelo to acquire this kind of success.

And he’s far from finished.

“The goal is to be undisputed at 168 pounds and then we’ll see,” Canelo said earlier in the week while making it clear that he’s targeting IBF champion Caleb Plant for his next fight later this year. “I think I could stay at super-middleweight until the end of my career. I think I have about seven years left until I retire, but I’m listening to my body and when it tells me to quit, I’ll quit.”

Of course, he still has to win. But as long as he does, it’s clear that we have yet to see the best of what Canelo Alvarez has to offer.