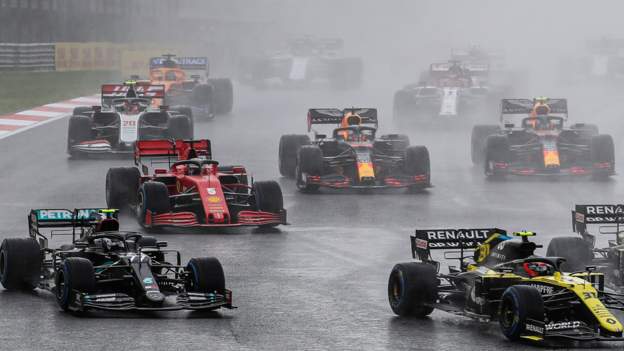 Next month’s Turkish Grand Prix is under threat after the UK government put Turkey on its red travel list.

UK transport secretary Grant Schapps said on Friday that red-list countries “should not be visited except in the most extreme circumstances”.

F1 said it was “assessing the situation and will provide more details in the coming days”.

The race is scheduled to take place between 11 and 13 June.

F1 has scheduled a record 23-race season in 2021 but has already had to postpone the Australian and Chinese Grands Prix from their original early-season dates.

Australia has been rescheduled for November but remains one of a number of races that is in doubt because of the Covid-19 pandemic.

Others in that situation are Singapore, Japan, Brazil and Mexico.

In Brazil and Mexico, the high numbers of Covid cases raise questions as to whether F1 can visit the countries. Japan has put Tokyo and Osaka under emergency restrictions and there are questions about the viability of the summer Olympics.

In Singapore, case numbers are low but it is unclear whether the country will allow F1 in for the grand prix in September, and under what circumstances, as the government has used travel restrictions as part of its policy map for controlling the pandemic.