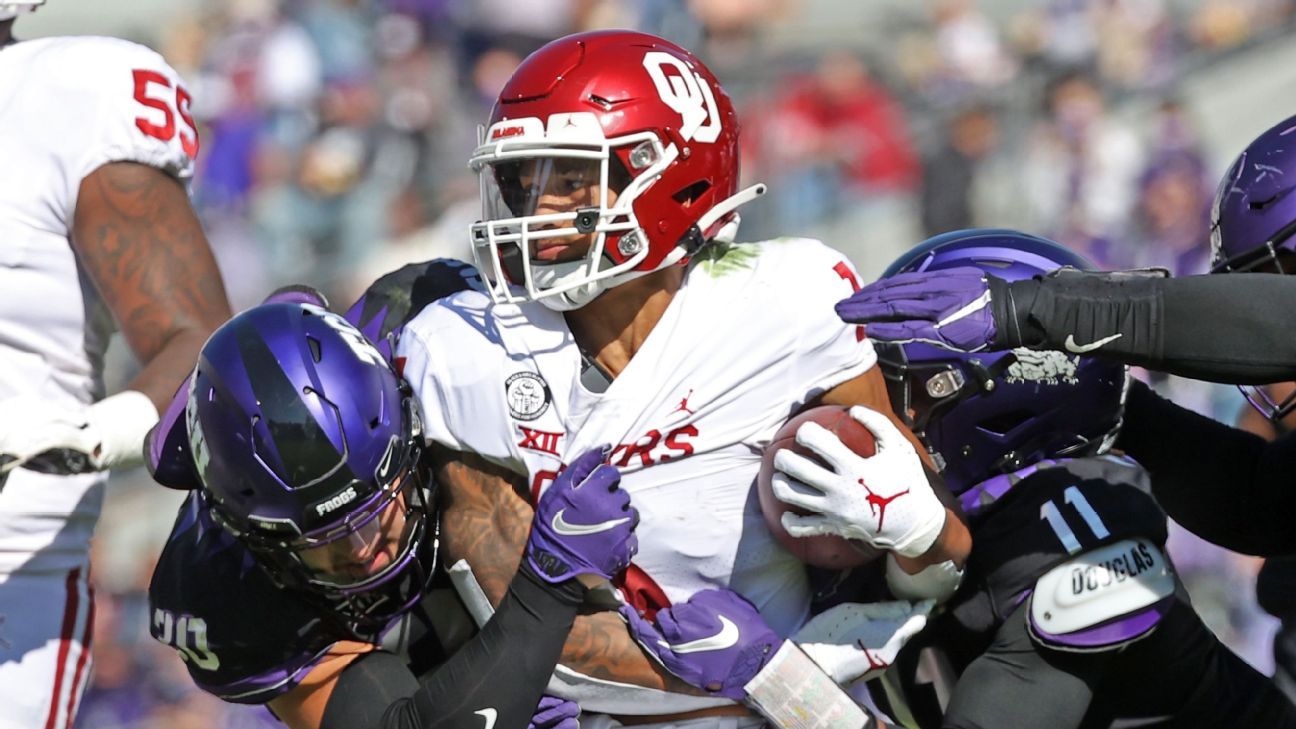 Arrest warrants were filed in Cleveland County on Friday for former Oklahoma football players Seth McGowan and Trejan Bridges on felony charges of robbery, conspiracy and assault and battery with a dangerous weapon.

Lincoln Riley said on Thursday that the players were no longer on the roster, telling reporters, “they’re not members of our program anymore.”

On April 15, police responded to multiple 911 calls from an apartment complex in Norman at about 11 p.m. According to a probable cause affidavit, the victim told police that McGowan contacted him via Snapchat to purchase marijuana, was told no, but proceeded to the victim’s apartment anyway.

When the victim opened the door, a man he recognized as McGowan stepped in and “was acting strange, with his right hand up his shirt.” The victim asked if McGowan had a gun, and two other men, including Bridges, entered.

The victim grabbed McGowan and pulled him to the floor and was struck on the head with a gun and kicked multiple times. He said Bridges pointed a .45 Glock with an extended magazine at him and threatened to shoot and kill him. The third suspect, still unidentified, allegedly stole a backpack from his room with items including “jewelry, marijuana, high dollar shoes and cash.” The victim said Bridges said he would come back and kill him if he got up before 10 minutes had passed.

The affidavit states that a search warrant executed on April 16 at Bridges’ apartment located a gun matching the description of the one used in the robbery.

Attorneys for both players have denied the allegations.

After the 2019 season, Bridges tested positive for marijuana and was one of three Oklahoma players suspended before the Peach Bowl. That suspension lasted until the 2020 Big 12 championship game, and he finished the season with two catches for 19 yards in a 55-20 win against Florida in the Cotton Bowl.

McGowan had 58 carries for 370 yards and three touchdowns last season.