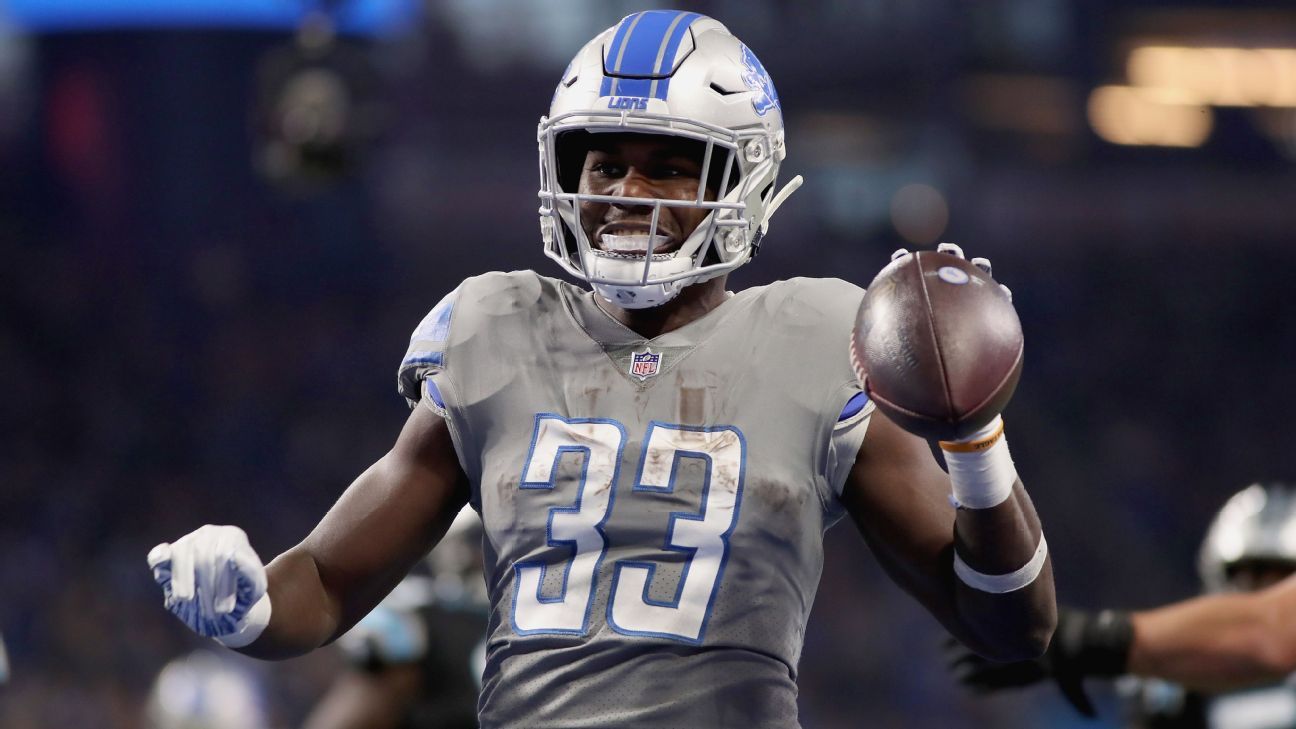 The Lions waived Johnson on Thursday, officially cutting ties with their second-round pick out of Auburn in 2018.

He became expendable after the team drafted D’Andre Swift No. 35 overall in 2020, signed free-agent running back Jamaal Williams in March and then drafted Oregon State’s Jermar Jefferson in the seventh round this year.

Johnson was productive in his first season with Detroit, leading it in rushing (641 yards) in 2018 despite playing just 10 games due to a knee injury. But another injury kept him to just eight games in 2019, and Swift and veteran Adrian Peterson ultimately took over the backfield duties this past season.

Overall, Johnson, who turns 24 in June, ran for 1,225 yards and eight touchdowns over three seasons in Detroit. He also had 61 receptions for 527 yards and three scores.