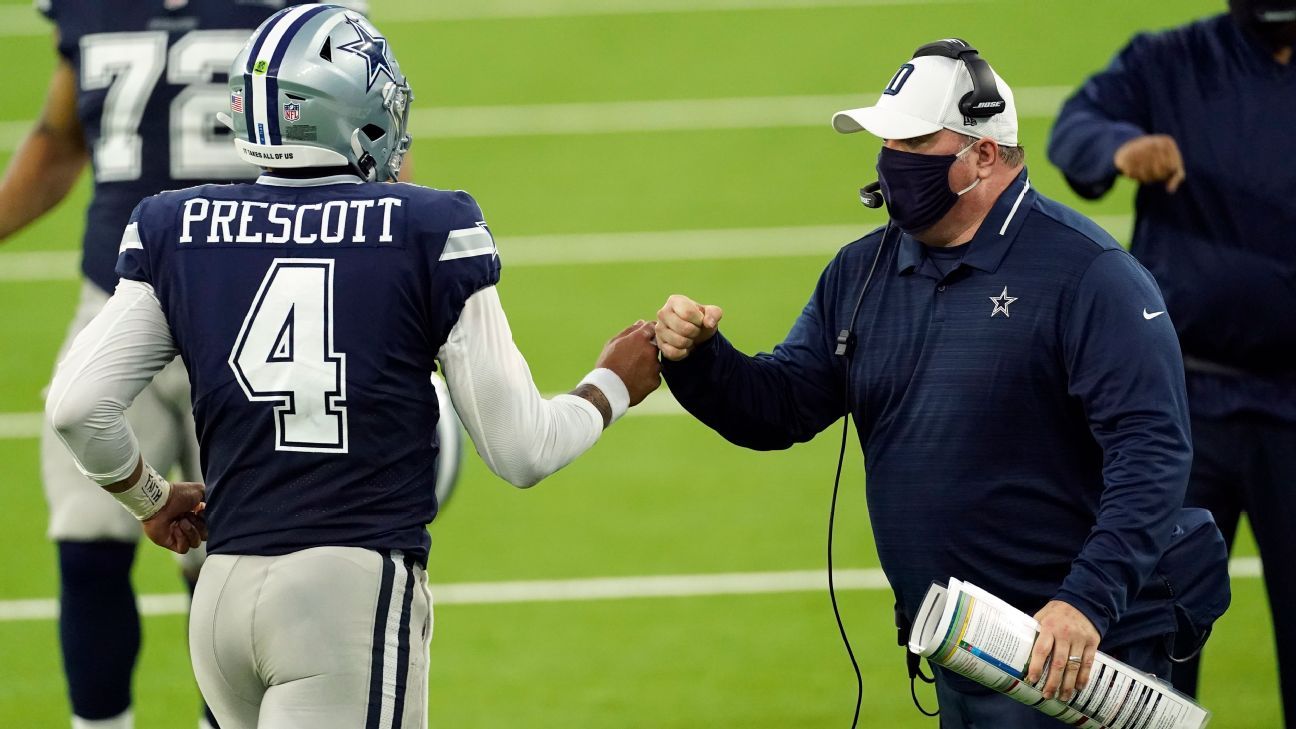 The NFC East is up for grabs for the 2021 NFL season. That’s nothing unusual. After all, this is a division that hasn’t had a repeat winner since the Philadelphia Eagles in 2004.

As if that’s not enough, none of the division’s storied franchises managed to finish with a winning record last season, leaving lots of room for improvement.

The Washington Football Team is the default defending NFC East champion after finishing 7-9. But the Dallas Cowboys are still the early favorites, for seemingly the 20th consecutive year. Clearly hope annually springs eternal for Cowboy Nation.

It would be foolish to count out anybody in this unpredictable division, especially considering the major offseason moves made by Washington, the New York Giants and Philadelphia. As the odds note, every team is a contender, albeit some more popular with the general public than others.

Oddsmakers project the division to be competitive yet rather underwhelming for the second straight season. Among the four teams, Dallas has the highest win total at 9.5 (under -130). However, the Cowboys are the NFL’s only projected division winner with a win total that is not in double digits.

The win totals also indicate that Washington (8), New York (7) and Philadelphia (7) can surpass Dallas to win the division. In fact, at 5-1, the Eagles have the shortest division odds of any team that is expected to finish in last place in 2021.

Here’s a breakdown for each NFC East team, with odds provided by Caesars Sportsbook by William Hill:

What’s the value (good, bad, about right)? About right. It seems as if there is buy-in that the Cowboys will be a contender in 2021. Maybe that’s just the way to draw in bets. There are questions around this team, starting with quarterback Dak Prescott‘s health, of course, but they have not added big-time talent in free agency, and can rookies make a big difference in coordinator Dan Quinn’s defense?

Why the Cowboys can win: It’s possible if the talent comes together, if coach Mike McCarthy can punch the right buttons, if Quinn can make the defense better. That’s a lot of ifs. But talent-wise, the Cowboys are better on offense than any other team in the division. Prescott’s health shouldn’t be an issue by the time the season starts. The Cowboys are confident offensive linemen Tyron Smith, La’el Collins and Zack Martin will be at 100 percent. Running back Ezekiel Elliott has something to prove. The defense simply cannot be worse than it was a year ago. Of the division teams, the Cowboys would appear to have the most going for them.

Who should be the favorites: It can’t be the Eagles with a rookie coach and Jalen Hurts at quarterback, although they have made some solid additions. It can’t be Washington since no team has repeated as division champ in 16 seasons, although that defense will be exceptional. It might be the Giants, especially if that offense can get it going with running back Saquon Barkley‘s return from injury and Kenny Golladay at wide receiver. That leaves the Cowboys as the favorite. Maybe the odds are right after all. — Todd Archer

Marcus Spears argues with Mina Kimes and Dan Orlovsky over why the Cowboys had the best draft out of the NFC East teams.

What’s the value (good, bad, about right)? About right. Though Dallas is considered the favorite based on these odds, it’s not as if Washington is severely undervalued. This likely will be a three-team race, with Washington just as good of a bet as the others. When you consider that no team has repeated as the division winner here in forever, it’s understandable Washington isn’t the favorite.

Why the WFT can win: Because it upgraded both sides of the ball coming off a 7-9 division championship in coach Ron Rivera’s first season — one impacted by his cancer treatments. It added speed at wide receiver with Curtis Samuel and Dyami Brown. It bolstered the offensive line with second-round tackle Samuel Cosmi. It added cornerback William Jackson III and linebacker Jamin Davis to solidify the group playing behind one of the best defensive lines in football. And, while quarterback Ryan Fitzpatrick has never appeared in a playoff game he, too, is an upgrade — and playing the best ball of his career.

Who should be the favorites: Washington, by the slimmest of margins. I was going to say Dallas because of Prescott’s return, and New York is right there, too. But no. Washington had the division’s best defense and improved its offense. Consider that it won seven games despite going 1-5 in six starts by quarterback Dwayne Haskins Jr., who was released last season, and five of those seven wins came with a legitimate starting quarterback — Alex Smith (5-1) — in the lineup. So while Dallas will be better with Prescott and New York has improved its offensive skill talent, Washington also will be much better with Fitzpatrick and its additions to pair with the division’s best defense. — John Keim

What’s the value (good, bad, about right)? Good. Borderline great. I thought the Giants would be close to favorites in the division after their offseason additions. Instead, they haven’t earned a shred of respect from the betting public. This oversight creates opportunity. Jump on the Giants at +450. They might not win the division, but at these odds it’s a smart proposition to at least take the chance that things continue trending in the right direction in Year 2 under coach Joe Judge. They came close in his first season with an inferior roster.

Why the Giants can win: Look at the additions. Golladay. Cornerback Adoree’ Jackson and tight end Kyle Rudolph. First-round talents Kadarius Toney (wide receiver) and Azeez Ojulari (edge rusher). And they’re getting Barkley back from injury. There is a lot to like about what the Giants did this offseason. They were close to winning the NFC East last season with the league’s 31st-ranked scoring offense. Quarterback Daniel Jones with all these playmakers in the second year of an offensive system will be better. And so will the Giants.

Who should be the favorites: Consider me skeptical of the Cowboys. How about they do something before earning even the slightest bit of public trust? The favorite should be Washington, and it shouldn’t be close. It won the division in 2020 with the league’s second-ranked defense and upgraded this offseason at quarterback. Even though I’m not much of a FitzMagic fan, Washington is the team to beat. — Jordan Raanan

Stephen A. Smith bursts into laughter after Max Kellerman picks the Giants to take home the NFC East crown.

What’s the value (good, bad, about right)? Good. The Eagles were a train wreck last season, no doubt, and have since parted with quarterback Carson Wentz and coach Doug Pederson, but giving them the longest odds is an overreaction to one down year. Philadelphia has consistently been the best bet since the turn of the century, claiming the division crown nine times in 21 tries since 2000. (Dallas is next with five.) In the land of mediocrity that is the modern-day NFC East, any team can win it, including the Eagles.

Why the Eagles can win: Wentz was one of the worst quarterbacks last season statistically; it’s reasonable to expect Hurts to clear that bar with relative ease. The addition of first-round pick DeVonta Smith will take some of the load off Hurts and help ignite the offense, as will fresh ideas from first-year coach Nick Sirianni and a return to health for the offensive line, which is still one of the best units in the league on paper. The free-agent signing of safety Anthony Harris will help the Eagles generate more takeaways under defensive coordinator Jonathan Gannon.

Who should be the favorites: It’s good to see some things never change, like the annual hyping of the ever-underperforming Cowboys. Give me a break. Washington should be in the pole position. The roster continues to improve at the skill positions and along the trenches, and the team will respond well to the steady leadership of Rivera and Fitzpatrick. — Tim McManus