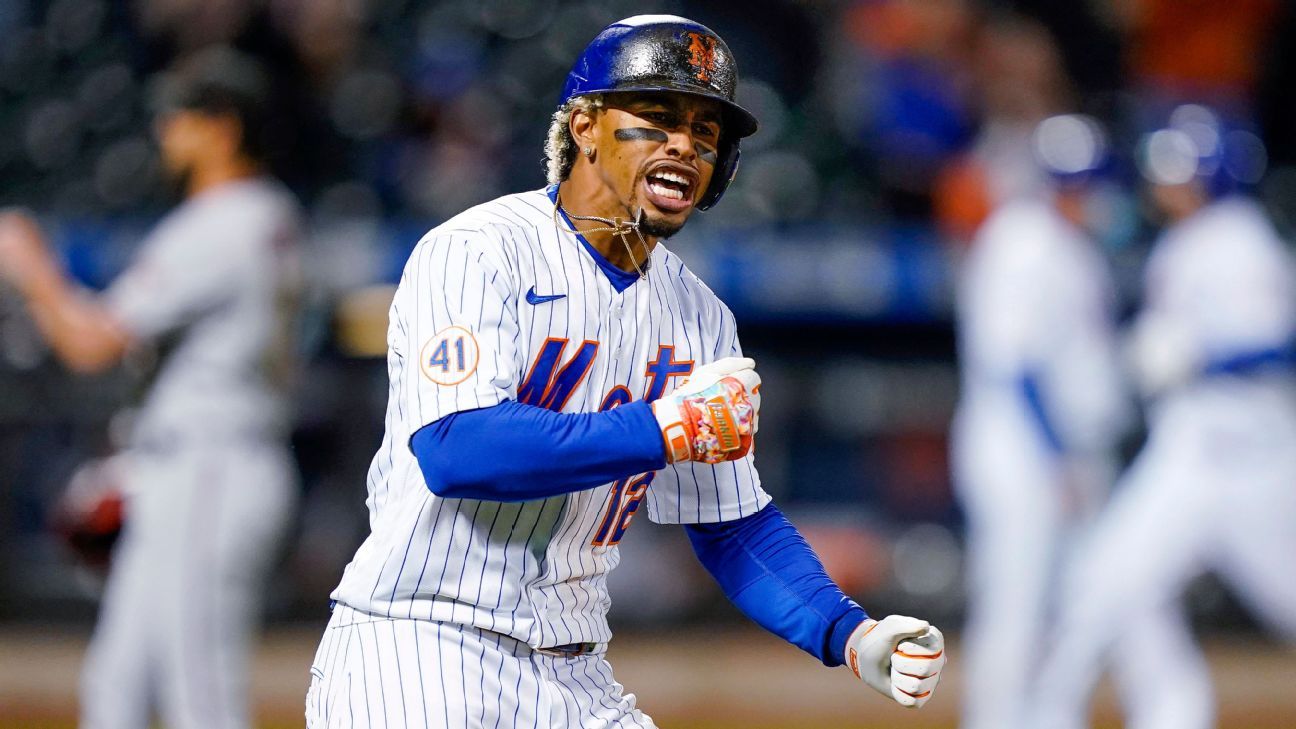 Who smells a rat? Or was it a raccoon? Is it a cover-up? Is there discord in the bowels of Citi Field? If there was, would anybody admit it?

Um, what? To understand that and what follows, we’ll have to start with what we do know for sure.

The New York Mets picked up a much-needed, extra-inning win against the Arizona Diamondbacks on Friday, winning 5-4 when rookie Patrick Mazeika drove in Pete Alonso with a fielder’s choice in the 10th inning.

But after the game, all the focus was on what happened before that.

First, there was a groundball single up the middle in the top of the seventh on a ball of the bat of Arizona’s Nick Ahmed. It appeared that Mets second baseman Jeff McNeil yielded to Lindor on the play. Lindor then fielded the ball but was unable to throw Ahmed out at first. After the game, McNeil termed it a “miscommunication” and Lindor said, “That one was on me.”

Then, in the bottom of the inning, the slumping Lindor had one of his biggest moments yet for the Mets, launching a game-tying two-run homer to left off Arizona lefty Caleb Smith. Lindor yelled and pounded his chest in excitement as he rounded the bases. He strode through the dugout exchanging high-fives with celebrating teammates. After a brief trip down into the tunnel behind the Mets’ dugout, Lindor spent the rest of the inning watching with a look that was more intense than jubilant.

After the last out of the bottom of the seventh, something happened in the Mets’ tunnel. Video from the incident showed several Mets running towards it and pointing. Then everyone came out on the field to take their position and speculation erupted on social media that Lindor and McNeil had gotten into some kind of altercation, though there was no way from the video circulating around to tell if that’s what happened.

So everyone had to wait until after the game for answers. And the answers they got from Lindor could not have been more unexpected if he had been a known devotee of surrealism. He did not dance around the topic but went straight to it. It was all about a rat … or maybe a raccoon. Yes, you read that correctly. That was Lindor’s story. McNeil not only confirmed it but added possum to the list of possible tunnel invaders. Mets manager Luis Rojas didn’t corroborate any rodent anecdotes, but he also seemed strangely oblivious about what had taken place.

And if there was a real disagreement, Lindor and McNeil both insisted that it was only about the identity of the mysterious rodent haunting the tunnel behind the Mets dugout. Definitely that and nothing about baseball. You seriously cannot make this stuff up.

Lindor spoke first after the game, smiling and joking in response to the questions he had to know were coming his way. He stuck to his story, no matter how skeptical the Mets’ beat reporters interrogating him might have been. Abbott and Costello could not have done it better.

Next question: But why did half the dugout rush down there?

“Because of the rat, man,” Lindor insisted. “They couldn’t believe we were going back and forth between the rat and the raccoon. I swear this thing was fricking big.”

Next question: What happened to that rat?

“Probably one of the groundskeepers came and grabbed it,” Lindor said. “I still have to go back and see whether it was a rat or a raccoon.”

Next question: Have you ever seen rats previously?

Next question: You seemed either angry or fired up when you hit that home run. What was going through your mind?

“A lot, because I finally helped the team score some runs. It’s a lot of emotion for sure.”

Next question: There’s some skepticism because it didn’t seem like a humorous situation. There was no tension at all in that situation?

“I was mad on the field because I didn’t make the play, so that’s why it probably looked like I was angry,” Lindor said. “And Jeff, because I was going against him whether it was a rat or a raccoon, of course he’s going to be mad.”

Mazeika spoke next and mercifully was mostly able to just talk about his big moment in helping the Mets win in what was his second-ever big-league game. But when asked, he said, “I heard something about a rat or a raccoon. All I saw was some guys down in the tunnel looking for it. I don’t really know what happened down there.”

Rojas was up next and said that all he remembered was going down into the tunnel and encountering Lindor.

“When I went down to check, the one thing I ran into was Francisco, saying, ‘Go play ball. Let’s go play ball, Luis,'” Rojas said. “We just came back up. Nothing more than that. This was a big team win.”

OK. And the rat/raccoon/possum story?

“Francisco has his reasons to share that, and also any of the players who were there before the coaches, probably, and me, too. I don’t know exactly what happened.”

McNeil finished up the show.

“Like [Lindor] said,” McNeil said. “A nice debate about a rat or a raccoon. To be honest, I thought it was actually a possum. So not a raccoon, but a possum.”

But definitely not a sloth. Anyway, as for the idea of discord between the Mets’ starting middle infielders, the rat/raccoon/possum hunt turned into a big love fest.

First Lindor said, “I can bring [McNeil] out and probably give him a kiss on the cheek, if you guys want. It was just a rat, man. We good, man.”

After Rojas said that they worked great together, McNeil gushed, “It’s been fantastic. We work well together up the middle. Just very positive all the time. He’s just fantastic to be around.”

And, with that, the great rat/raccoon/possum investigation ended for the evening. What did it all mean? Did that really happen? Well, of course it did. This is, after all, the New York Mets.

“We just like to have fun,” McNeil said. “Rats in New York are a thing.”

“People can believe whatever they want,” McNeil said. “It’s a tight-knit clubhouse. A lot of fun and there’s a lot of positivity between this group.”

OK, then. Say, does anybody have the number of an exterminator?