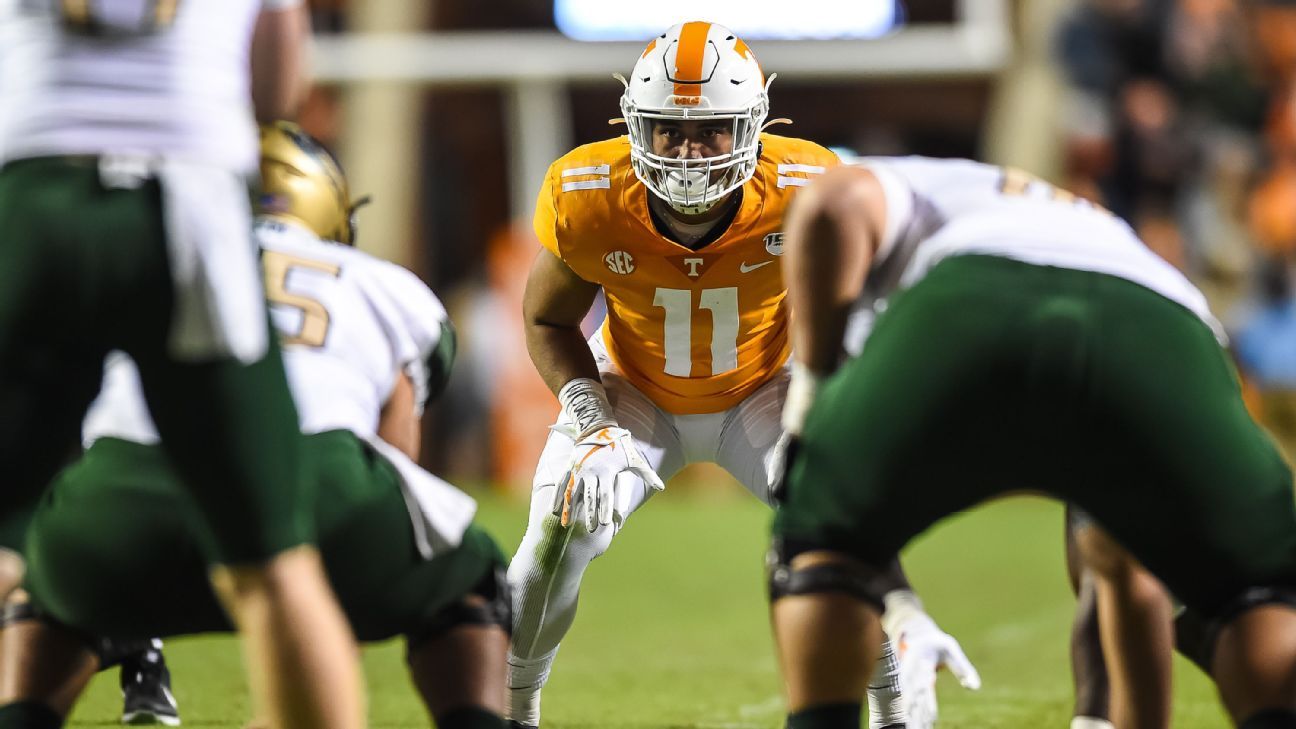 The addition of To’o To’o goes a long way in solidifying Alabama’s linebacker corps after the departure of senior Dylan Moses to the NFL.

To’o To’o, a California native and former No. 4-rated outside linebacker in the Class of 2019, started all 10 games at weak-side linebacker last season and led the Vols with 76 tackles, including 10 tackles for loss.

It’s the second straight week that Alabama coach Nick Saban has pulled a potential impact player from the transfer portal.

Last week, former Ohio State starting wide receiver Jameson Williams announced that he would be going to Alabama as well.

Williams will be immediately eligible under a new NCAA policy allowing transfers to change schools once without having to sit out a year of competition.

The timing of To’o To’o being allowed to compete at Alabama is complicated by an SEC policy that requires transfers within the conference to sit out a season.

However, many conferences, including the ACC, have done away with similar policies this offseason.

Alabama is scheduled to open the season in Atlanta on Sept. 5 against Miami.