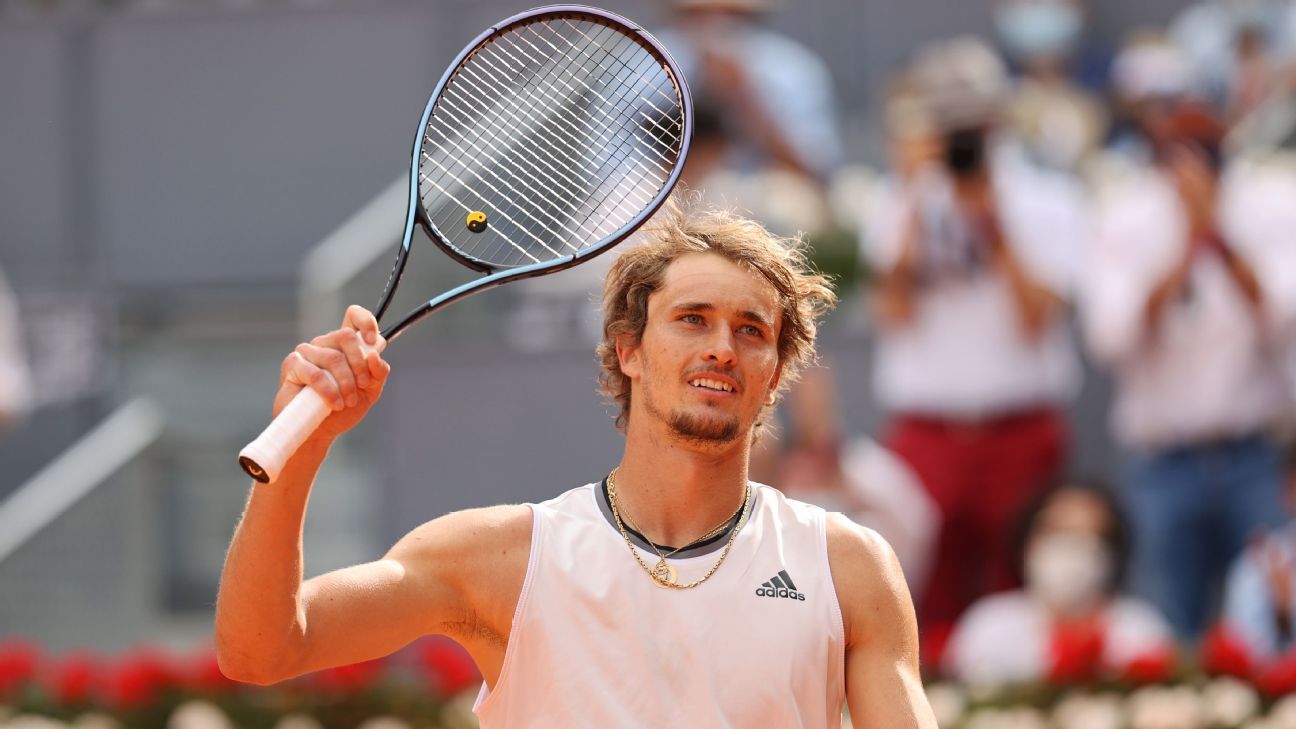 MADRID — Alexander Zverev followed his triumph over Rafael Nadal with a win over Dominic Thiem to reach another Madrid Open final on Saturday.

Zverev broke Thiem’s serve once in the first set and twice in the second on the Magic Box center court.

The German has yet to drop a set, including against Nadal in the Friday quarterfinals. Zverev will face either No. 10 Matteo Berrettini or Casper Ruud in the final.

Zverev will be trying for his second title of the year after Acapulco in March.

Thiem was playing in his first tournament since March after consecutive losses in Dubai and Doha. He has mostly struggled since winning the US Open for his first grand slam title.