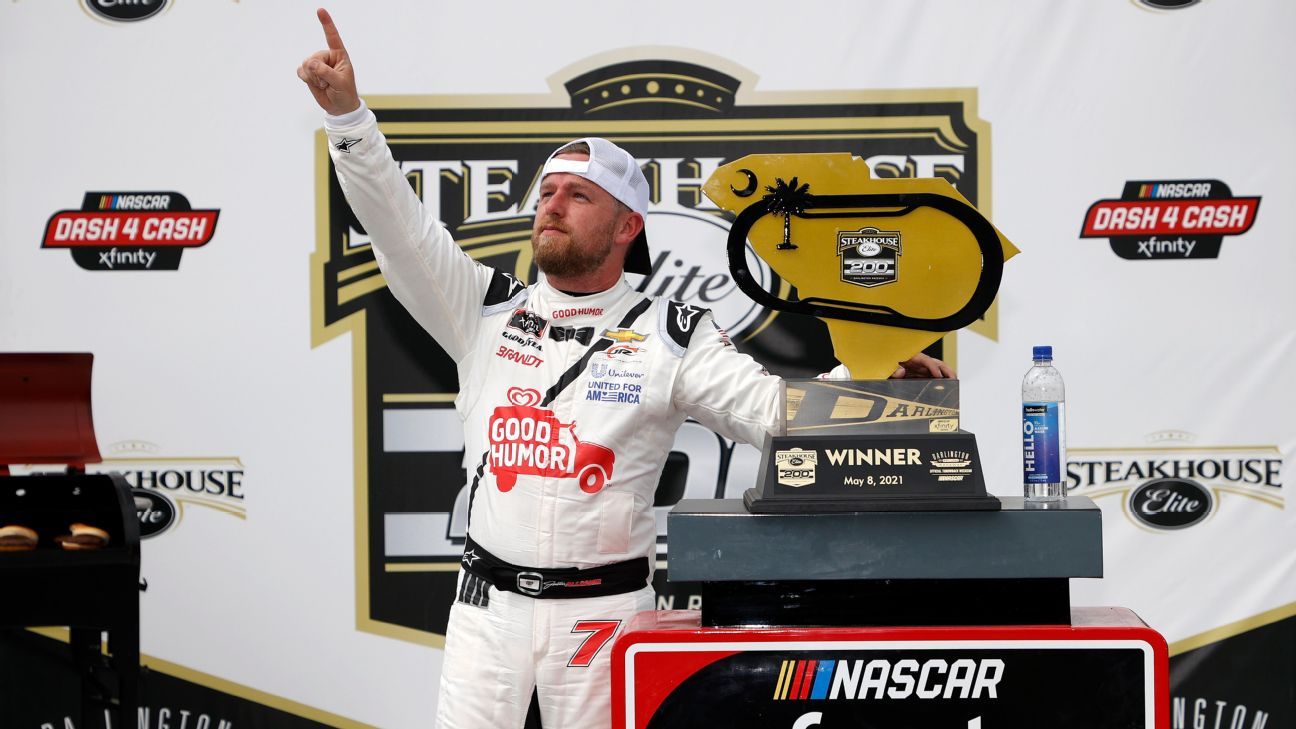 Allgaier didn’t move in front until the final 10 laps, when he passed Berry for the lead. Then the race’s eighth and final caution five laps later set up the two-lap overtime shootout for the win.

Allgaier took the outside line and, while Berry edged in front briefly, he powered past him to take the checkered flag.

It was Allgaier’s second win in the past four races and his 16th career Xfinity victory.

It certainly was an Earnhardt-themed race. Along with four drivers in the field, co-owner Dale Jr. drove a vintage pace car in honor of his late NASCAR Hall of Fame father to start things off.

Earnhardt Jr., who retired from full-time racing, last competed at Darlington in 2019 with a fifth-place finish in an Xfinity race. He plans on getting behind the wheel at Richmond for the Xfinity race on Sept. 11, honoring victims of the 2001 terrorist attacks.