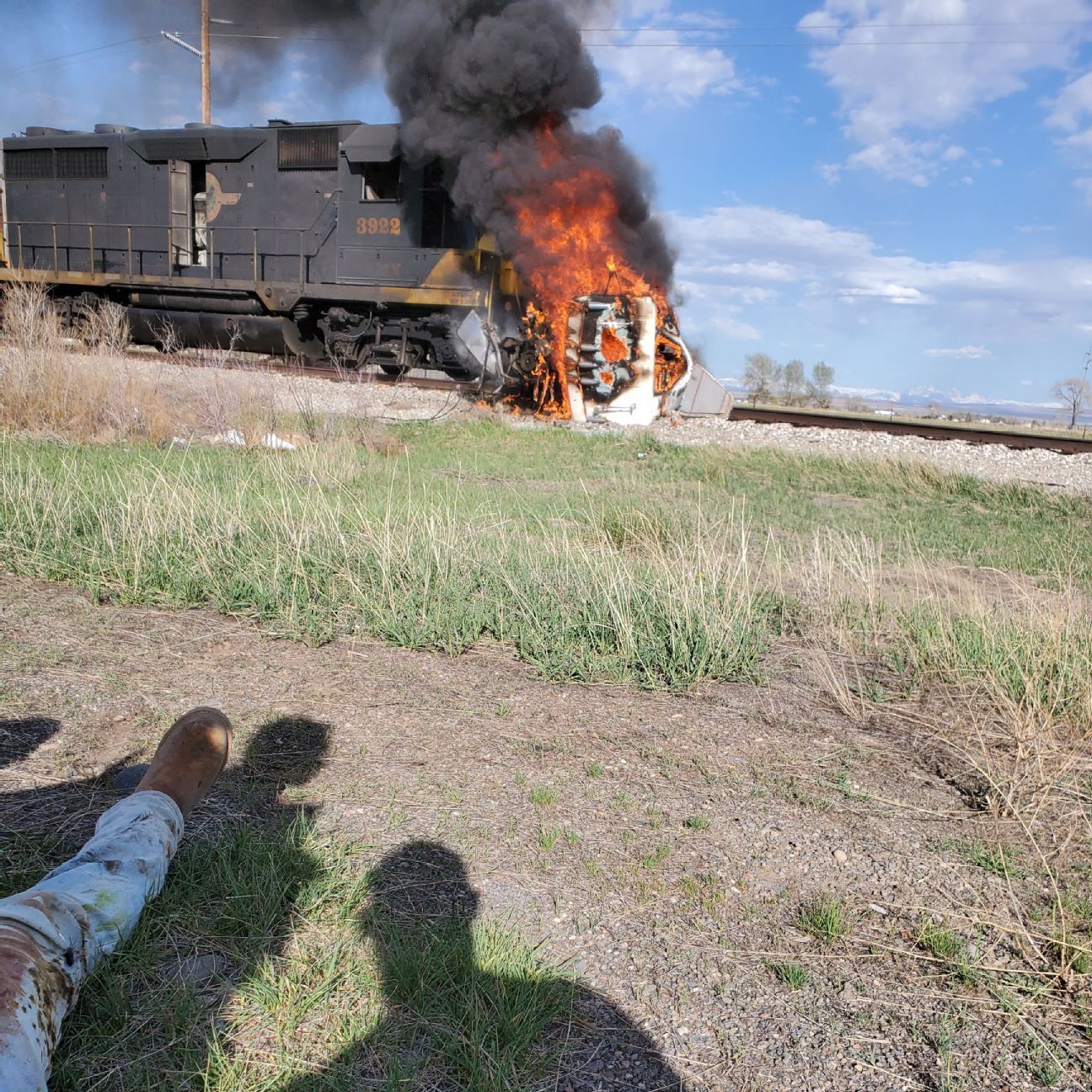 Former NFL defensive end Brandon Bair saved a man from a flaming semi-truck minutes after it had been struck by a train, according to East Idaho News.

Bair said he was driving on a highway in St. Anthony, Idaho, on Thursday when he saw a train plow into a semi-truck, triggering an immediate explosion. After calling 911, Bair was spurned into action after hearing a voice from inside the truck, which had caught flame following the crash.

“It was a conscious decision that I’m going in because he needs help right now,” Bair told East Idaho News. “I ran up to the window and saw dripping hot flames all over inside of the truck. I could see a guy in a seatbelt and was able to reach in and get it off of him. He was talking, and I told him we had to get out of here now.”

Bair said he climbed halfway into the wreckage and pulled 25-year-old Steven Jenson out through a rear window between the passenger and driver’s seat.

“We walked away, and within seconds, the fire on the roof fell down inside, and the whole seat and cab went up in flames,” Bair said. “A few minutes later, there were a couple big booms and explosives.”

Jenson was airlifted to an area hospital and was in a stable condition as of Friday morning, according to a hospital spokeswoman.

Bair, 36, signed as an undrafted free agent with the Kansas City Chiefs in 2011 after a collegiate career at Oregon. He went on to play for the Philadelphia Eagles and Oakland Raiders before retiring in 2015.