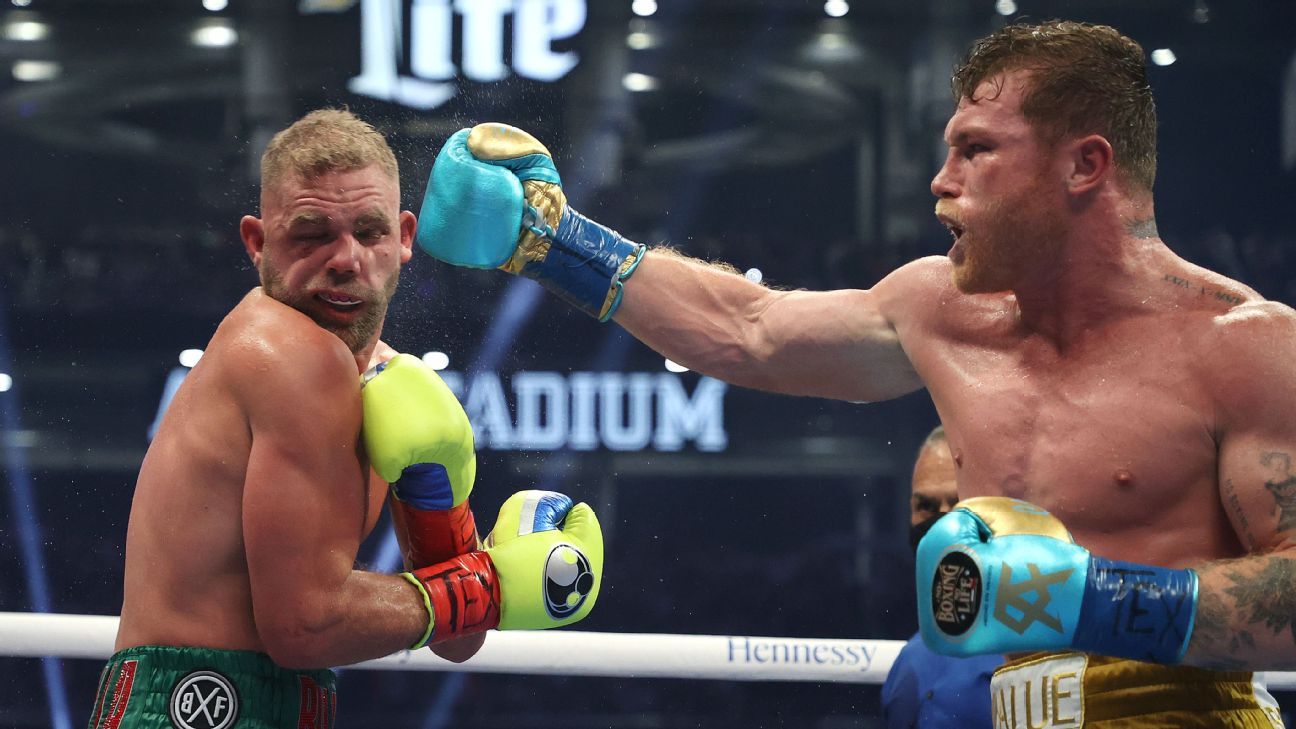 The first half of the super middleweight title unification fight between Canelo Alvarez and Billy Joe Saunders on Saturday at AT&T Stadium in Arlington, Texas, was closer and more competitive than many expected. But one big round tilted the scales to such a dramatic extent that Saunders couldn’t get off his stool after Round 8, with his eye swollen shut.

In the immediate aftermath of that conclusion, athletes, actors and celebrities covered the spectrum of emotions and reactions to that result, and Canelo’s performance in the fight. They ranged from thoughts of a future rematch against a game Saunders, to appreciation of what Canelo is capable of in the ring. Eventually, Canelo himself weighed in.

Here are their instant reactions.

And thy aye all she wrote. Great shot from Canelo to injure Saunders. I thought BJS was winning that fight. I had him 1 round ahead going into that round. How did you all have it ?

That one I got right. Said on our podcast Saunders was picked by Canelo for reason, no power and in front where you can find him and bang body. Credit to Canelo, he executed. @TheFightWTA #CaneloSaunders

#Boxing fans, you’re watching an all time great in the absolute prime of his career. Enjoy it, because guys like Canelo don’t come along so often. Congrats to @Canelo and @CANELOTEAM, the best in the biz right now. #CaneloSaunders @DAZNBoxing

Canelo chipping away at Saunders then… would he have taken him in another round?
I had it 5-2 Canelo and 1 round even at the time of stoppage by the way …how you score it??#CaneloSaunders

Nice KO win for Canelo, great event in front of 70K people. GGG still his toughest fights after Floyd, arguably winning the first if not both, there’s a reason for no third fight when you can get fights like this. Canelo very dominant #congrats

Billie jo quit, but it was a great choice he was gonna get hurt the next rounds. CANELO just turned up the gear

They need to run that back. Canelo v Saunders 2!

Canelo is special. No doubt about it.