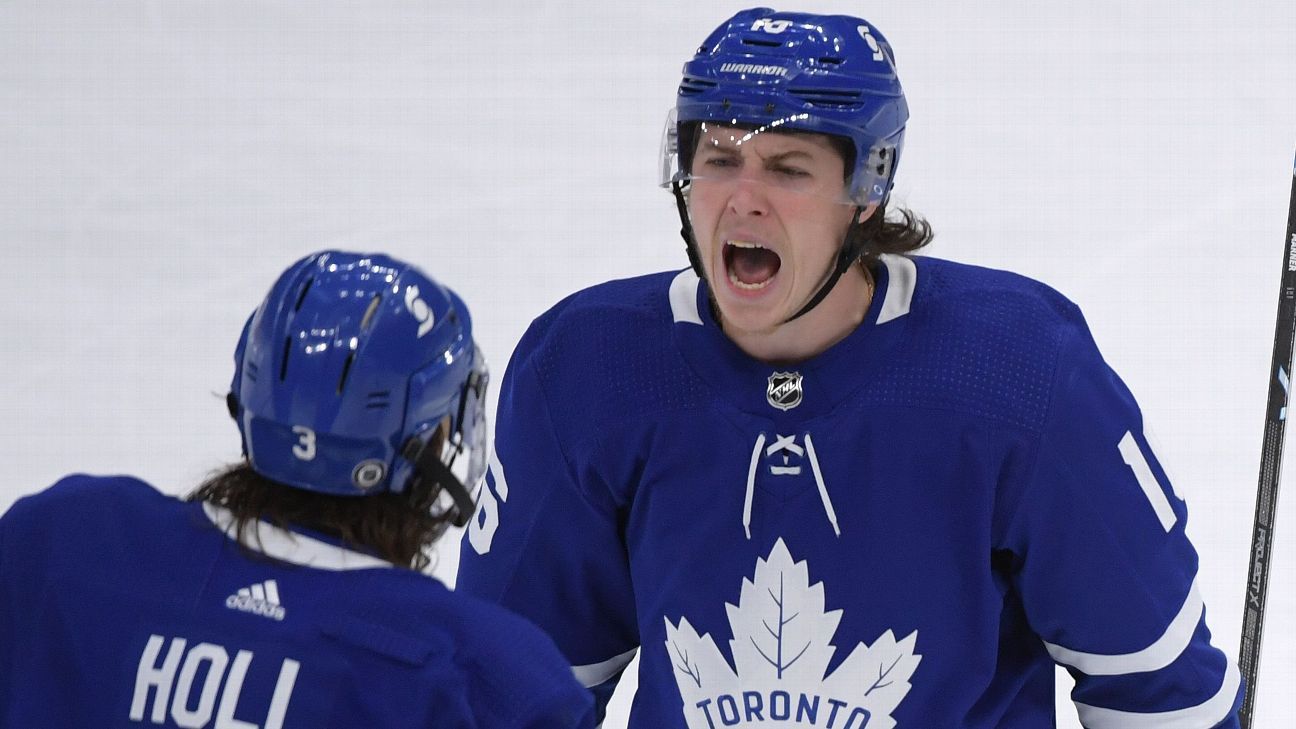 TORONTO — In a preview of what could be a marquee matchup in the postseason’s first round, Mitch Marner scored his 20th goal of the season as the Toronto Maple Leafs outlasted the rival Montreal Canadiens 3-2 on Saturday night.

With the victory, Toronto clinched the North Division title, its first division crown since 2000, and kept itself in line for an 80-point season. The Maple Leafs have 76 with two games left.

“Obviously, it’s huge, and it’s something we’ve been working on all year,” Toronto forward William Nylander said. “To see that it finally pays off, the hard work, it’s just part of the job. We’ve got first place, and now the real work begins.”

Indeed, it’s been lonely at the top for Toronto, which has occupied first place most of the season. In fact, as of the league’s 116 days through Saturday’s action, Toronto has been in first place for 106 of them.

Nylander and Pierre Engvall also scored, and Jack Campbell made 21 saves for the Maple Leafs, who went 7-2-1 against the Canadiens in the season series. With 57 points, Montreal has a chance to catch the Jets for the No. 3 seed in the North, but Winnipeg has a game in hand on the Canadiens and two more points.

“We’ve been grinding for a lot of our goals,” Nylander said. “It’s nice to see those go in, and hopefully, that can continue down the stretch.”

It’s more likely that these the two Original Six rivals will meet in the Stanley Cup Playoffs for the first time since 1979.

“This is something that we put our goal to. Obviously, it’s not the pending goal that we want, but it’s step two of the process,” Marner said, referring to a playoff berth preceding the division title. “And we just have to make sure we keep the pedal down.”

“They were attacking us a little better, and maybe we didn’t handle it all that well,” Montreal forward Eric Staal said of Toronto’s push in the second period. “But it was tight out there, both ways.”

More of the same is likely in story for Round 1.

“I think it’s what the fans probably want,” Marner said with regards to the potential playoff matchup. “Both teams play hard, and obviously, every team wants to win.

“It’s a fast-paced game out there. Both teams have a lot of skill and speed.”