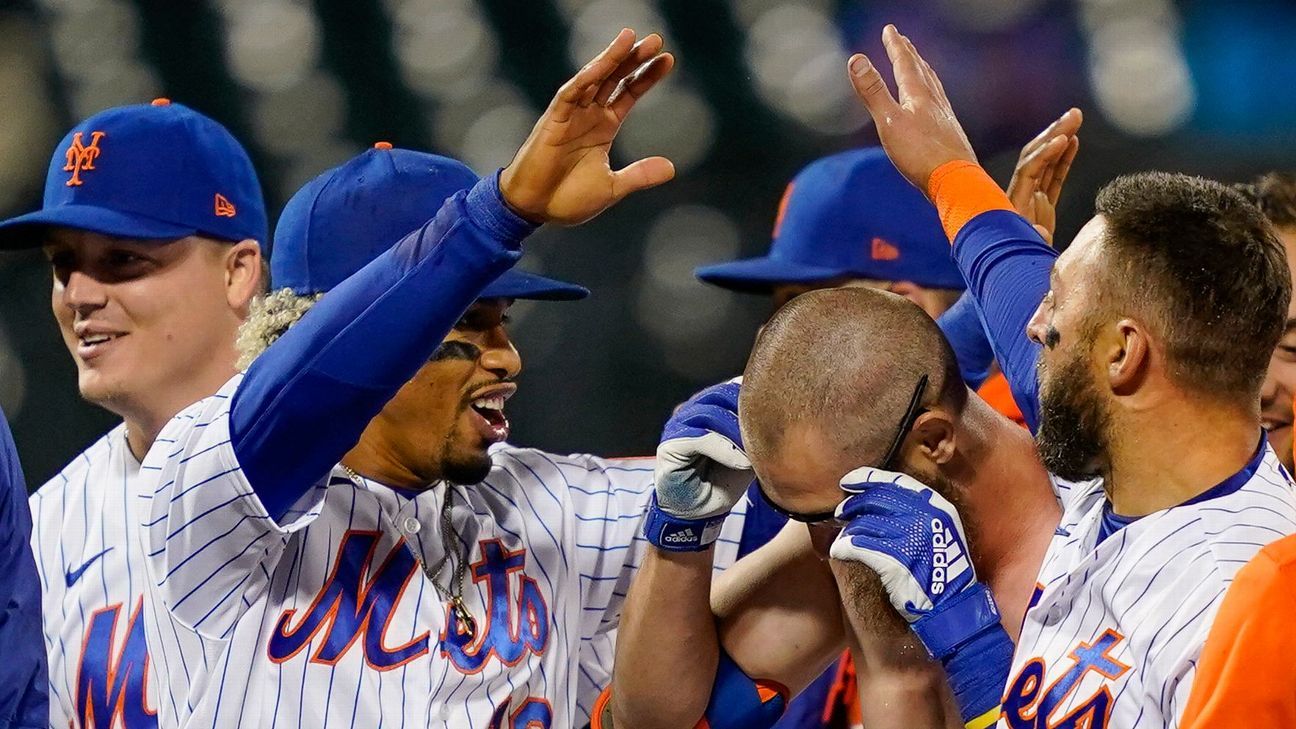 Scott said Saturday it was “unfortunate” that Lindor and teammate Jeff McNeil attempted to dismiss their dust-up by bizarrely claiming they were arguing over a critter spotted in the clubhouse tunnel — Lindor said it was a rat, while McNeil indicated it was a raccoon or possum.

The disagreement happened out of view of television cameras, but New York’s broadcast showed other players and coaches rushing into the tunnel to break up some sort of commotion.

“You’d have to ask the players why they chose to handle it that way,” Scott said Saturday. “Not how I’d go [about it]. I think what’s unfortunate is it’s a little bit of a bigger story than it needs to be and it takes away from one of our best wins of the year. That was a great win last night.”

Lindor homered in the seventh, a half-inning after the exchange, keying a 5-4, 10-inning victory over the Arizona Diamondbacks.

“The rat or possum story is something that our guys were talking about early this afternoon,” Diamondbacks manager Torey Lovullo said.

The apparent clash between Lindor and McNeil came a half-inning after they miscommunicated on an infield single by Nick Ahmed. Both players appeared sullen over the next few innings before offering smiles during separate postgame videoconferences with reporters in which they insisted their beef was over rodents — and not slow rollers.

Neither Scott nor Mets manager Luis Rojas confirmed the exact parameters of the argument.

“Certainly it’s something that they didn’t want to get into too much detail about, so I respect that and know kind of the code of the clubhouse,” Scott said. “The one thing I’ll just say generally is not specific to the situation but just broadly — these guys are competitive. They want to win. They are like a family.

“They spend so much time together and sometimes, like a family, there’s disputes and debates and arguments. At the end of the day, you go out there and grind out a great win and you walk away still brothers.”

The Mets’ comeback from a four-run deficit was their biggest of the season.

It came amid a week of ups and downs with the club, which won a dramatic, controversial game in Philadelphia on Sunday night, after an overturned home run call that cost the Phillies a tie game. And then a day later, after a loss in St. Louis, the Mets fired hitting coach Chili Davis and assistant hitting coach Tom Slater.

While Scott hoped to move on from the viral vermin story, the entertainment team at Citi Field leaned into it. Shortly before first pitch Saturday night, a new quiz game debuted on the scoreboard, asking fans, “Rat or Raccoon?”