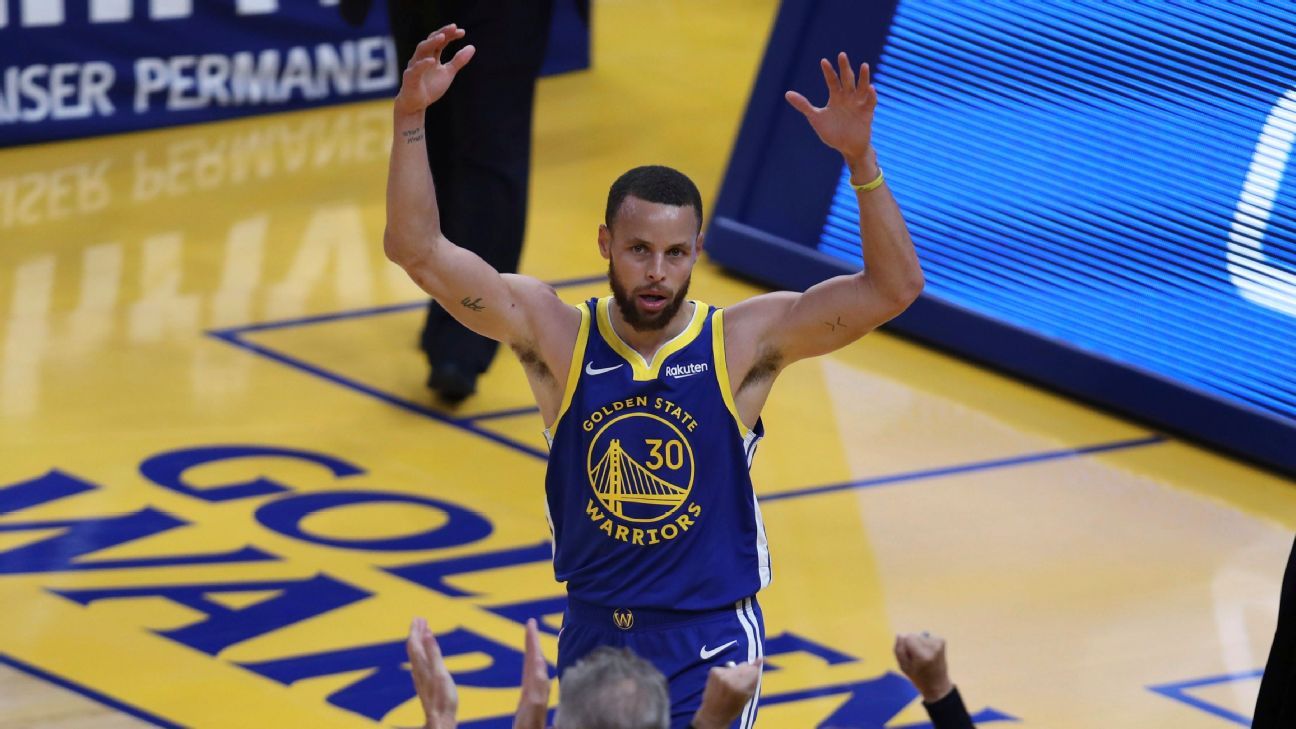 With the addition of play-in games to the 2021 NBA playoffs, the scramble for seeding is wilder — and more important — than ever, with almost every game down the stretch having significant postseason implications.

Here’s a breakdown of all the key games from Saturday and what the results mean for the seedings, plus a look at what the play-in matchups would be if the season ended today:

Stephen Curry offered up another reminder of why the rest of the Western Conference wants no part of him in any postseason game. Curry dropped 49 points in Saturday’s 136-97 win over the visiting Oklahoma City Thunder. The latest offensive explosion was the seventh time this season Curry has made 10 or more 3s — and the fifth time he has hit the mark in his past 15 games. With the victory, the Warriors stayed in eighth place in the West standings, half a game ahead of the Memphis Grizzlies.

The Warriors have four more home games to close out the regular season, but they face a difficult back-to-back on Monday and Tuesday, against the Utah Jazz and Phoenix Suns. The Warriors also have a season-ending showdown against the Grizzlies looming in San Francisco a week from Sunday. — Nick Friedell

The Nets’ win on Saturday snapped their longest losing streak of the season at four. Now, Brooklyn has four remaining games to continue to refine its rotations, build chemistry and solidify its playoff seeding. While the Nets are all but guaranteed at least the No. 3 spot, the win over Denver puts Brooklyn half a game up on the Bucks — who own the tiebreaker in the series — in the race for the No. 2 seed in the Eastern Conference.

Any nervousness about the Nets’ current stretch must be tempered by the recognition of James Harden‘s imminent return. Harden has been a key to unlocking the Nets’ offense, and since his debut on Jan. 16, the Nets are 23-5 when at least two of the Big 3 play and one of them is Harden, according to ESPN Stats & Information research. — Malika Andrews

The Wizards won in overtime for a second straight game and moved ahead of the Pacers in the Eastern Conference standings. Washington is now the No. 9 seed, with Indiana No. 10. Russell Westbrook tied Oscar Robertson for the most triple-doubles in NBA history, and the Wiz kept rolling to keep their playoff hopes alive.

• How the play-in tournament will work
• Current NBA standings

Game 2: No. 10 Indiana at No. 9 Washington — winner moves on in play-in; loser is eliminated

Game 3: Indiana/Washington winner at Boston/Charlotte loser — winner is No. 8 seed in playoffs