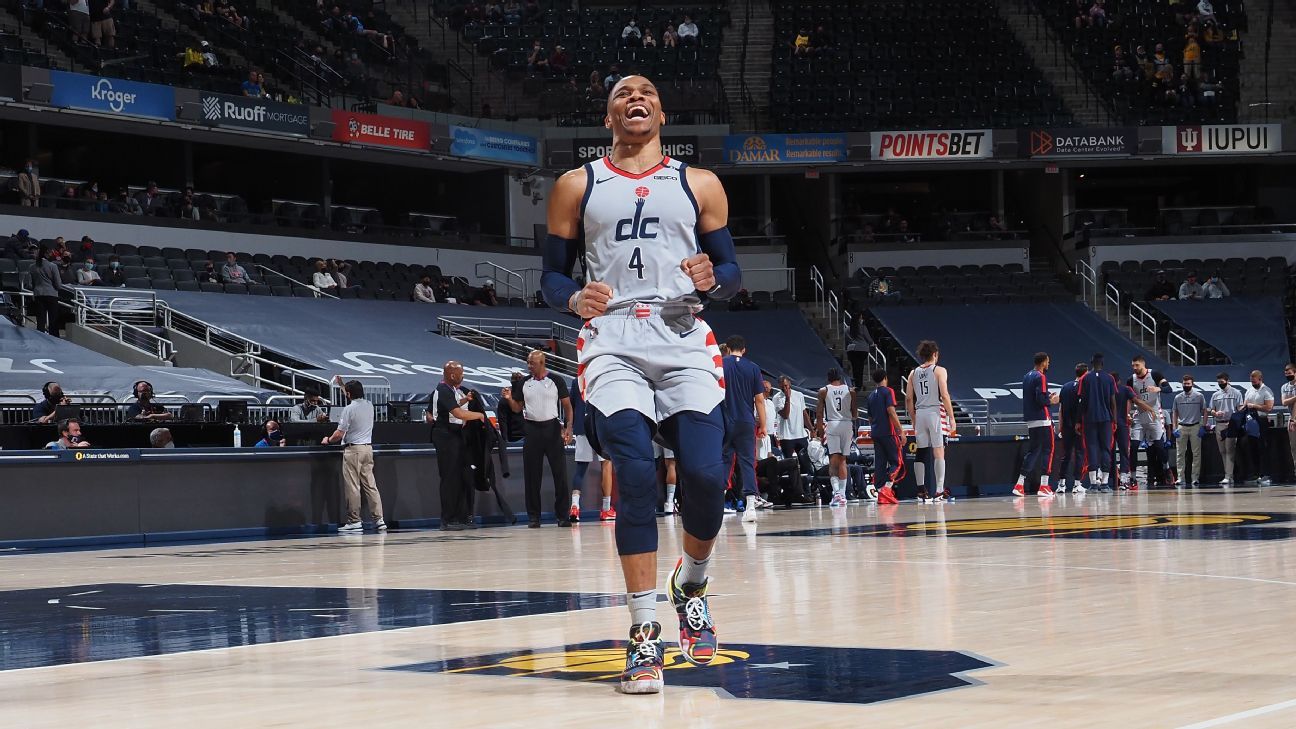 Russell Westbrook tied Oscar Robertson for most career triple-doubles with 181 and can own the record as soon as the Washington Wizards’ next game at Atlanta on Monday.

Westbrook matched the Hall-of-Fame point guard with 1:39 remaining in the third quarter against the Indiana Pacers on Saturday night. Westbrook has been on an absolute tear in his first season as a Wizard, registering his 35th triple-double this season. He had 14 in the month of April alone, the most in NBA history.

Westbrook, 32, already owns the distinction of having the most triple-doubles in a season with 42 back in 2016-17.

He earned his fourth consecutive triple-double when he dished his 10th assist to Bradley Beal near the end of the third quarter.

The last time an NBA all-time record was broken was when Ray Allen passed Reggie Miller on the all-time 3-pointers made list in 2011.