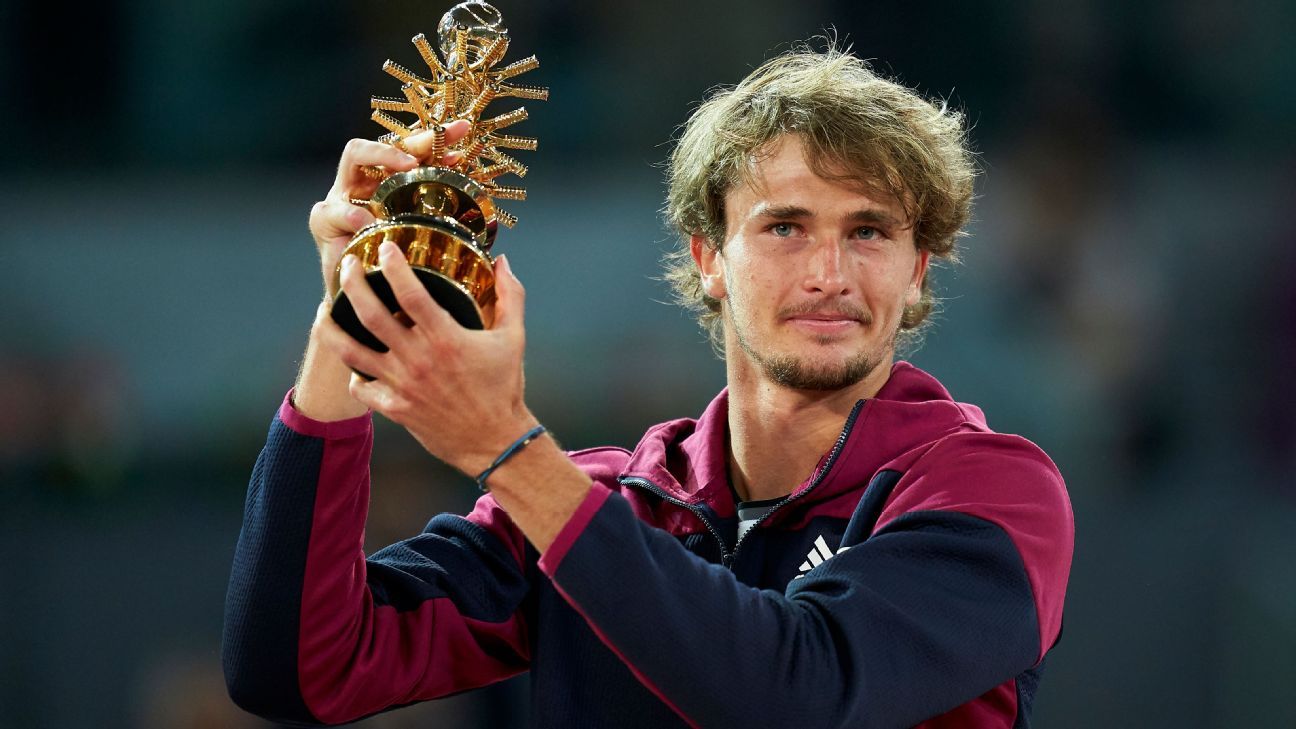 After beating top-seeded Rafael Nadal in the quarterfinals and fourth-ranked Dominic Thiem in the semifinals, Zverev rallied to defeat Matteo Berrettini 6-7 (8), 6-4, 6-3 for his second title this season. The sixth-ranked German also won the Mexican Open in Acapulco in March.

Zverev won his first Madrid title in 2018 in a final against Thiem. The win on Sunday gave him his fourth Masters 1000 title, and first in three years. Zverev will be trying to improve from his fourth-round appearance from last year at the French Open.

The 10th-ranked Berrettini won the title in Belgrade last week and was trying to win his first Masters 1000 trophy. The Italian has been gradually returning to form after struggling with an abdominal injury that kept him from playing his quarterfinal match against Stefanos Tsitsipas at the Australian Open. The injury kept Berrettini out until Monte Carlo, where he lost his opening match.

After exchanging a break each in the first set, Berrettini opened the tiebreaker with a 5-0 lead but allowed Zverev to come back. The Italian closed it out on his fourth set point after Zverev also squandered a set point in the back-and-forth tiebreaker.

Zverev, who finished with seven double faults, evened the match after breaking Berrettini at 4-4 and serving out to clinch the second set at the Magic Box center court, which had its roof closed because of rain in Madrid.

Berrettini, who ended with 50 unforced errors, squandered a break point early in the third set, and Zverev broke him in the following game to take the lead. He earned another break at the end, converting on his second match point to clinch the victory.

The Madrid Open was one of the first sporting events in Spain that allowed the presence of a limited number of fans. The tournament was among those canceled last year because of the coronavirus pandemic. Local health workers were honored by tournament organizers before the final on Sunday.